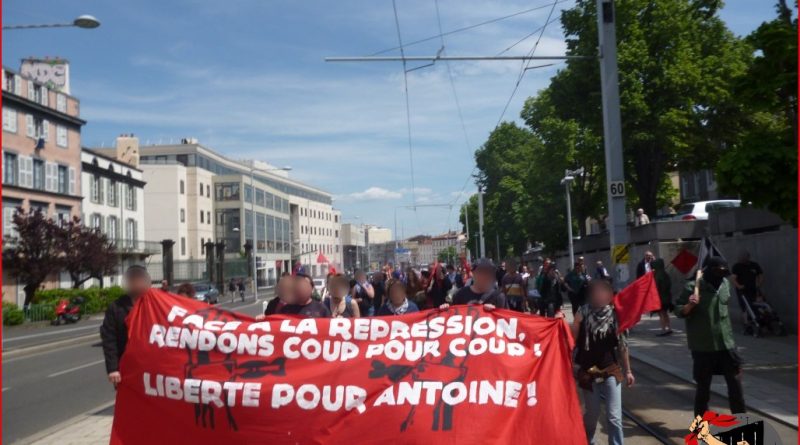 We republished here the account and the photos published on the Facebook page “Liberté for Antoine and stop the prosecution” of the demonstration in Clermont-Ferrand. Faced with repression, let us fight back blow for blow! Freedom for Antoine!

This Saturday, May 7, we held a demonstration in the streets of Clermont-Ferrand to denounce repression and police violence, and for the liberation of our Comrade Antoine, who will be held in prison until his trial on May 26.

Several speeches highlighted the need for unity in the face of repression against this government and this State which seeks by all means to divide us. Antoine was incarcerated because he refused to bow his head, and acts daily for the defense of workers, for a society radically different from today.

A self-defense squad was put in place in the demonstration to prevent the cops from attacking it. We cannot be spectators of police violence, we must organize to fight against it.

The demonstration was dynamic and the proposal is to repeat the demonstrations every Saturday until his release! According to demonstrators, Mayor PS Bianchi and police departmental director Fernandez should be sent to work in the mines, that would straighten out their ideas!

People from different cities, whether unionized or unorganized, organized politically or not, came to give their support and testify of their initiatives to extend solidarity, up to the international level. For sure, the letters that Antoine will receive from several countries will cheer him up!

We hope that future initiatives of the broadest unity can develop. This is the wish of everyone who was present.
To write to Antoine:

Faced with repression, let us fight back blow for blow!
Freedom for Antoine! 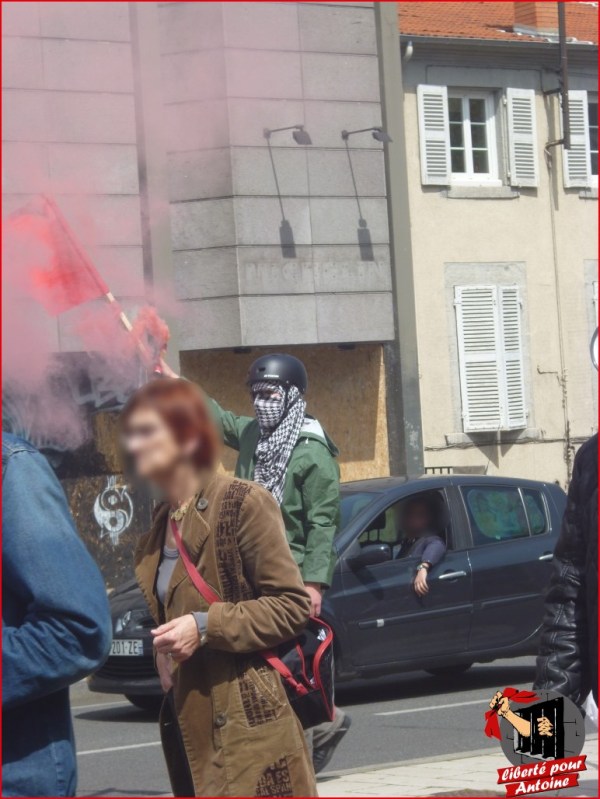 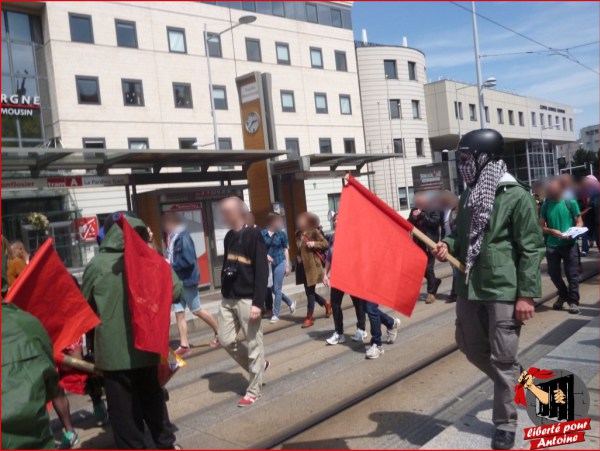 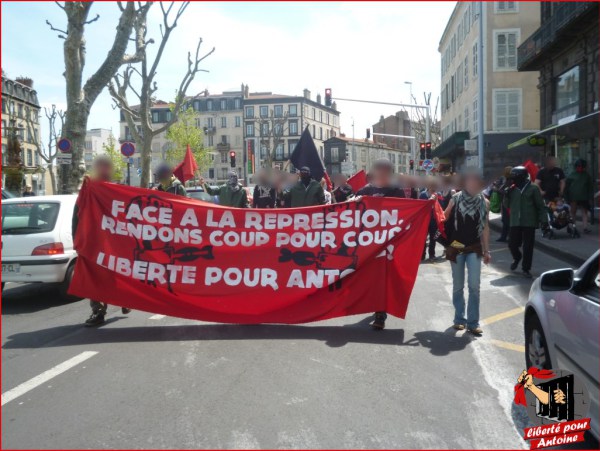 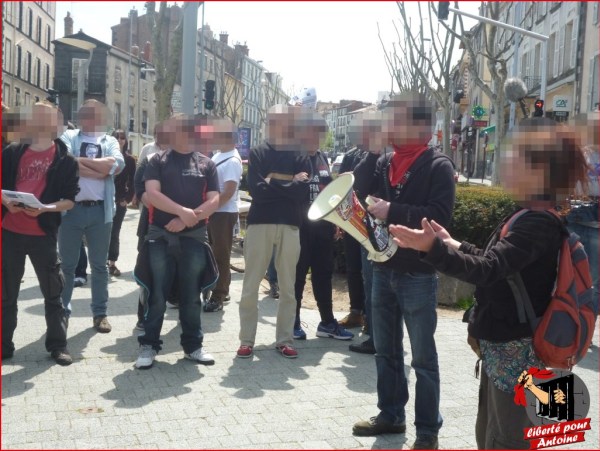 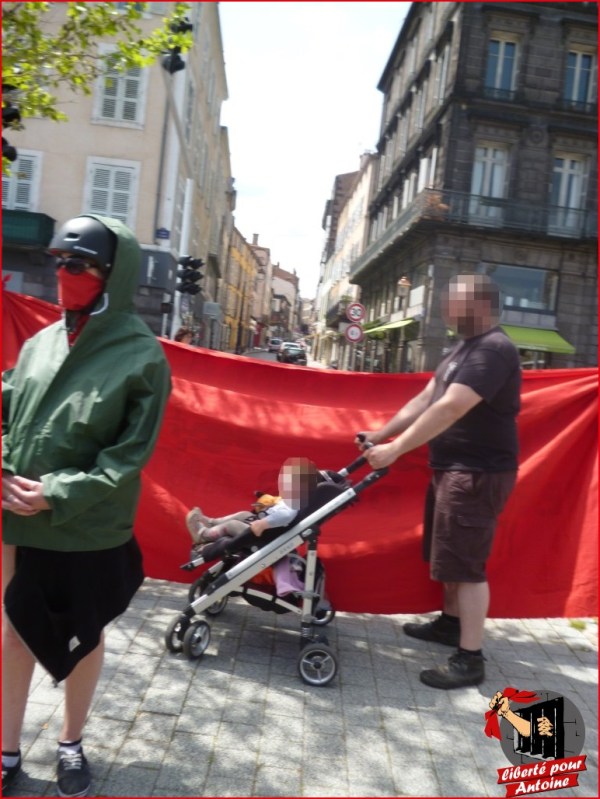 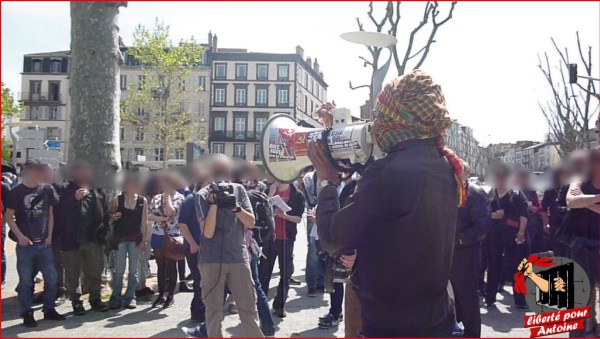 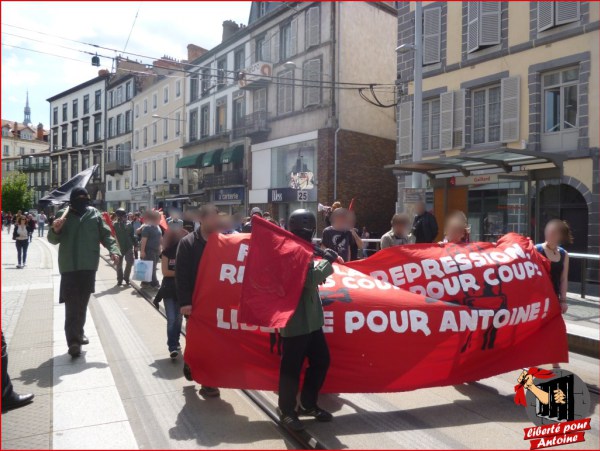 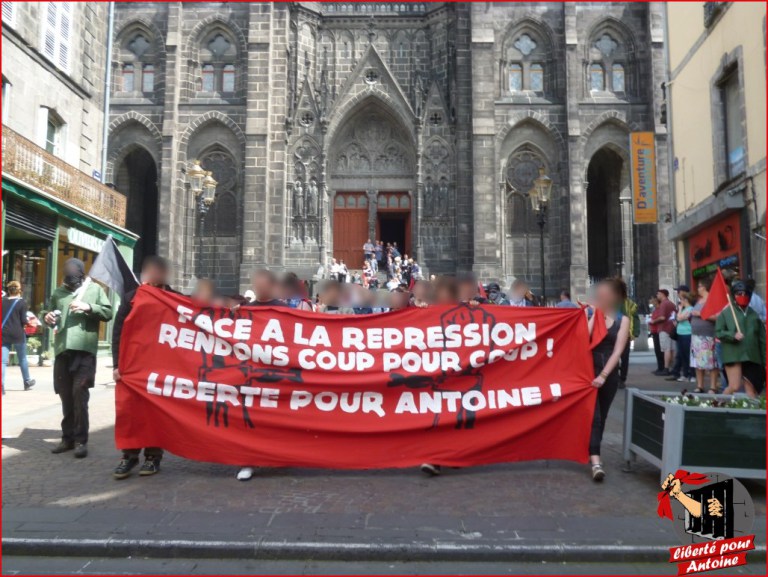 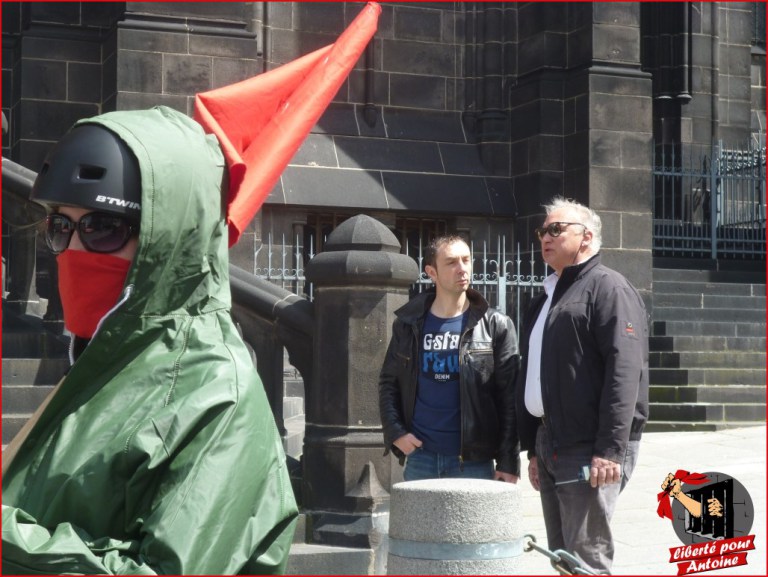 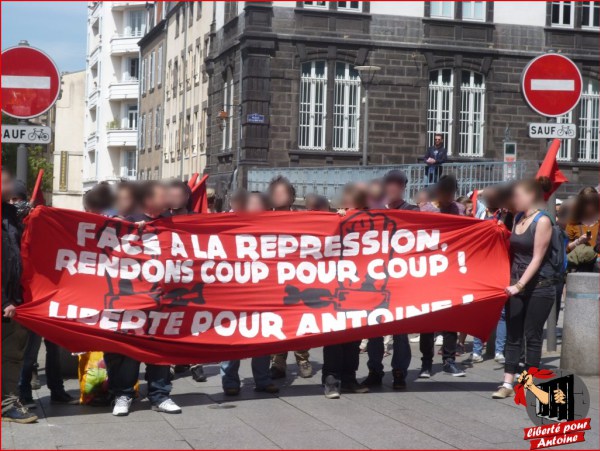 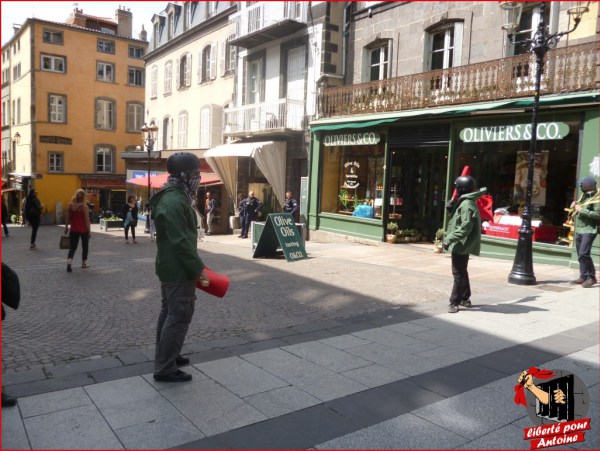 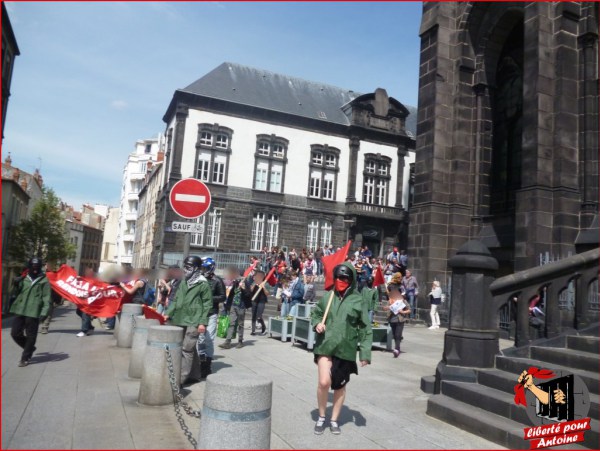 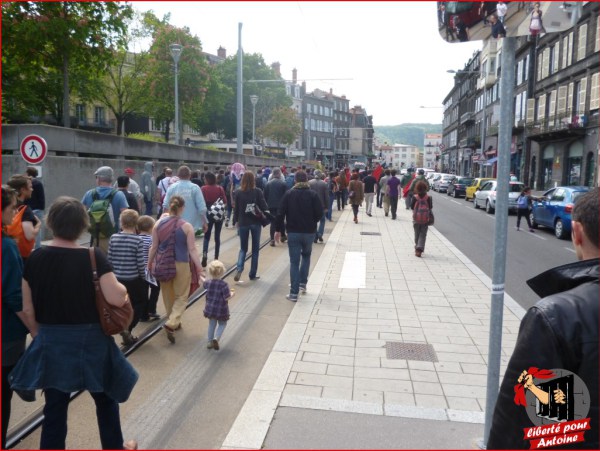 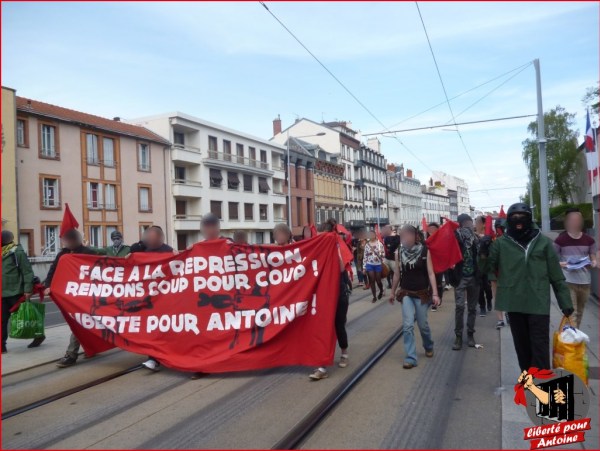 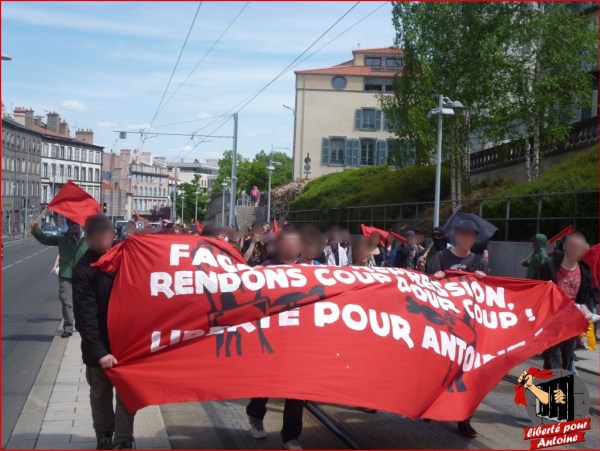 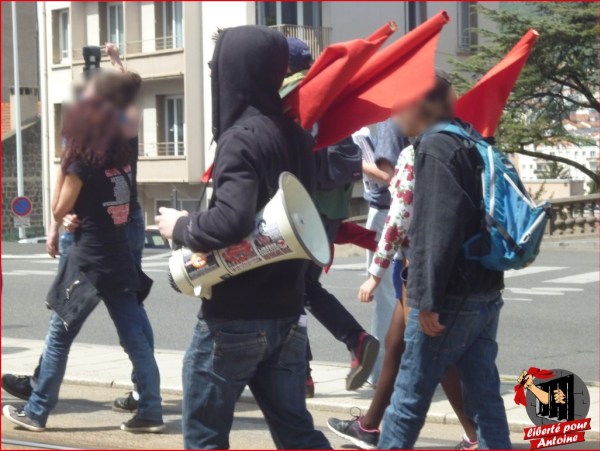