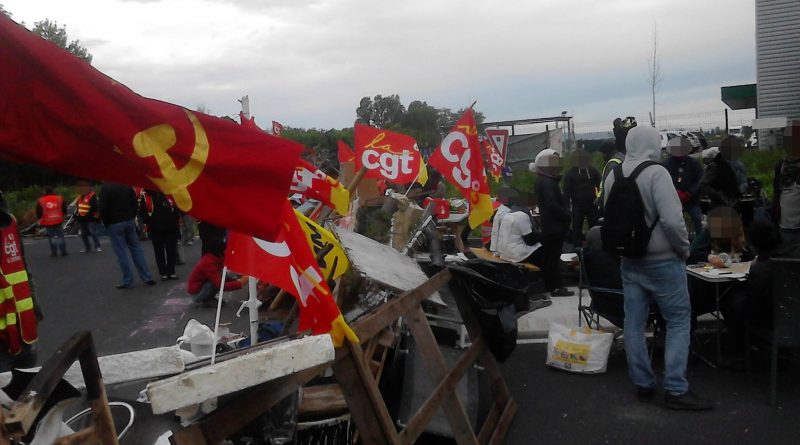 The media told us that the movement against the Labor Law has “lost momentum”. In reality, it’s a change of tactics that has taken place, amplifying the movement.

Since the big demonstration of 31 March, the basis of the movement has been pushing for blockades and occupation actions in order to develop the strike movement. Then there were many clashes within the unions, between the base, which was determined to not limit itself to only walk out demonstrations, which alone are of no use, and between the few timid leaders who obey the pressure of the prefectures (and therefore cops) to preserve their status.

With the 49.3 law, the balance of power began to shift and the first big actions began. We have seen everywhere in France, in different forms, development of unity at the base. On the pickets and blockades, we found the base of different sectors and trades united in action: transport, industry, construction, rail, education, students, peasants, the unemployed and the precarious, etc. And also the base of different unions, organizations and parties that find themselves united in actions of economic blockades to develop the strike. We thus find on the pickets, the base of different unions, Nuit Debout, revolutionary anti-fascists and various organizations and political parties.

This does not erase the contradictions that exist between the different political currents, and especially between the revolutionaries and the reformists. But in practice, foundations have been laid for the establishment of Base Committees, uniting the unionized and non-unionized. These Committees exist in fact in the struggle and the ties that are tied there are reinforced by common practice. Breaches have been opened in the union structures, which means that there is almost a situation of dual power, with a determined and combative base that rejects the leaders who break the strike and blockade. It is a complex situation, which takes very different forms according to the localities. But what is common throughout the territory is the developing unity at the base and the struggle against all those in the movement who have been preparing for defeat from the beginning.

This dynamic seems hard to stop. In all blockade actions, we see that the vast majority of the population is supportive of the movement and encourages it. These same blockades have left whole companies out on strike (some of them with 100% striking workers!). And those actionz, the established power sees. In the media, their leaders express themselves with the arrogance and fear; In the assemblies, comrades express themselves with the determination of worker pride.

Their attempts at division (between “breakers” and “responsible demonstrators”) do not work on the picket lines. Contradictions between the demonstrators do exist, but they are secondary. And their repression unites and strengthens more than it breaks the movement. In an example among others, there were at least 600 people in front of the Clermont-Ferrand court to support Antoine, an activist of the Revolutionary Antifascist Cell of Auvergne and a CGT trade unionist, imprisoned for one month (who was liberated after the trial).

Despite this, the struggle is not over, and divisional maneuvers continues, on one hand from the government through its watchdogs and on the other from rotten union leaders. We can overcome them only by pushing for a still higher level of the unity at the base that is developing, by systematizing practices of economic blockade aimed at extending the strike, by reinforcing revolutionary political consciousness on the pickets, by extending mass participation in the movement.

The next step is to amplify even more the numerous strikes and blockades to prepare a red tide on Paris on the 14 June. Faced with the power of the working class and of the popular masses struggling, the government won’t be able to stand for long.

Let’s develop the unity at the base!

Let’s reinforce the revolutionary dynamic in the movement! 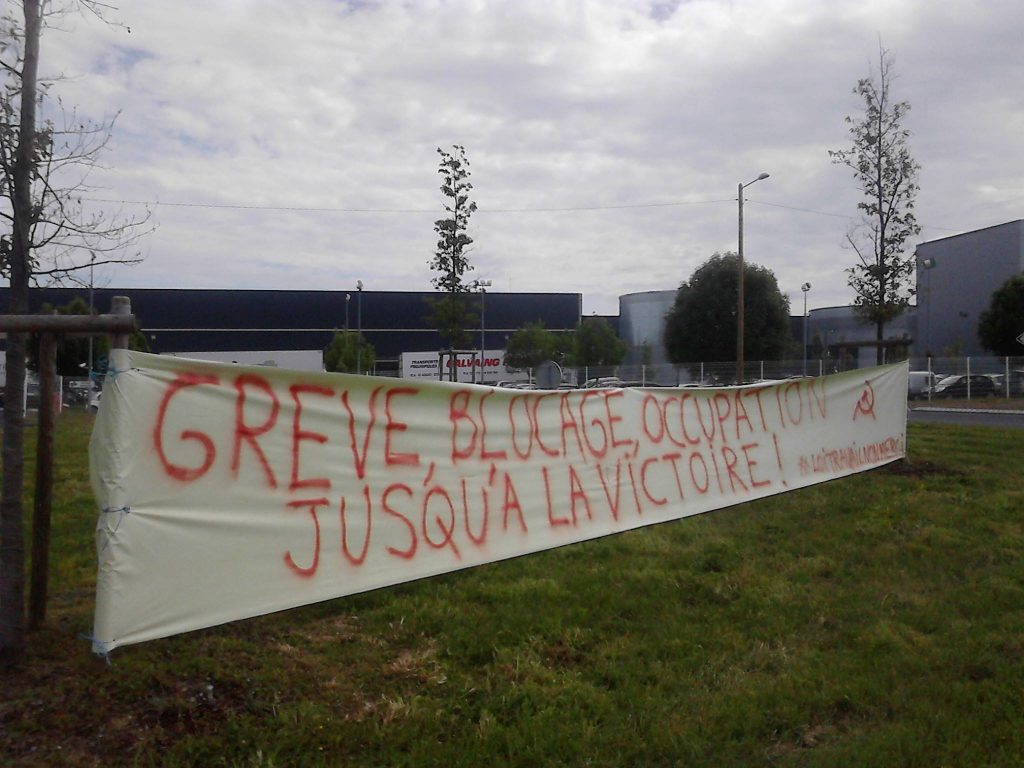