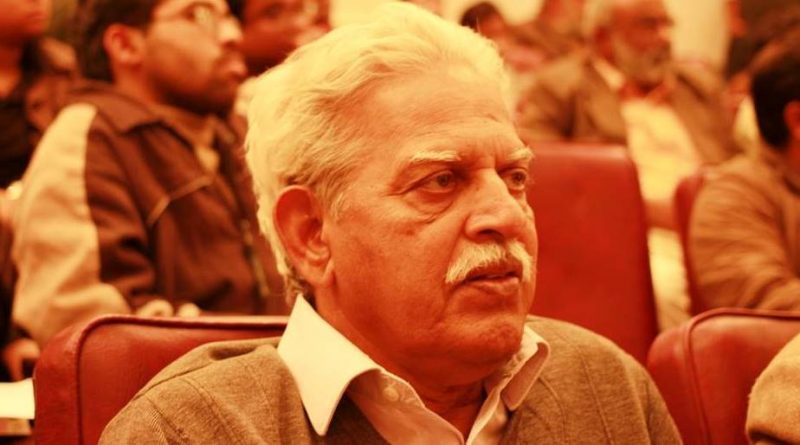 As the media is agog with the disturbing news of Varavara Rao’s health condition, particularly the head injury he suffered by the time he was brought to Nanavati Hospital, his family is not informed at all about any update officially. Not sharing health updates of a person in judicial custody with his family is illegal, unconstitutional and inhuman.

While he was shifted from Taloja Jail to JJ Hospital to St George Hospital to Nanavati Hospital during the last one week, the family got an official information only when he was tested Covid positive. All the other information is known to the family through secondary sources. When he was moved to St George and family came to know about and tried to get confirmation, jail authorities gave confirmation only. The information of shifting him to Nanavati Hospital and worrying news of health status and deterioration for the last two days, including Nanavati finding a head injury, was known to family through friends in media and civil society only. In the absence of official and transparent information, various speculations, rumours and half truths are also being spread causing further anxiety to family and friends.

Today’s news that he suffered a head injury whether in JJ Hospital or St George, but discovered on arrival at Nanavati, made us highly perturbed and worried about his safety and well-being. It is the family’s right to get official transparent updates on his health status, line of treatment and probable risks, but the concerned prison, police and health administrations in a gross dereliction of their duties have not come out to family with the much needed information. This is not only a gross violation of the family’s right to information, but also a grave misconduct on the part of the state government institutions.

Thus we demand the Maharashtra government