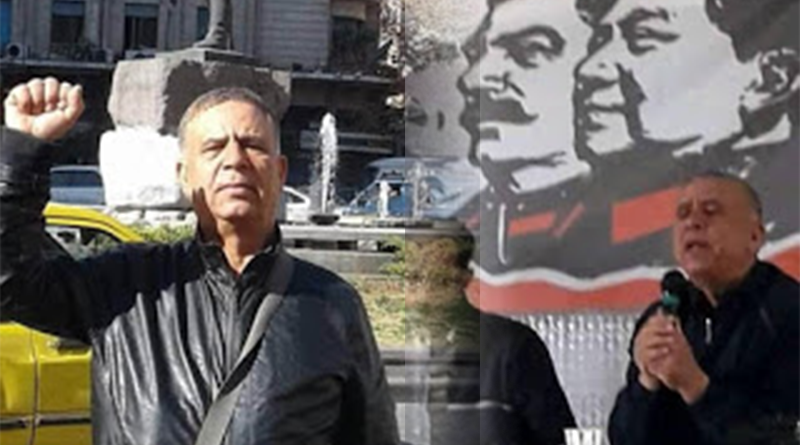 Maoist Communist Party of Italy expresses the maximum solidarity with Comrade Farid Alibi, former general secretary of the Elkadehines party and current member of its political bureau subject to a repressive mount by the police forces at the service of the bureaucratic-comprador and reactionary Tunisian bourgeoisie.

In the country that is painted by the imperialists and their lackeys as a democratic example in the Arab world or as “the only country in which the Arab spring has blossomed” comrade Farid Alibi has been kidnapped and imprisoned for an “opinion crime”, for having denounced the role of the police, which in this phase of crisis in the country which is the scene of numerous strikes and riots, is mainly at the service of a particular faction of the Tunisian bureaucratic and comprador bourgeoisie represented by the Ennahdha ruling party (the Tunisian section of the Muslim Brotherhood).

We know Comrade Farid not only as a well-known Tunisian philosopher and intellectual but above all as an internationalist revolutionary who works in the service of advancing the conditions of his country for a New Democracy Revolution and in the service of the World Proletarian Revolution.

The wide solidarity received by the comrade after a few hours from the cowardly repressive action shows that the latter will backfire on his principals and executors.

Freedom for Comrade Farid Alibi!
Against the criminalization of freedom of expression!
Long live the Tunisian people in Revolt!
Long live the Party of the Elkadehines!
It’s Right to Rebel!