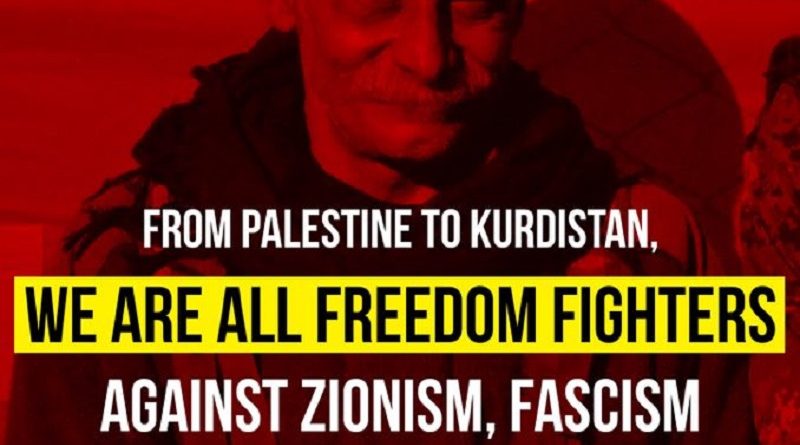 The Popular Front for the Liberation of Palestine mourns and salutes Comrade Nubar Ozanyan, known as Comrade Orhan, of the Turkish Communist Party Marxist-Leninist (TKP/ML) who was martyred while struggling against the reactionary forces of Da’esh (ISIS).

Throughout his 40 years of involvement in political struggle, he was committed to revolutionary solidarity and joint struggle to fight colonialism, occupation and oppression. He has a history of struggle in Palestine in the late 1980s against Zionist colonization and struggled together with our comrades.

Throughout his life, he remained committed to fighting Zionism, imperialism, fascism and all forms of reactionary forces. He represented the legacy of the heroic former political prisoner and political leader Ibrahim Kaypakkaya, committed to revolutionary struggle and people’s war until liberation of all of the peoples of the region.

We extend our condolences to the strugglers of the TKP/ML and all of the comrades struggling for liberation. We mourn the martyr and salute his ongoing path of struggle – the revolutionary path of workers and peasants confronting the brutality of capitalism, imperialism and reaction.