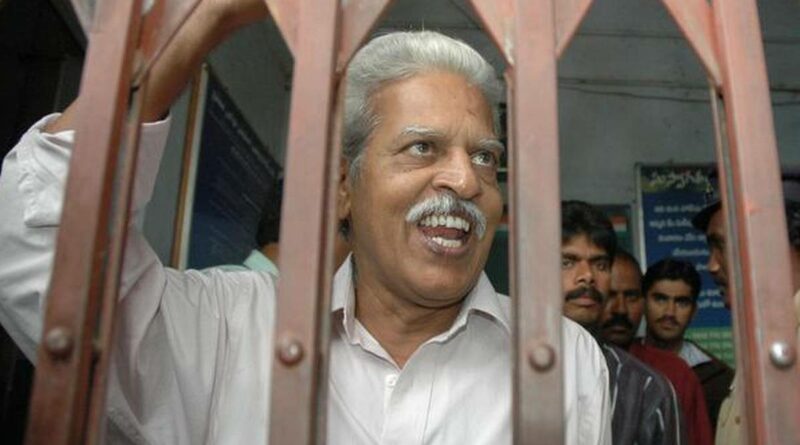 A Bench led by Justice U.U. Lalit posted the case for final hearing on August 10. The court gave the NIA time till August 2 to file its counter-affidavit and Mr. Rao was allowed time till August 8 to file his rejoinder to it.

Meanwhile, the interim protection granted to Mr. Rao by the Supreme Court on July 12 would continue to operate.

The Bench had on July 12 ensured that Mr. Rao’s interim bail would continue till “further orders” of the Supreme Court.

Mr. Rao is currently out on interim medical bail and is residing in Mumbai with his wife.

The Telugu poet said in his petition that he had undergone over two years of incarceration as an under-trial prisoner. He had then been enlarged on bail on medical grounds by the Bombay High Court. But it had denied him permanent bail recently. Mr. Rao has appealed to the top court against this order of the High Court.

The High Court has also denied Rao’s petition to have his residence shifted to Hyderabad.

“Any further incarceration would ring the death knell for him as advancing age and deteriorating health are a fatal combination,” his petition in the Supreme Court has said.

Mr. Rao was arrested on August 28, 2018. He was charged under various Sections of the Indian Penal Code and the Unlawful Activities (Prevention) Act.

The case relates to alleged inflammatory speeches made at the Elgar Parishad conclave held in Pune on December 31, 2017, which the police claimed triggered violence the next day near the Koregaon-Bhima war memorial on the outskirts of Pune.

The Pune Police had also claimed that the conclave was organized by people with alleged links to the CPI (Maoist). The NIA later took over the probe in the matter.