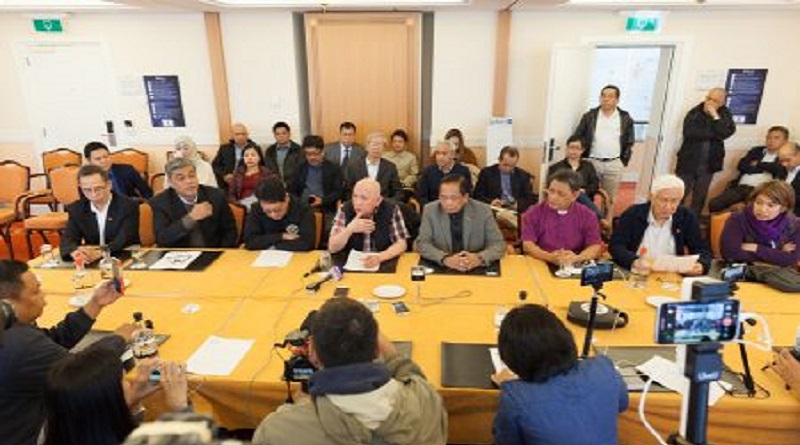 The outright rejection by the AFP of the call of the NDFP for a Suspension of Military Operations (SOMO) in connection with the forthcoming release of four prisoners of war (POWs) held by the NPA is one more proof the current AFP leadership is anti-peace.

The release of the POWs is meant as a confidence-building measure by the NDFP to create a favorable atmosphere for the acceleration of the ongoing peace negotiations between the GRP and NDFP.

The NDFP negotiating panel, as a gesture of goodwill, had earlier informed its GRP counterpart that it would effect the speedy release of the remaining four POWs ordered released by the CPP on February 19, 2017. In this connection, the NDFP asked for a SOMO to ensure the smooth and safe release, not only of the POWs but of the church people and local government officials facilitating the release. Asking for a SOMO has become part of an established method in releases of POWs by the NPA.

Earlier, as the two negotiating panels were working hard to push the negotiations forward, Defense Secretary Delfin Lorenzana was poisoning the atmosphere by calling the NPA terrorists and hurling all sorts of invectives. AFP chief Eduardo Año, not wanting to be outdone, joined Lorenzana in a virtual duet. But the two warmongers only succeeded in isolating themselves for being out of tune with the growing clamor from the broad masses of our people for the peace negotiations to continue in order to attain a just and lasting peace based on the resolution of the root causes of the armed conflict.

The fourth round has ended with an agreement in principle to forge an interim joint ceasefire so that negotiations on social and economic reforms can be speeded up.

For the negotiations to succeed, the civilian authorities of the GRP must rein in the war freaks from the AFP to prevent them from making provocations that can cause unnecessary disruptions in the peace process.

The NDFP reiterates its call for the GRP to declare a SOMO for the smooth and safe release of the remaining four prisoners of war under the custody of the NPA. #