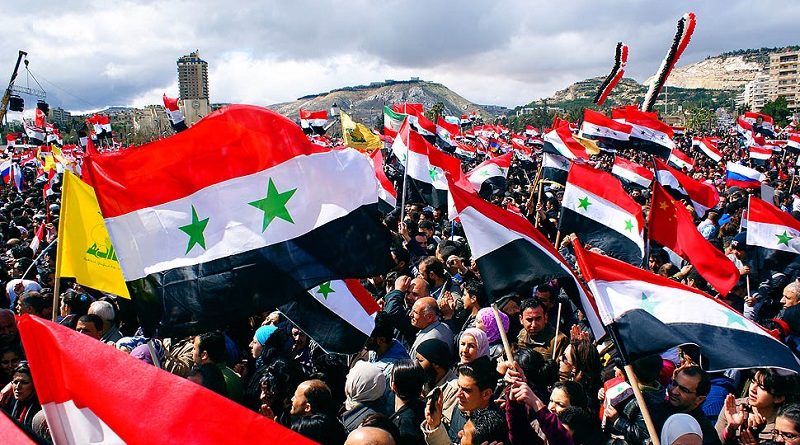 On the night of Friday, April 7, two American aircraft fired 59 Tomahawk-rockets at a Syrian airbase. A handful of people were killed and the military airbase has been completely destroyed. The attack, according to the USA, is in response to claims of a chemical attack by the Syrian army against a city containing rebels against the regime.

The attack is a breach of international rights. The USA is not at war with Syria, but nonetheless attacks it by military means—a break from people’s rights. This is a war crime.

The alleged chemical attack has not been fully investigated yet. It is typical that the US uses such allegations to legitimize its attacks. The invasion of Iraq in 2003 was justified with allegations of weapons of mass destruction—allegations that later proved to be lies. The bombing of Yugoslavia (1999) and the attacks on Libya (2011) were legitimized in the same way: as a defense of civil and human rights.

The question is not about whether the regime or the government in Syria is in breach of human rights or if it is oppressing its people. There was, for instance, no doubt that Saddam Hussein’s regime in Iraq oppressed the Iraqi people, particularly its Kurdish minority. Assad is no better than Saddam. However, the question here is whether or not the USA has any right to attack countries, kill people, topple governments, and replace it with their own allies.

The question is about why the USA does this. For us, it is obvious that it has nothing to do with human rights or civilians—especially when it cares little about civilians in allied countries, like Saudi Arabia, or their own country for that matter. The USA has imperialist interests, political and economic ambitions, and it is exclusively for these reasons that they let loose the American terror machine.

The incident is also a brutal awakening for those who had illusions that Trump would have a more peaceful foreign policy than Clinton. The questions of war and interest in foreign countries have nothing to do with what the people believe and want. USA imperialism is an apparatus of extreme aggression in other countries, regardless of whichever figurehead holds press conferences from the White House.

Stop US hostilities—no to war against Syria! Fight the Norwegian war parties and their supporters!