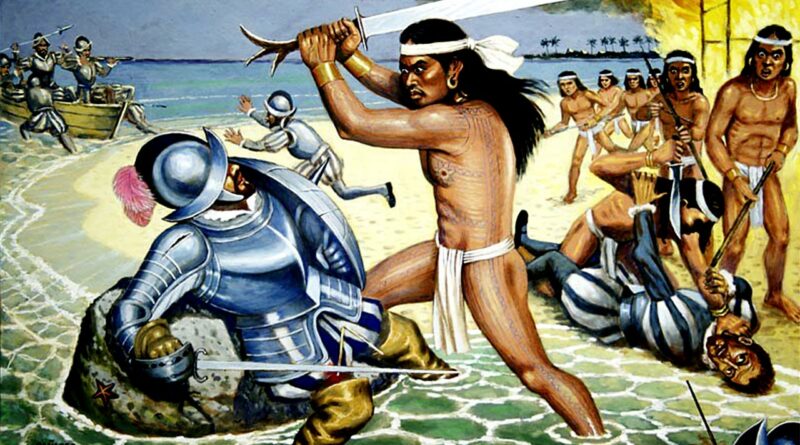 Kabataang Makabayan joins the Filipino people in celebrating today the National Day of Armed Valor in militant remembrance of the 500 years since Lapulapu and countless native Filipinos resisted Spanish colonizers and upheld the freedom of the people.

The triumph in the Battle of Mactan is a testimony to the Filipino people’s centuries-long struggle for genuine social liberation. The spirit of collective determination and resolve to protect the masses’ freedom that motivated and strengthened Lapulapu and his people coursed through the veins of time and created a people’s history that is filled with dauntless defiance against oppressors local and foreign.

Five centuries later, the Filipino people are still persevering in the struggle to reclaim the freedom and determination that Lapulapu fought to preserve.

After the Battle of Mactan, the Katipunan, and the Hukbalahap or Hukbong Bayan Laban sa Hapon, the Filipino masses now have its New People’s Army (NPA)—52 years in the fight for the people’s democratic rights.

Kabataang Makabayan salutes the NPA who, similar to all past revolutionaries and fighters for the people, relentlessly defies the sacrifices and grueling hardships that armed struggle and guerrilla fighting entails. The NPA has confronted not only the fascist military onslaught of regimes past and present, but has also braved the reactionary state’s aggressive smearing and disinformation campaigns.

While Duterte debases the people’s liberty by selling out sovereign seas to China and justifying the retention of Balikatan exercises with US war criminals, all democratic and revolutionary masses seek to put an end to the suffering of the Filipinos that the Duterte regime has only achieved to worsen.

This National Day of Armed Valor, we are called upon by history to espouse the lessons and lives of the people’s martyrs―from 500 years ago, up to the present. Engage in the struggle that has defined the Filipino people; join the armed revolution and march together in the familiar courage and certainty that carried Lapulapu’s war to victory.