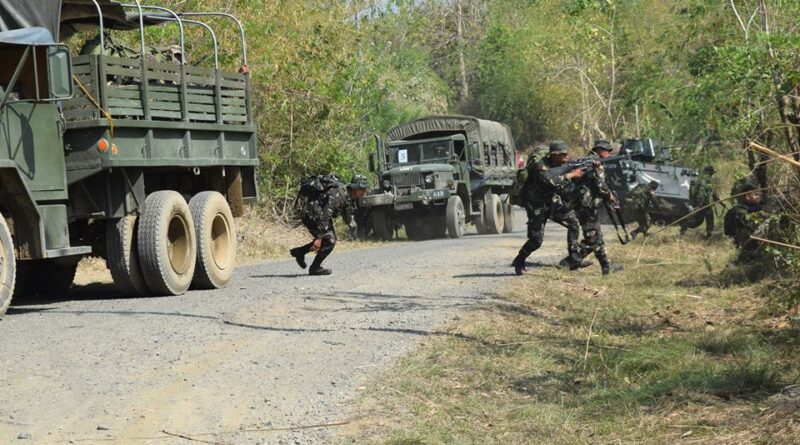 The Communist Party of the Philippines (CPP) today denounced successive extrajudicial killings and illegal arrests by police and military officers in Bicol provinces from April 25-26. Five civilians were brutally killed while two were arrested on trumped-up charges.

Barangay Kagawad Froilan Oaferina III, 45, was shot to death on the evening of April 25 as 30 armed police officers surrounded his home in Barangay Tambo, Buhi, Camarines Sur. Police operatives turned off all lights before executing Oaferina and planting a .38 caliber pistol. No warrant of arrest was presented according to his family.

The following day, policemen enforcing “search warrants” at around past 4 a.m., killed both Pablito Dosal, 43, and Marlon Collantes, 39, inside their houses in Barangay Sta. Maria, Iriga City, and Barangay Payatan, Goa, respectively. Another civilian, identified as Jose Bergonia, was also arrested in a separate operation in Barangay Payatan in the same morning.

CPP chief information officer Marco L. Valbuena condemned the police for whitewashing these crimes by making the baseless claims that the victims are members of the New People’s Army and the Party. The police make it appear that they were killed after having “fought back.”

Meanwhile in Masbate, two farmers were killed in a series of indiscriminate strafing and mauling by the 2nd IB in Barangays Jomarawan and Magsalane in Milagros on April 25. The condition of one of the victim’s mother after the incident are still unclear.

“Tokhang-style murder by state forces are on the rise especially in the rural areas, targeting local peasant leaders and activists who are maliciously tagged as NPA members,” added Valbuena.

In Sorsogon province, civilian Jose Amante was arrested on April 26 on trumped-up charges of attempted murder in Barangay Sua, Matnog town. Amante is accused of being a member of the people’s militia. Few days prior, armed goons of the Philippine army were reported to be lurking around in Barangays Fabrica and San Antonio of Barcelona town.

“These attacks are clearly aimed at stifling dissent and suppressing the people’s struggles and resistance, especially amid the failure of the Duterte government to respond to the pandemic and cause the severe economic crisis,” he said.

“Gen. Antonio Parlade’s hands are spat with blood as head of the AFP Southern Luzon Command as these murders proliferate,” Valbuena ended.