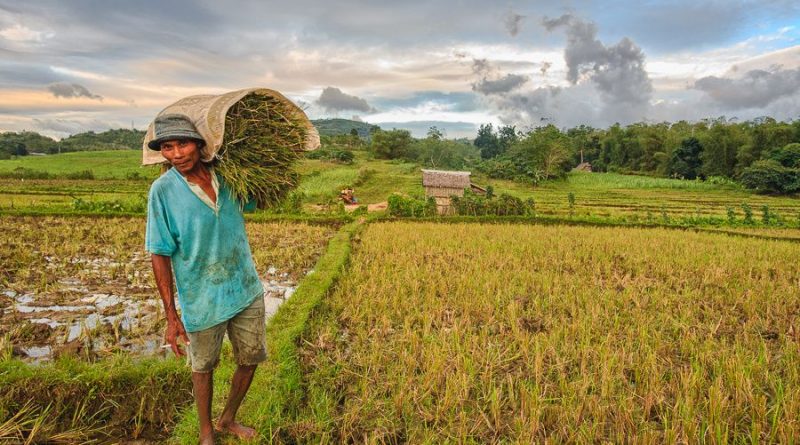 Duterte’s “land reform” is a big fake. His government falsely claims to have distributed 60,000 hectares of land over the past few months. What Duterte is distributing, in fact, are mere documents requiring recipients to regularly pay burdensome amortization fees before they can claim ownership to the land.

This is not land distribution.This is a mere real estate transaction dressed up as land reform. Over more than thirty years under the Comprehensive Agrarian Reform Program (CARP), more than 90% of so-called beneficiaries failed to pay their dues, Ieaving them in a worse state than ever before.

The stark reality in the Philippines is that majority of the peasants and farm workers remain landless while land continue to be concentrated in the hands of a few landlords and foreign plantation owners.

Land reform, to be genuine, must distribute land for free to those who till the land. For generations, they have made the land rich and productive through their labor, but have been exploited by the owners of the land in the form of onerous land rent to as much as 50-70% of the total produce, usurious interest payments or grossly low wages for farm workers. The free distribution of land aim to end this system of exploitation.

Land reform is one of two key measures, the other being national industrialization, necessary to end the state of chronic crisis in the country.

The Duterte regime is not carrying out genuine land reform. Not only is Duterte constraining himself within lthe limits set by the CARP, more fundamentally, Duterte is a class affiliate and beholden to the big landlord class and big plantation owners. Duterte will not dare radically change the land property relations in the rural areas through genuine land reform which redounds to the dissolution of the big landlords as a class.

Duterte is making much noise about carrying out land reform only because he wants to fool the peasant masses, make them give up their cause for genuine land reform and thus condemn them to a lifelong of feudal suffering. He is using the spectacle to conceal the vast land areas he is taking away from the peasants to give to big foreign capitalists for mining, energy, tourism and other infrastructure projects.

He is pretending to be a champion of land reform in the futile attempt of drawing the peasant masses away from the New People’s Army (NPA).

In declaring “What do you need the NPA for?” after making a spectacle of “distributing land,” Duterte is actually indirectly acknowledging the fact that it is only the NPA that has been carrying out genuine land reform in the Philippines. Under the Revolutionary Guide to Land Reform, the NPA and the revolutionary masses are carrying out the minimum and maximum program for land reform in all guerrilla fronts across the country to the benefit of millions. Victories in land reform strengthen the foundations of the revolutionary government’s political power in thousands of barangays across the country.

By carrying out land reform, the NPA continues to gain the deep and wide support of the broad masses of peasants. The NPA, a largely peasant army, is determined to push land reform as it wages protracted people’s war to accumulate strength to overthrow the reactionary state of the big landlord class and big bourgeois compradors.

Communist Party of the Philippines
February 12, 2019