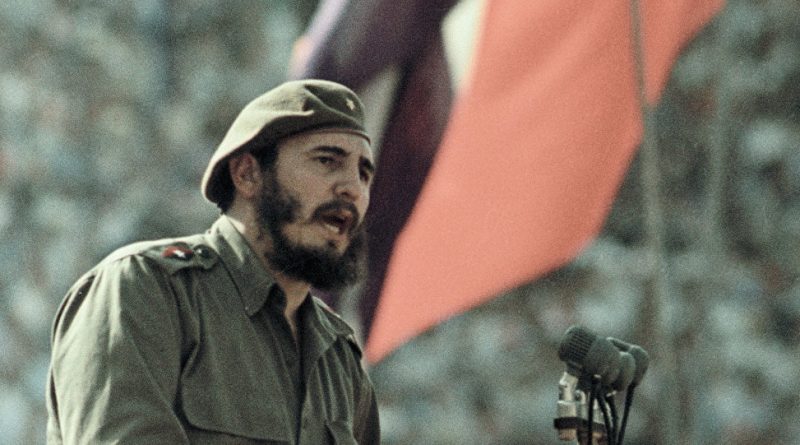 The entire membership and leadership of the Communist Party of the Philippines (CPP) are deeply saddened by the passing away of beloved revolutionary leader Comrade Fidel Castro of Cuba last Friday. In behalf of the revolutionary masses, the Party extends heartfelt sympathies to the Communist Party of Cuba, the Republic of Cuba and the Cuban people over their great loss.

Fidel Castro will forever remain a global icon of anti-imperialist resistance. In the 1950s, he led the armed revolutionary struggle for national liberation and social justice in Cuba, a country just south of United States of America. They succeeded in overthrowing US imperialism and its puppet Fulgencio Batista regime on January 1, 1959 and established one the most enduring anti-imperialist and democratic government in the world.

The revolutionary Cuban government confiscated all foreign-owned enterprises, large haciendas and plantations. It carried out widespread land reform and collectivization. It established state farms and collective farms. It seeks to establish a self-reliant economy while engaging in vibrant trade with other countries.

The resources of the Cuban government have been allocated mainly to raise the people’s quality of life. As a result, the Cuban people enjoy one of the highest standard of living across the world. The Cuban government has developed and provided the people with free education and public medical facilities which are among the most advanced in the world. Infant mortality is one of the lowest. There is no malnutrion. Virtually no one is homeless. Disaster-preparedness is the most efficient in the world. Cuba sends doctors, health workers and others abroad in solidarity with countries defending national sovereignty or overcoming natural calamities.

Since the 1990s, they have also struggled to develop the Cuban economy in a more comprehensive way. In an effort to overcome dependence on Soviet imports in the 1960s-1980s, they have sought to develop their own technology for industrial and agricultural production.

For five decades, US imperialism attempted and failed to overthrow Fidel Castro and the revolutionary Cuban government. Declassified documents from the US reveal at least 600 plots to assassinate Fidel Castro. It twice carried out military aggressions into Cuba in the early 1960s. It has imposed trade embargoes in an attempt to constrict the Cuban economy. It has deployed spies and plotted acts of subversion. It reestablished diplomatic ties with Cuba only last 2014 in the hope that this will help facilitate the propagation of its political and cultural influence into the country.

Inspired by Fidel Castro’s slogan “Socialism or Death!” the Cuban people have united and resisted in their millions to defend Cuba against all forms of US intervention and aggression and carry out the transformation of Cuba. Even the most recent cultural offensive carried out by US imperialism with Hollywood movie stars at the helm have failed to weaken the resolve of the Cuban people to defend their revolution and uphold their ideals.

To the Cuban masses, Comrade Fidel Castro is their star as they relentlessly push their Revolution forward. He will forever remain an inspiration to the the people around the world as they march forward along the path of anti-imperialism, social justice and democracy.

Communist Party of the Philippines
November 27, 2016