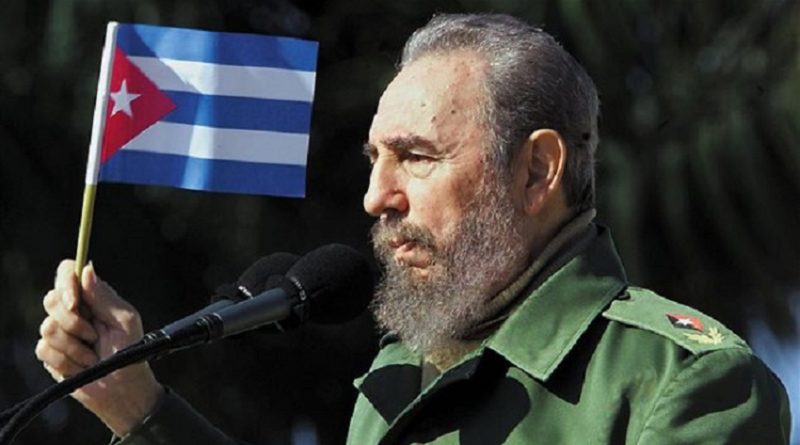 Being an icon of resistance, his demise is mourned by all Communists workers and revolutionaries of the world. We pay the highest tribute to him for leading the revolutionary struggles of his people achieving great victories, advancing the cause of socialism, inspiring the people of the world to persevere in the struggle for socialism and communism against imperialism.

We will continue the legacy until the victory of the Proletarian revolution in Manipur, paving the way to socialism instilling renewed courage to wage liberation movements for the masses of the other imperialist countries in this world. He taught us that “Winning is possible, making the socialist revolution is possible”.

Fidel Castro has always raised the banner of struggle and victory and said on every occasion, “Always on to the victory”. Cuba has personified the resistance and provided great support to the revolutionary movements not only in Latin America but in other continents too. Cuba has shown that even a small country, when attacked by the most powerful imperialist in the world, the US, is able to resist and overcome the aggression. This is particularly an important lesson we have to learn. Cuba led by Fidel Castro and the Cuban Communist Party has survived more than 50 years of hostility and the blockade of the imperialist group, hatched by the US imperialist.

We firmly believed that the people of Manipur can also win. Proletarian Revolution committed to win the Peoples War. Manipur might be a small Country as compared to Imperialist India geographically but we have courage to fight with Ideology that Manipur Maoist is a contingent of the World Proletarian Revolution.

The Standing Committee of the Maoist Communist Party Manipur is gathered in his caravan and is to do so. This is a homage we render to the main teachings of Commandant Fidel Castro: Always on to the victory!