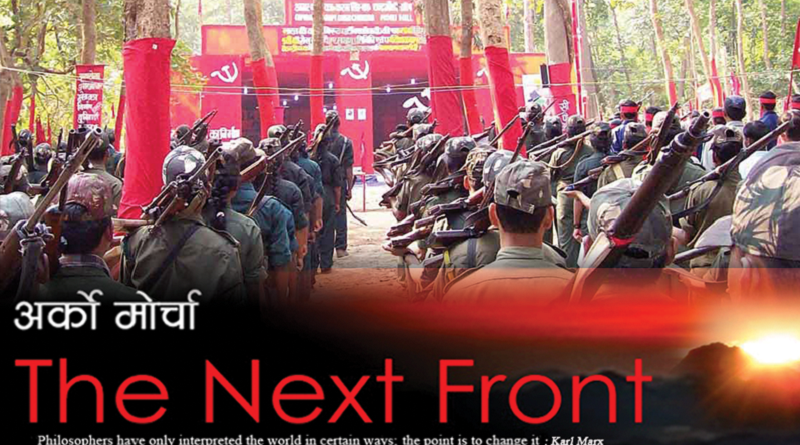 Redspark team recommends this text and the whole media from our Nepalese comrades of The Next Front. We are thankful for their support and, as we send our regards, we stand in firm solidarity with them and their work, and wish them best of luck. We also hail their efforts in strengthening the movement both domestically and internationally, and have same optimism and determination to organize the oppressed and exploited in parties that will wage Protracted People’s Wars, and build Revolutionary Internationalist Movement. Long live Marxism-Leninism-Maoism!

Particularly our readers are very curious to know the recent Maoist development in USA. Most of the Nepalese readers know that there is only one Maoist Party in USA that is RCP, USA.  We are frequently publishing the articles criticizing ‘new synthesis’—Post-MLM concept by Bob Avakian. We have translated the book Against Avakianism by Comrade Ajith and publishing it in our Media.

Maoist cadres have some knowledge on the Peoples War in India, Peru, Philippines and Turkey.  Now they have come to know about the latest development in the American Maoist Movement, that the oppressed people of USA, particularly the revolutionary youths have raised the flag of MLM. Thanks to the online Redspark for providing us the materials about the current Maoist Movement in America. Now the time has come to lunch the special campaign to form a new revolutionary embryonic center, that is Revolutionary Internationalist Movement.

In the past, we Nepalese People fought Ten years of People’s War. But the leadership, particularly Prachanda the chairman of Communist Party of Nepal (Maoist) betrayed the Nepalese revolution. Now he has become the faithful servant of imperialism and Indian expansionism and exercising the reactionary power in Nepal. Now the genuine revolutionaries of the Nepalese Maoist Movement are trying to move the Maoist Movement in the revolutionary direction.

At the end, we express our hearty solidarity with ICSPWI and demand immediate release of Comrade Ajith, Comrade Kobadh Ghandy and other political prisoners, who are imprisoned in the Indian jails and abroad. We demand stop India being ”the prison house of people’s movements”, we demand to stop the ‘Operation Green Hunt’ and War on people. We strongly stand on the side of Indian oppressed people and the People’s War in India.