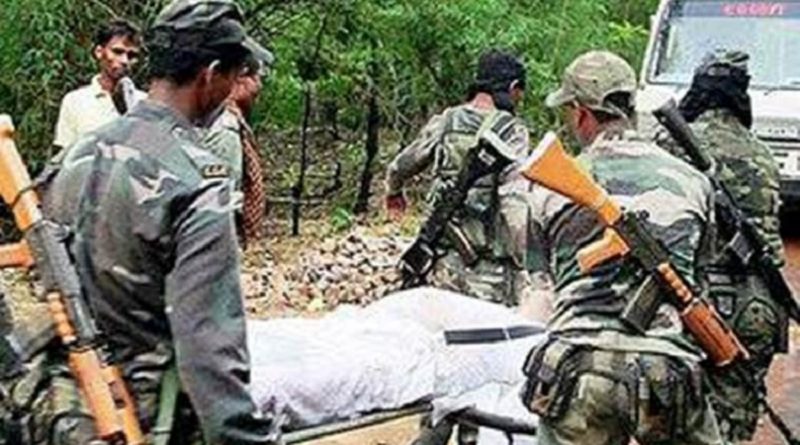 The outlawed Dand Karanya Special Zonal Committee of the Communist Party of India (Maoist) claimed the attack on CRPF personnel on Monday.

The attack on the Central Reserve Police Force on Monday was undertaken because of the soldiers’ sexually abusing tribal women in conflict areas, Maoists said on Thursday, according to The Hindu. The outlawed Dand Karanya Special Zonal Committee of the Communist Party of India (Maoist) claimed the incident that killed 25 personnel. They were also responsible for another attack in March.

The DKSZC spokesperson “Vikalp” in an audio clip, said, “These attacks are retaliatory, defensive, to defeat anti-people policies and to take forward the pro people struggle… Bhejji and Chintagufa-Burkapal attacks should be seen as (retaliatory) attacks for the dignity and respect of tribal women. These attacks are being carried out to liberate the tribal people in conflict areas from the inhuman atrocities they facing from the security forces.”

He also added that his outfit was against the roads being constructed in conflict areas, and that while they were being done under the guise of “providing relief” to people, it was actually being undertaken “to loot natural resources, to exploit common masses and to make sure easy transport of security forces”.

“Vikalp” said that the attacks were also planned because of the attempt to create an “undemocratic and fascist atmosphere” in the country. “These attacks are in opposition to the exploitation of the Dalits, the Tribals and the minorities and the attacks on their culture and economic lifestyle by the Brahmanic, Hindutva, Fascist, Sanghi, and the BJP governments and the direct involvement and active protection of the police and security forces.”

In the voice clip, “Vikalp” added that soldiers were not enemies of the Maoists, “least of all our class enemies”. “But they are coming in the way of public welfare by being a part of the government’s exploitative and anti-people machinery.” He appealed to soldiers not to lose their lives while protecting “such people and their property”.

Chhattisgarh’s Special Director-General of Police DM Awasthi said security forces commit no such atrocities and that “the human rights commission is dealing with some cases which were reported.” He said veracity of the audio clip released would be investigated.

The government had described Monday’s attack in Chhattisgarh as “cowardly” and condemned it. The Bharatiya Janata Party had also refused to celebrate its win in Delhi’s civic body polls, dedicating its victory to the soldiers who had been killed. Home Minister Rajnath Singh has asked the CRPF chief and his top advisers to revise their strategies against the Maoists. He called the attack an “act of desperation”.