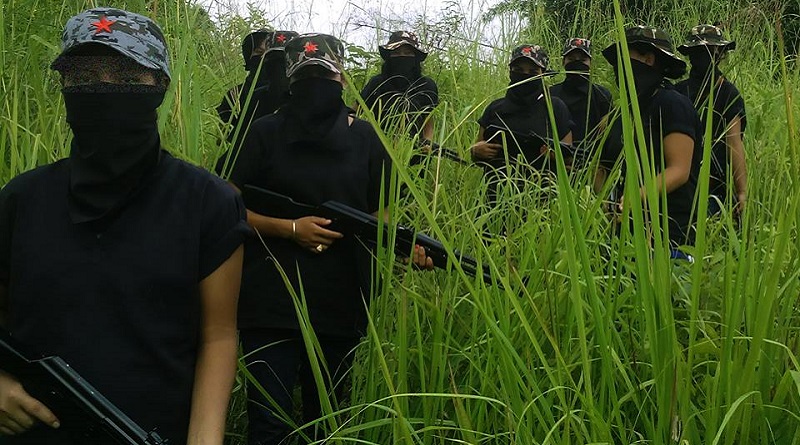 Imphal, April 26 2017: Commemorating the 50th anniversary of the Naxal movement, the Indian Maoist killed 25 reactionary personals, propagating & enhancing to the world a Proletarian Revolution, drawing the attention of the world as a force to reckon with, said a statement of the Maoist Communist Party, Manipur.

The statement said that The Maoist Communist Party Manipur salutes all the comrades who took part in this skirmish and all the other higher commands who planned the operation.

“The courage and the grit shown by the Indian Maoist will be an exemplary act not only to the Manipur Maoist but also to all the Maoist Revolutionaries worldwide.

This and other such heroic acts of the Indian Maoist not only strengthens Marxism-Leninism-Maoism but also serve a lesson to all Manipuris that a National & People’s class liberation can be fought together, instead of the present ethnic policy which erodes our Nation tolling the bell of division”, the statement added.

The statement further stated that the Revolutionary movements of Manipur dating back from the 40s and the resurgence in the 60s were based on common interest but in the last two decades it is very evident that the enemy cunningly started playing this treacherous identity politics thereby fragmenting the common movement into Naga,Kuki.,Meetei or Pangal ethnic movements weakening the common movement.

The irony is that we the people also allow the vested Politicians(Politrickians) to play the same game-Ethnic Politics, polarizing us from each other & shredding the age old common social fabric of our society.

So in order to root out this ethnic policy which is being continued by our own local poodles at the behest of their master, the occupiers, we should very seriously & urgently prepare ourselves for a class struggle at a war footing urgently, the sooner the better.

The poors, the peasants or the landless are not an identity nor an ethnic entity but a class of the society.

There is no hard and a fast rule that a poor will remain poor throughout his life or from generation to generation but an(the) ethnic or identity politics will remain as such throughout the history of mankind.

Manipur is mainly an Agriculture dependent place where majority of the Manipuris depends on farming as a livelihood.

Only a mass movement based on a common people’s platform will bring an end to the nefarious design of the enemy’s Identity/Ethnic Politics.

We also earnestly request other revolutionary fronts not to mislead or portray other Revolutionary groups in a negative manner which can erode the trust of the people, for whom the Revolutionaries exist, as this may lead to a total anarchy and which can make them turn or train their guns against all revolutionaries of all sundry.