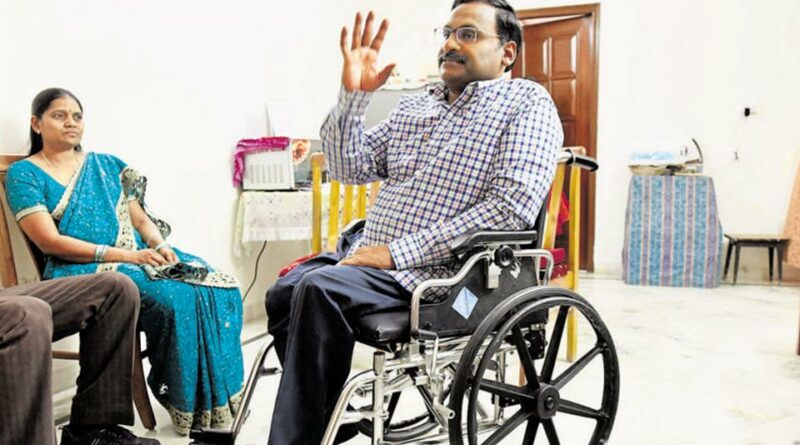 Former Delhi University professor G N Saibaba on Thursday moved the Nagpur bench of the Bombay High Court to seek ’emergency parole’ on the ground of his mother’s death.

The HC has issued a notice to the state government on his application, returnable by August 18.

Saibaba, convicted by a Gadchiroli court in 2017 for “Naxal links and indulging in activities amounting to waging a war against the country”, is serving life term in Nagpur’s Central Prison.

His 74-year old mother had died of cancer in Hyderabad on August 1. He had applied for death parole from the jail authorities last week to attend the post-funeral rites, but it was denied, with authorities saying, “it can’t be granted as he is a different kind of prisoner”.

Saibaba had earlier also sought parole to meet his ailing mother who had expressed a wish to see her son before death. That application was also rejected by the authorities.

The HC had rejected his bail plea twice, in March and July, sought first on health ground and subsequently on health ground arising due to the spread of coronavirus disease in prison, and also to visit his ailing mother. The HC had, however, agreed with the jail authorities, saying he was being taken care of properly in the prison.

On Thursday, Saibaba, through his counsel Mihir Desai, approached the HC for ’emergency parole’ on the ground of his mother’s death. Special Public Prosecutor Prashant Sathianathan sought time to reply.

A division bench of Justice A S Chandurkar and Justice Amit Borkar issued notice to the state government, returnable by August 18.