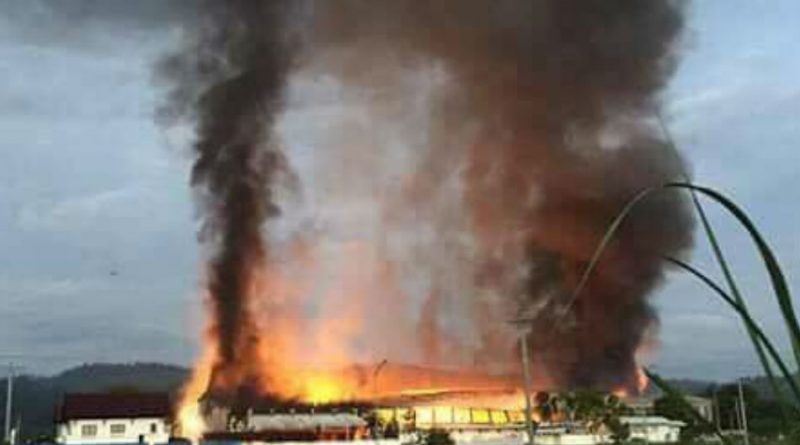 In a statement, Rigoberto Sanchez, spokesperson of the NPA Southern Mindanao Operations Command, said the guerrilla fighters under the 1st Pulang Bagani Battalion launched three simultaneous tactical offensives in Davao City against the LFC starting at around 2am on April 29.

“The PBB’s coordinated tactical offensives served as punitive action against the Lorenzos for their numerous crimes against agricutural workers, peasants and Lumad,” Sanchez said.

LFC’s box and plastic plant is located in Barangay Mandug and  the NPAs disarmed the company guards and seized firearms.

In a radio interview, one of the guards said they saw a man wearing a shirt of the National Bureau of Investigation and several armed men forcibly opened the gate and assaulted the factory.

The guard who requested anonimity said the incident in Barangay Mandug took place at around 3:45 am.

“They asked us to drop to the ground” he said.

“They ordered us to drop down and duck your heads so you will not be harmed” the guard told the radio reporter.

He also said they were asked to cover their ears because there will be a very loud explosion.