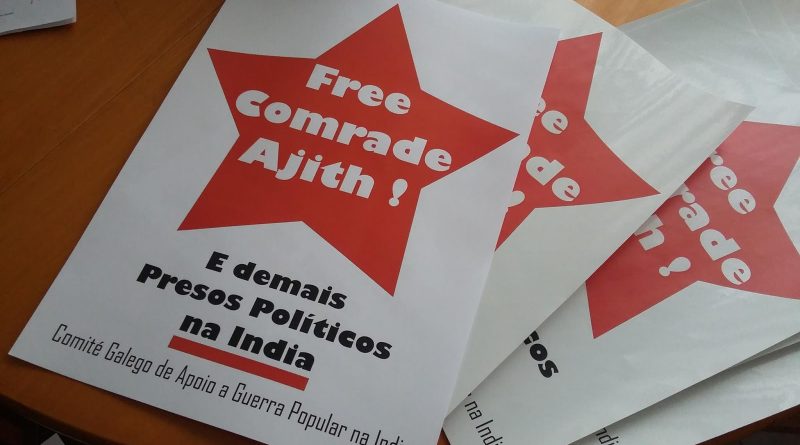 India Vermella is the information space of the “Galician Committee to Support People’s War in India”. From the same we try to bring our readers the reality of the revolutionary struggle that heads the CPI (Maoist).

2. Why your solidarity with the Naxalite revolution?

Well, the Revolution in India is a prominent part of the World Proletarian Revolution that has persisted in the path of Protracted People’s War traced by Comrade Charu Mazundar applying Marxism-Leninism-Maoism. Therefore, to sustain and support their struggle becomes, for the communists, a duty.

The “Spring thunder”, as it was called by “Pekin Radio” echoed throughout the Indian subcontinent breaking down with the revisionist wordiness of peaceful coexistence advocated by the traitors to Leninism. Naxalbari is the direct heir of the path traced by the GPCR (Great Proletarian Cultural Revolution) led by Chairman Mao. Today it remains a clear line that separates the real communists from the opportunists, althoug they hide behind false red flags. An example of this we have in the Spanish State, in the so-called Communist Party of the Peoples of Spain, whose radical words can not hide its support for the reactionary government of Modi against the Maoists. 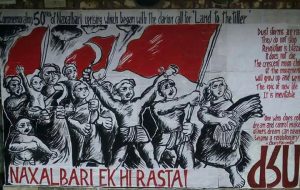 3. On the part of the Maoists, in the Communist International Movement, is there solidarity with the Naxalites?

Yes, for many years. Indian Communists have actively participated in international organizations such as the extinct Internationalist Revolutionary Movement, which included the Indian Communist Party ML (Naxalbari), which is now part of the Communist Party of India (Maoist). This latter Party participates and is a founding member of the Coordinating Committee of Maoist organizations in South Asia. 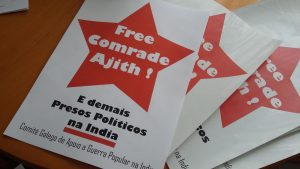 4. What is your work in Galicia?

Well, it is fundamentally propagandistic and supportive of the Revolution as well as denouncing the situation of political prisoners and prisoners of war in India, as is the case of Comrade Ajith, Comrade Kobad Ghandy or as is the case of College professor GN Saibaba, that thanks to our work we have led to the European Parliament. 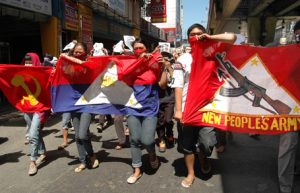 5. Do you also show solidarity with the CPP and the revolution of the Philippines?

Yes of course. The people’s war in the Philippines is also the fruit of the rupture drawn up by the GPCR since 1966 against revisionism and its reformist policies. Comrade Sison has persisted in this path, still facing the pressures of the imperialists and their lackeys, as Duterte is, to end the people’s war.

The surrender line, driven by some in front organizations, has been swept away by the facts and by the determined support of the oppressed masses to the CP of the Philippines and to the New People’s Army.

6. It celebrates the 50th anniversary of the Naxalbari uprising. How would you rate the theoretical and practical work of the Naxalites during these 50 years?

Well, as you can see, these 50 years are full of great teachings, successes and defeats, bloody murders of leaders such as Comrade Charu Mazumdar, Azad, Kishenyi or the recently murders of Comrade Shruthi and Comrade Manikanti. In these 50 years the enemy has rejoiced in victory, but all this has only paved the path of Naxalbari.
The party, the CPI, founded by Comrade Mazumdar, fell in the hands of liquidators after his death, but its revolutionary line remained in others that gave rise to new organizations that held high the great red flag of Naxalbari. Organizations that gave rise to the current Communist Party of India (Maoist) under the right direction of Comrade Ghanapaty.

Naxalbari encompasses the disinherited and oppressed masses of the countryside and the city. We are talking about millions of men, women and children and of vast territories in a “red corridor” that does not stop growing, because the people’s war is the war of the masses, as President Mao pointed out, and the comrades of India have firmly understood this principle of the mass line in the war.
There are ample bases of support in which the masses are the ones that they command through the popular committees, organizing the production, the education, the health or the popular justice. 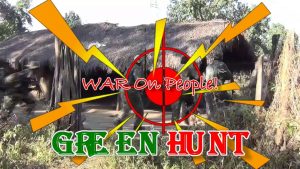 7. Have there been more “green hunt” in India?

In these 50 years repression has been a constant, both by right-wing and left-wing revisionist regimes, such as the so-called Communist Party of India (Marxist). Hundreds of siege and annihilation operations have unsuccessfully attempted to extinguish the spark started in a Dajerleen village.

The genocidal Operation Green Hunt is characterized by a systematic genocide of the State of the Union to face “the greatest threat” to its democracy, the application of new technologies and the pretension to definitively stealing the lands of adivasis to give them to foreign companies, mainly of mining.

8. Is the Naxalite revolution based only on the peasantry or also on the workers?

India is a large sub-continent and its states and regions are diverse. Center of many contradictions. The main force of the popular masses in the New-Democracy revolution is the peasantry and the leading force the proletariat and the revolutionary intellectuals, fused in a solid block, the Party.
Cities are usually centers of power of the old state, as well as where they maintain hegemony over the oppressed masses. This does not prevent revolutionaries from being present in the workers and students movement. 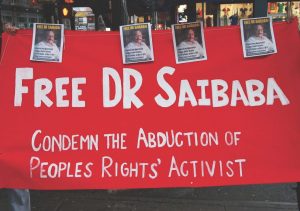 Professor GN Saibaba is a well-known Maoist intellectual, who was arrested on false charges of belonging to the banned CPI (Maoist).

His persecution by the old state has aroused multiple protests, added to the fact that he is disabled (he is in a wheelchair), which violates the most basic rights of political prisoners.

10. What is the current situation of the CPI (Maoist) and its PLGA guerrilla?

The CPI (Maoist) has been strengthened and united around the protracted people’s war line, hitting not only the repressive forces but also and mainly the semi-feudal Brahmanic power.