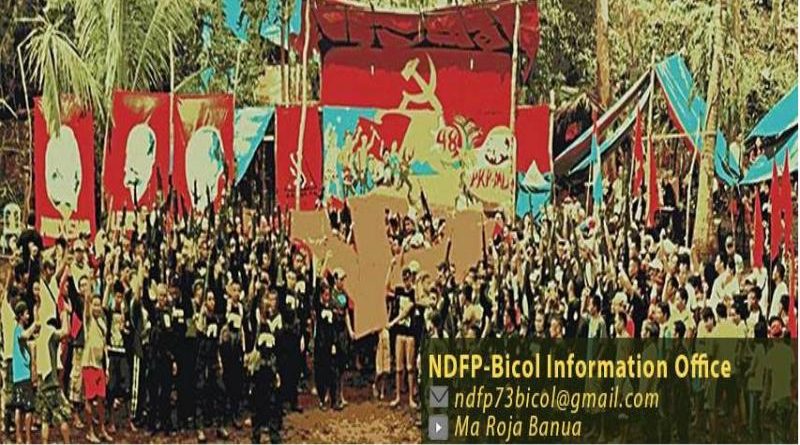 The Bikolano people celebrate these martyrs whose lives were offered in the service of the people. No love is greater than that of the genuine love of a revolutionary who wholeheartedly faces hardships, sacrifices and even death in aspiring for true freedom for the people.

Even as the revolutionary movement mourns the deaths of these two comrades, the enemy soldiers have failed to destroy or weaken the revolutionary forces. Their so-called “success” is meaningless in the face of the numerous comrades who will continue the struggle of these fallen martyrs.

The revolutionary movement will further strengthen because the people know the difference between the agents of state terrorism and the Red Army who advance genuine change. The all-out-war of the reactionary government is futile and anti-people. The mercenary state army is hungry for blood and violence, as evidenced by the numerous deaths of civilians. On other hand, each offensive of the New People’s Army is the people’s enforcement of revolutionary justice against the criminal Armed Forces of the Philippines(AFP)-Philippine National Police(PNP)-Civilian Armed Forces Geographical Unit(CAFGU) triad, destructive firms and businesses and other agents of oppression of the US imperialist. Each military campaign by the New People’s Army strictly adheres to respect for human rights and towards achieving genuine and lasting justice.

The AFP and US-Duterte regime is dreaming if it thinks that the revolutionary movement can be tricked into agreeing to localized peace talks in the face of their blatant violation of human rights. As long as their triple war continues, along with their neoliberal economic policies, the whole Bicol region will resonate with tactical offensives as punishment for their crimes against the people. As long as there is no genuine social change and just peace for the oppressed, the countryside will teem with Ka Ambos – comrades genuinely serving the people!