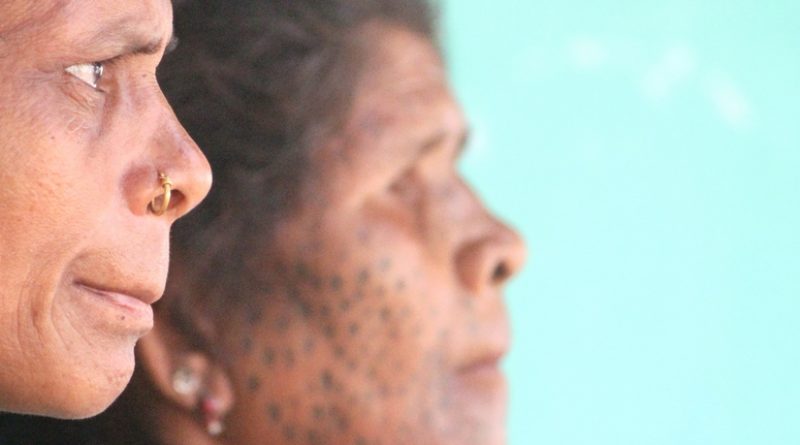 On one hand, the government refers to Naxals as terrorists and blames them for carrying out violence against the state. On the other hand, a section of tribals who live in dense forests of Maharashtra’s Gadchiroli district sympathises with them and depends on them for help. This community also attempts to steer clear of government agencies.

Many members of the tribal community do not hold a positive view of the recent encounter between security forces and Naxals, in which 40 suspected insurgents were gunned down.

The tribal community constitutes about 40 percent of the population of Gadchiroli. Several members of the community stay in thick forests in small hamlets. A village consists of a couple of such hamlets. In many such settlements, no roads have been constructed and hence, tribals need to walk for anywhere between 10 and 40 kilometres through thick forests to reach relatively bigger towns which have grocery shops, hospitals or a police station.

Balaji Gawade is the sarpanch of Korepalli village near Allapalli town. In order to reach this village, one has to walk for 10-12 kilometres through the jungles till a point where a proper road begins. Speaking about the state of infrastructure in the region, Gawade says, “Last year, the state government launched a scheme for villages in Gadchiroli pertaining to construction of roads, pipelines etc. However, the condition for this was that the villagers should inform the police about Naxals. It is clear that the scheme is discriminatory against tribals. Are we not part of the state and do we not deserve infrastructure like citizens in other parts of the state?

He further said, “Will the state provide us protection against the Naxals? The Naxals will not spare us if they come to know that we have provided information about them to the police. Do we have the option to refrain from taking sides?” 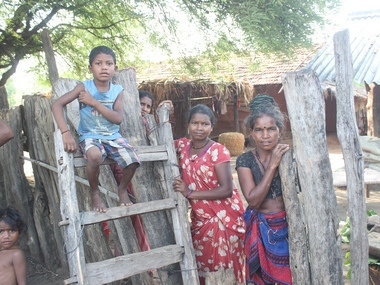 For their livelihood, tribals mainly collect tendu leaves from the forest that are used to roll bidis, and sell them to contractors. These contractors, who have often have support from government officials, frequently exploit tribals, offering them rates like Rs 100-150 for 1,000 tendu leaves. A member of the tribal community said, “But due to pressure from Naxals, contractors pay us Rs 300-350 per 1,000 leaves. Why doesn’t the government intervene and offer us a proper rate, so that we don’t have to depend on Naxals? On one hand, the government adopts such a stance and on the other hand, it accuses us of helping Naxals.”

Due to the lack of irrigation facilities, people in this region can cultivate paddy only once a year. This is not sufficient for them through the year.

Lalsu Soma Nogoti, a member of the Gadchiroli Zila Parishad said, “Our entire lifestyle depends on forests. For instance, we need wood and leaves from the forests to build houses and cook food. Also, we need medicinal plants for traditional treatments. Even traditional alcohol is made from flowers we get in forests. No one in these hamlets has gas cylinders. But forest officials often stop tribals carrying wood from forests, saying that it is illegal, and ask for bribes. In this region, Naxal leaders pressurise the police, due to which tribals get wood. Similarly, when tribals try to fetch sand to construct houses, the revenue department seeks to prevent them from doing so. It is likely that many people here die without even knowing that there are hospitals where they can get treatment.”

Mayur Naikwar, another local resident, says, “Tribals hardly use mobile phones. Only the BSNL network is available as other companies don’t want to erect towers due to the fear of Naxals. Internet connectivity is mostly absent. Although most villages have electricity poles, power cuts for hours or even days are frequent.” Even public distribution centres and primary health centres are 10-15 kilometres away from some hamlets.

A villager from Nainer village near Allapalli said on the condition of anonymity, “Police atrocities are a regular occurence, and due to this, there is fear among the tribals. The police pick up anyone randomly from anywhere, and allege links with Naxals. Sometimes, police officials take thumb impressions of people on plain papers without informing what these are for. The Naxals at least do not harass us unnecessarily. They only attack police informers. Apart from this, we don’t face any problems from them.”

Sarodina Buchcha, who is the sister of Nandu, a top Naxal leader killed in the 23 April encounter, said, “Nandu was the topper in the science stream in 12th standard in 2003-04 in a local college. However, we had no money for further education. The next career option available for the youth here is to join the Naxals, and that is what he did. Many kids here go to ashramshalas (government residential schools for tribal children). They complete studies despite the bad condition of food and security at these schools. They fail to get jobs, either because they cannot speak Marathi properly or because they do not have money to pay bribes for government jobs. They have to return to villages to pluck tendu leaves.”

A woman, pointing to a traditional tattoo which covered her face, said, “Parents deform the beautiful faces of their girls to save them from police assaults.”

Poverty is visible in the houses which have roofs full of holes, the few utensils that people have and the incidence of malnutrition.