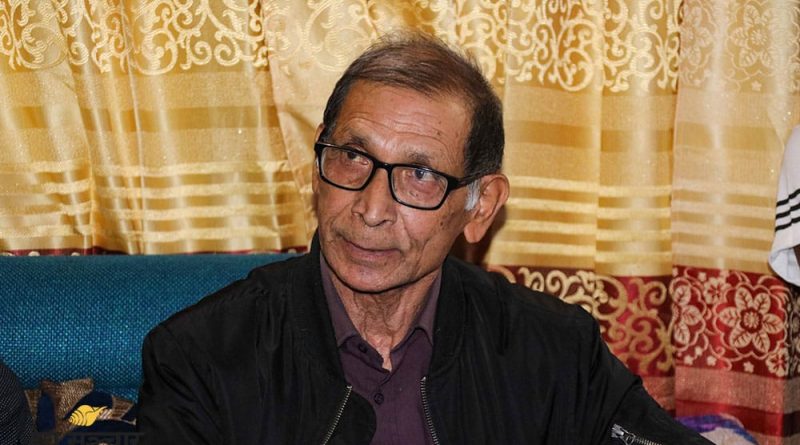 Oli government has publicised a notice that Modi, the Prime Minister of India, is going to visit Nepal from May 11, in the situation when Nepalese economy suffered from three months long blockade imposed by Indian expansionist Modi Government has not returned to its normality and the wounds at the heart of Nepalese people have not yet healed up. K. P. Oli, who had made his first visit to India few days before, has followed the path of his predecessors by asserting commitment to implementing the entire unequal treaties and agreements reached before, in contradiction to his stand shown during blockade. In addition, it is also being discussed that he has agreed to add up Koshi River in Indian Government’s master plan of linking rivers like Ganga and Brahmaputra by reaching a secret deal on Koshi high dam.

It is clear that Modi’s visit, which is aimed at implementing unequal treaties and other agreements reached before on Koshi, Gandaki, Mahakali, Upper Karnali and Arun III, including 1950 treaty, aimed at legitimatizing border encroachment carried out at more than 6 dozen places including Susta, Maheshpur and Kalapani, and aimed at validating the construction of embankments and dams that have caused inundation to Madheshi people at the places including Laxmanpur and Khurdlotan, is not in favour of Nepalese people.

Oli government, which claims one to be “patriot, left and communist”, is tight-lipped on the problems of border encroachment, which is becoming serious in Nepal. This government is silent on the border encroachment made on the part of India at Chhapkaiya of Birgunj, some times before. Before the incident, in which a Nepalese patriot Govinda Gautam was killed during protest when Indian SSB had encroached border in Anandapur Bazaar, Punarbas Municipality, of Kanchanpur district on last March 6, 2017 has cooled down, an incident has been publicised right before the time of Modi’s visit that Indian SSB had some days before beaten the local people and Nepalese police and uprooted the wired-fences, the local people of ward number 9 of the same municipality had erected at their own expense. Also, in the course of this so-called state visit of Modi, a programme has been set to jointly lay the foundation stone of unequal and anti-national hydropower project, Arun III, by Modi and Oli.

In such a serious situation, our party has decided to organise protest rallies in all the seven provinces including the capital Kathmandu in opposition to aforesaid anti-national activities. Our party heartily appeals the entire patriotic Nepalese people to participate in and express solidarity to the protest rallies that our party has organised to oppose the so-called state visit of Modi and the programme of laying foundation stone of the anti-national hydropower project, Arun III and calls on to stand firmly in favour of national independence and sovereignty of the country as well.