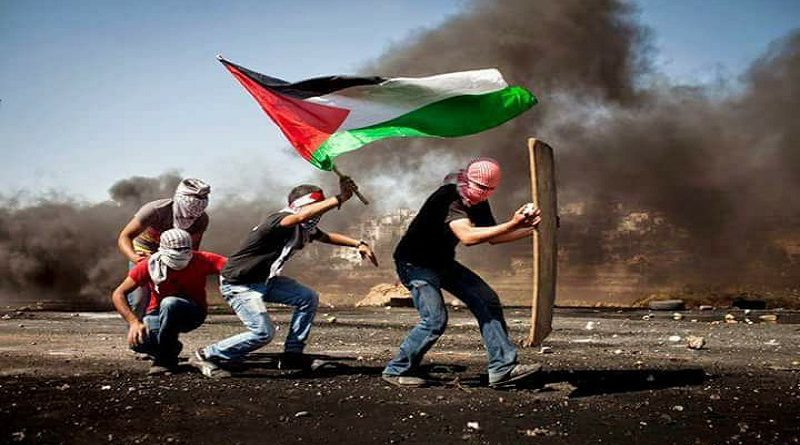 In behalf of the Filipino people and their revolutionary forces, the Communist Party of the Philippines (CPP) joins the world community in condemning and expressing profound outrage against the fascist Israeli state over its massacre of Palestinian demonstrators last Monday using lethal force to attack unarmed protesters in Gaza Strip resulting in the killing of at least 60 people and injuries to close to 3,000 others.

Demonstrations have been mounted by hundreds of thousands of Palestinians since the end of March to mark the 70th anniversary of al-Nakba, or the “catastrophe”, when Zionist paramilitaries drove the Palestinian people from their homes leading to the establishment of the Israeli state on May 15, 1948. For several weeks, the Israeli state has unleashed widespread and indiscriminate violence killing scores of unarmed demonstrators.

On Monday, tens of thousands of Palestinian demonstrators in the Palestinian territory of Gaza Strip gathered near the fenced-off border with Israel in the area where the Palestinian city of al-Ramla once stood, to demand the return of all Palestinian refugees to their homeland, end the siege of Gaza and protest the opening of the US embassy in Jerusalem. They were mowed down with live ammunition fired by tanks and tank-mounted Israeli snipers guarding the border.

The CPP holds the US-supported Netanyahu fascist regime criminally accountable for the massacre. The broad masses of the Israeli people, in solidarity with the Palestinian people, are justified in demanding the overthrow of the fascist criminal Netanyahu.

The Trump government is equally accountable for endorsing the Israeli regime’s terrorist attacks against the Palestinian people. It has blocked an international inquiry into the Monday massacre. It has emboldened the Netanyahu regime to wage all-out violent suppression against the Palestinian people when it decided to move its embassy to Jerusalem, the east side of which was forcibly annexed by Israel in the 1967 six-day war and is claimed by Palestine as its capital.

The CPP denounces the Duterte regime for sending its representative to attend the opening ceremonies of the US embassy in Jerusalem.