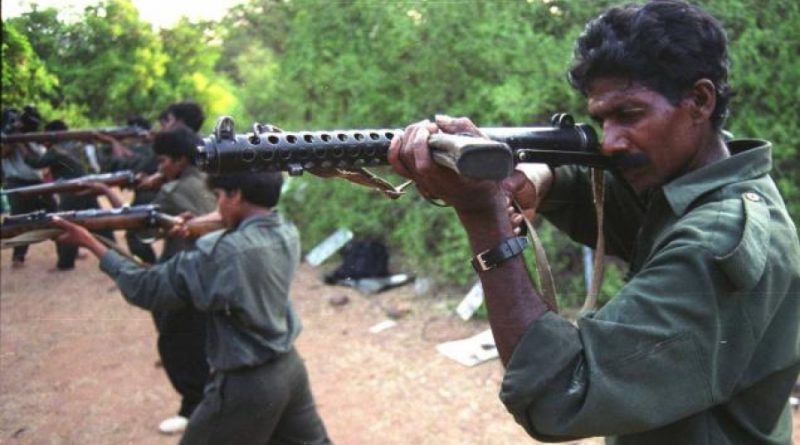 CELEBRATE THE FIFTIETH ANNIVERSARY OF NAXALBARI ARMED AGRARIAN REVOLUTIONARY UPSURGE IN ALL THE RURAL AREAS WITH REVOLUTIONARY ENTHUSIASM AND INSPIRATION!

THE PATH OF NAXALBARI IS THE ONLY PATH FOR THE LIBERATION OF THE OPPRESSED MASSES OF INDIA!

LET US RAZE IMPERIALISM AND FEUDALISM TO ASHES IN THE FIRE OF THE PEOPLE’S WAR CREATED BY NAXALBARI!

Like a spark becoming a flame the Armed Agrarian Revolutionary struggle of Naxalbari area of Siliguri Sub-Division in Darjeeling district in Bengal directed the path of Indian Revolution.

Since then Naxalbari came to be known not as a mere village but as a symbol of a political path.

The Naxalbari Armed Rebellion will complete fifty years on 23rd May, 2017.

With the inspiration from the Great Debate against the modern revisionism of Khrushchev and the Great Proletarian Cultural Revolution in the leadership of the Communist Party of China led by Comrade Mao, a large number of Maoist revolutionaries including first rank leaders like Comrade Charu Mazumdar and Comrade Kanhai Chatterjee jumped into the arena.

Since 1967 March the poor peasantry started rebelling against the landlords and the money lenders and seized their lands. As per the then leader of CPM and the Home Minister in the 5tate government Jyoti Basu’s directions, the government armed police forces made an attack on the peasantry on the 23rd of May in village Naxalbari. In the armed conflict one policeman died. On the 25th the police made indiscriminate firing on the people in the village Prasadjote in which eleven persons including eight women and two children laid down their lives. the Peking Radio described the Naxalbari rebellion as ‘Spring thunder’. Within no time the spark of Naxalbari spread across the country to Srikakulam (Andhra Pradesh), Mushahari (Bihar), Lakhimpur-Kheri, Terai (Uttar Pradesh), Debra-Gopi Ballavpur, Birbhum, Sonarpur, Kanksa (Bengal), Punjab, Kerala, Tamilnadu, Odisha, Kashmir, Asom and Tripura. the Guerilla War of the armed peasantry against the Police, Para-Military forces and the Indian Army who came with the support of the landlords, terrorised the landlords and the imperialists. this revolutionary wave not only made an impact on the rural areas but also on the urban areas.

There was large scale urban guerilla war in the capita| city of Bengal, Kolkata in the leadership of the students and the youth.

The great Naxalbari rebellion is the result of creative application of Marxism—Leninism-Mao thought, the path of Protracted People’s War of building People’s Army with the objective of making the New Democratic Revolution a success, seizing power area-wise through armed struggle, first liberating the rural areas and then finally encircling the towns and achieving country-wide success – to the specific conditions of India. this is a blow to the deep—rooted revisionism in Indian l2evolution. this is an inseparable part of the World Socialist Revolution.

It made a break with revisionism and with the guidance of Marxism—Leninism-Mao thought stood as a great beginning for the formation of a Maoist Revolutionary Party, for a genuine political path, strategy, method of struggle and method of leadership. In a way this is a great turn and a qualitative leap in the history of Indian Revolution.

CPI (ML) was formed in the leadership of Comrade Charu Mazumdar who led the great Naxalbari struggle. MCC emerged in the leadership of Comrade Kanhai Chatterjee following the same theory, path and strategy. they led the then revolutionary wave. Anyhow though the strategy of this revolution was correct, due to the shortcomings in tactics, the disruptive activities of the rightist forces and the reactionary repression of the ruling classes across the country, the movement faced severe losses and setback by mid 1972. Opportunists and disruptors split and weakened the party.

Genuine revolutionaries took valuable lessons from Naxalbari and made efforts with strong will and sacrifice to develop the three magic weapons — Party, People’s Army and the United Front.

Revolutionary movement once again rose like a wave. the revolutionary forces reorganized.

These revolutionary forces are upholding the Naxalbari line in nearly 20 states of our country now. those who upheld this line were Naxalites until yesterday and now they rose and became Maoists. they highlighted the alternative of revolutionary politics effectively and stood as the most dangerous elements for the exploitive ruling classes. this is the reason why we have to hold high the Naxalbari revolutionary line that paved the way for such development and expansion in the past 50 years and say it is invincible.

Naxalbari gave a blow to revisionism that was rooted in India.

It united those working relentlessly for building revolutionary movement in the country.

It took up Marxism-Leninism—Maoism as the guiding theory for its practice.

The issues Naxalbari brought forth have tremendous historical importance. the present struggle has stood firm on them. the exploitative ruling classes have conducted many military offensives and campaigns starting from ‘Steeplechase’ to ‘Operation Green Hunt’ without break for the past 50 years to eliminate the struggle. Nearly twenty thousand persons have laid their lives for the sake of revolution. they said Naxalbari does not die. they said it is invincible.

Naxalbari proved the historical fact that a small spark would lead to a prairie fire. the line of Protracted People’s War made true the fact that revolutionary movement advances from isolated places to vast areas.

Revolutionary People’s Committees (RPCs) were formed in many strategic areas in India and are maintaining alternative power among the people. the people of the areas of revolutionary movement are fighting militantly against the imperialist New Economic Policies of the Indian ruling classes. In places where the RPCs are firm people are fighting for ‘Jal-Jungle-Zameen- Ijjat-Adhikar’ in a dedicated manner. they chased away the Comprador Capitalists from Singur, Nandigram, Lalgarh, Lohandiguda, Dhurli-Bhansi and Paradeep areas. Dandakaranya and Bihar-Jharkhand have stood as the centres of the masses struggling against the policies of the ruling classes, especially the Brahmanical Hindu fascists, who have further opened up the country for the exploitation of the imperialists. these areas have developed as struggle centres in a higher plane, highlighting the Naxalbari line, are continuing the legacy of the heroic Naxalbari revolution. this is the reason the exploitive ruling classes and their owners announced All Out war centring these areas.

Strategies were formed to eliminate the revolutionary movement in the country in a manner unprecedented in the past five decades in the recent Delhi meeting. they adopted policies to intensify the war on people with the firm decision to eliminate the legacy of Naxalbari and the present Maoists. there would not be any limit to drones and choppers in the sky, police and Para—military forces in the forests, attacks, murders, atrocities, gutting of houses, destruction of crops and loot of the villages by armed forces. Attacks would intensify targeting democrats, students, intellectuals, patriots, nationalists, employees and pro-people forces in the towns.

The present conditions make it clear that class polarisation would emerge in clear terms in the country and the class war would take a much more fierce form. this is the time to firmly face such difficult conditions and advance the revolutionary line of Naxalbari. Let all of us revolutionary forces who have faced many hurdles in upholding the line of Naxalbari take the present conditions as a challenge and declare unswervingly that the Naxalbari line will win

Come Comrades! Friends! Writers, poets and artists, students and intellectuals, journalists, employees, women, advocates, doctors and all pro—people forces! Let us hold high the Naxalbari flagl Let us get ready to hold high the flag of Armed Revolufion. Let us bury the e><ploitation of imperialists. Let us make the New Democratic Revolution of the country a success.

Celebrate the 50 anniversary of Naxalbari in all the towns and villages with enthusiasm and the firmness of struggle. Make each and everyone who loves Naxalbari a part of this.

Celebrate the anniversary in a revolutionary atmosphere from May 23rd to 29th.

Naxalbari is the only path!
Long live Marxism-Leninism-Maoism!
Down with all kinds of revisionism!
Down with Imperialism, Feudalism and Comprador Bureaucratic Capitalism!
Destroy the power of the exploitative ruling classes and establish Revolutionary people’s state power of self-reliance!
The masses have nothing without Revolutionary Party, People’s Army and People’s State Power
Long live Armed Agrarian Revolutionary War!
Long live Indian New Democratic Revolution!