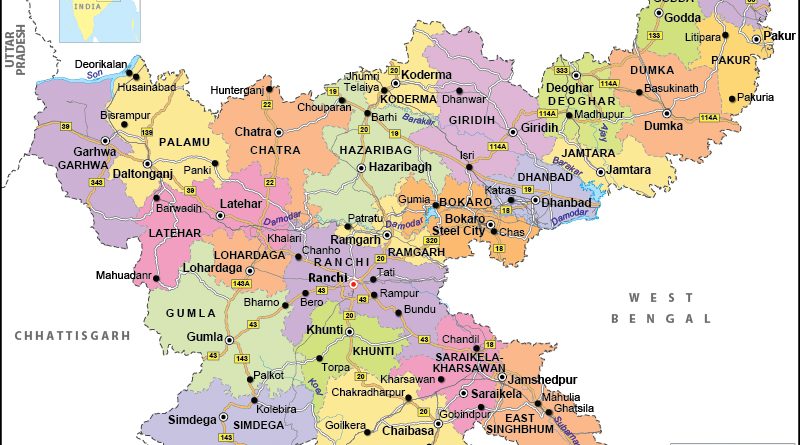 Responding to the poll boycott call issued by the Maoists’s Bihar Jharkhand Special Area Committee (BJSAC) — the highest strategic unit of the outlawed rebel outfit at the state level — earlier this week, JRC spokesperson Aman told TOI this was perhaps the last option for the villagers to protest against “militarisation”. He said: “Otherwise, they will be pushed out of their own land and the government will hand over all natural and mineral assets to capitalists and industrialists in the days to come.”

The Maoists have drawn attention of the people to Mission Samadhan — a common government scheme in the tribal belts of Chhattisgarh, Bihar, Odisha, Maharashtra, Andhra Pradesh, Telangana, West Bengal, Madhya Pradesh and Jharkhand. “This mission is not aimed at providing solution to issues like irriggation, education, health facilities or equal distribution of resources. Instead, the samadhan (solution) is being offered to the industrial houses as to how they can grab mineral wealth under protection of the security forces,” Aman said.

He also criticised the idea of pitching the country’s armed forces against its own people on the pretext of containing ‘biggest internal threat’. Aman said: “Maoists are never a threat for the common people who are already being subjected to repression and exploitation. Rather, we are threat to the exploiting ruling classes and the extortionist system.”

Aman said there is a huge difference between the lifestyle of the rural poor of Jharkhand living in mineral-rich districts and the general elite urban classes working for the capitalist masters. “The villagers are coerced by gun-toting security forces, stopped from raising their voice against exploitation and often manhandled if they try to protect their rights over land, water and forest. This is gradually leading

rural Jharkhand towards complete militarisation where democracy has become a farce,” he said.

Asking the people to boycott the Lok Sabha elections, the Maoists shared a few anecdotes as to how governance in the mineral-rich belts has been passed on to the industrialists onto the industrialists on the behest of the security forces. “On the pretext of industrial security and development, village after village is being targeted where either the locals are forcefully evicted from their land or entangled in false

cases and sedition charges after being branded as Maoists. This is eventually forcing the young populace to migrate and opening the villages for exploitation,” he said.

JRC, which has also decided to carry out an extensive poster campaign and interpersonal communication in areas where dozens of security camps have come up in the last five years, has asked the people to realize what future they are going to make for themselves if they continue to elect “imperialist governments” in the name of democracy. “People should not lose hope and aim towards formation of a pro-people neo-democracy by joining hands together in the fight for a revolutionary people’s government,” Aman said.