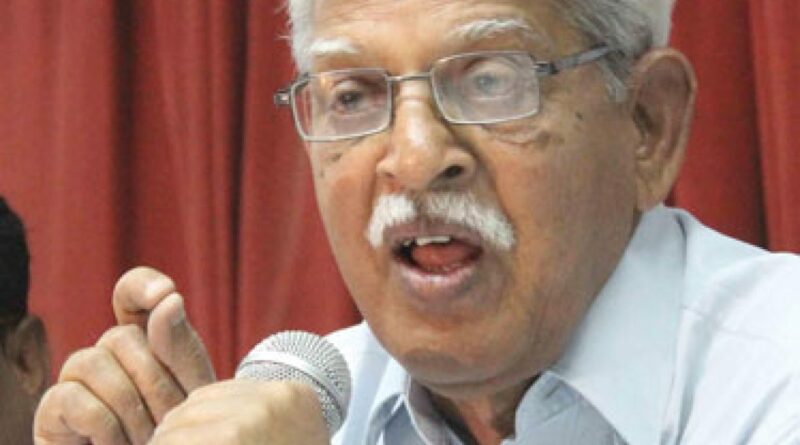 Mumbai, January 13, 2021: The Bombay High Court on Wednesday said the NIA and the Maharashtra government should consider the age and health condition of Political Prisoner Varavara Rao, arrested in the Elgar Parishad-Maoist links case, while making submissions on his bail plea.

Rao, one of the accused in the case being probed by the National Investigation Agency (NIA), was last month admitted to Nanavati Hospital here following the HC’s intervention while hearing a petition filed by his wife, raising concerns over his ill-health.

Since then, the private hospital has been submitting periodical reports on Rao’s health condition to the HC.

The Maharashtra government last month agreed to bear the expenses for his treatment at the Nanavati Hospital.

“The petitioner (Rao) is 88 years’ old. Keep in view his age and health conditions. While making submissions on the bail plea, reflect on his health. We are all human beings,” Justice Shinde said.

Earlier, Rao had been in and out of the state-run J J Hospital here ever since his arrest in the case in June 2018.

In July last year, he tested positive for coronavirus following which he was admitted to the Nanavati Hospital, but later discharged and sent back to the Taloja jail in neighbouring Navi Mumbai.

Apart from Rao’s bail plea, the court is also hearing a petition filed by his wife Hemlatha, alleging a breach of his fundamental rights due to his continued incarceration without adequate medical care.

Rao and some other Left-leaning activists were earlier arrested for alleged links with the CPI (Maoist) following the Elgar Parishad conclave in Maharashtra’s Pune district on December 31, 2017.