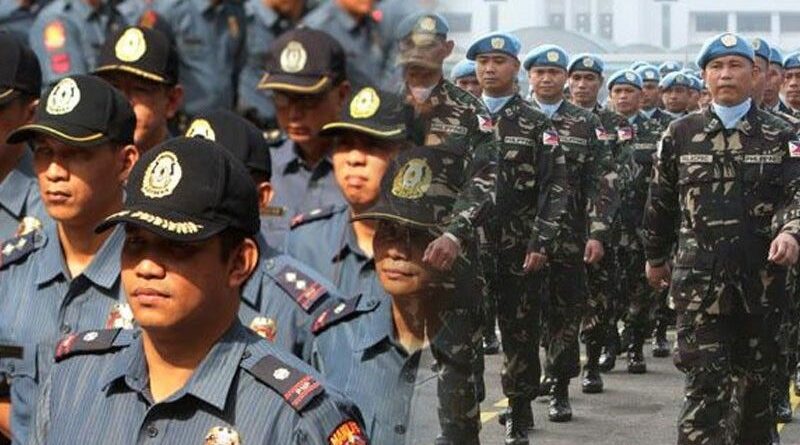 Large-scale anomalies in the Armed Forces of the Philippines (AFP) and Philippine National Police (PNP) uncovered by the Commission on Audit (COA) come as no surprise.

Based on news reports of the COA reports, fund irregularities in the AFP and PNP last year amount to at least ₱8.86 billion involving incomplete “modernization” projects, un-remitted un-utilized funds, undelivered procurements, receipt-less transactions, and so on.

It is highly likely that this is just a small part of the gargantuan money-making operations involving the generals and officers of the AFP and PNP, as well as the corrupt officers of the Duterte regime.

The COA can only spot anomalies in official transactions that have or should have a paper trail. It cannot spot widespread corruption in the use of funds for so-called “community livelihood” where “NPA surrenderees” typically receive only a bag of grocery items or ₱5,000 cash reward out of the ₱65,000 they are supposed to get. It also cannot spot bloated reports of CAFGU recruitment, false reports of days of military operations, delays in disbursement of salaries and allowances of paramilitaries, granting of “reward” money, and now, kickbacks in infrastructure projects under the Barangay Development Program of the National Task Force to End Local Communist Armed Conflict (NTF-ELCAC).

Military sources have also revealed widespread corruption in ghost or substandard purchases of spare parts. Many in the AFP believe this is one of the reasons behind the successive accidents over recent months involving military land vehicles and aerial assets.

The higher in the AFP and PNP echelon, the bigger the corruption. Military and police claims of “professionalism” are but a thin veil to hide the rotten core of the AFP and PNP and grave abuses of human rights perpetrated by soldiers and police in the course of their operations.

The corrupt AFP and PNP, defenders of the rotten system and the monstrous Duterte regime, are incapable of defeating the New People’s Army (NPA) and the revolutionary movement. Corruption is only making the regime’s counterinsurgency operations, more than ever reliant on expensive military hardware, even more unsustainable and counterproductive.

Corruption from the top down exacerbates the deep disunity and factionalism within and between the AFP and PNP. The NPA must take advantage of the lack of cohesion and inability of the AFP and PNP to cooperate and coordinate their actions.

The broad masses, especially the peasant masses in the countryside, are fully aware and enraged how the military and its officers defraud and oppress them. By mulcting the people’s money, the AFP and PNP are only stoking further the people’s disgust, galvanizing them to take action against military and police oppression and rousing them to wage revolutionary struggle.