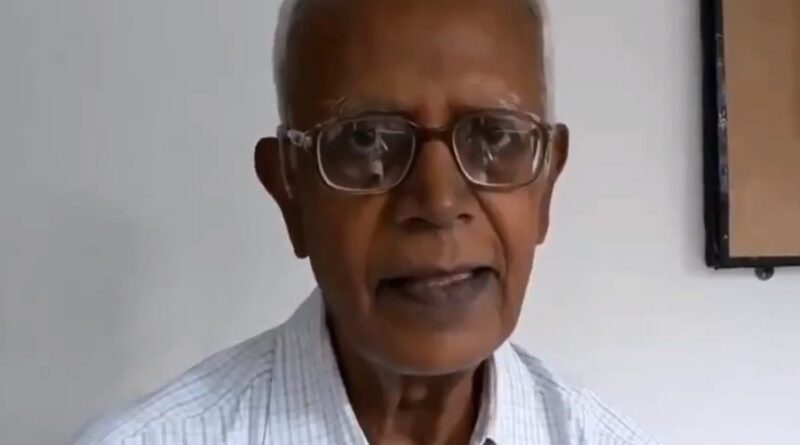 Ranchi District, July 13, 2021: The CPI (Maoist) on Tuesday alleged that the National Investigation Agency (NIA) framed recently deceased political prisoner Stan Swamy in a fake case and demanded immediate release of all the activists lodged in jail in the Bhima Koregaon case.

The CPI (Maoist) also demanded the withdrawal of all the cases filed against them and appealed to the writers, artists, singers, lawyers, and democratic intelligentsia to support them.

According to a press note released by the spokesperson of the CPI (Maoist) Central Committee, Stan Swamy was framed by NIA in the Bhima Koregoan case. “CPI (Maoist) announces that the death of Stan Swamy was a conspiracy. It has also been opined by the activists, intellectuals, democratic intelligentsia, human rights activists, and chief ministers of various states such as Jharkhand, Tamil Nadu, and Kerala. Undoubtedly, the conspiracy has been executed by the NIA, NHRC, BJP Government at the centre and the judiciary as well,” stated the press note issued by CPI (Maoist).

Giving voice to the demand of immediate release of all the social and political activists and withdrawal of all cases related to the Bhima Koregaon case without any conditions would be a true tribute to Stan Swamy, it added.

CPI (Maoist) also made an appeal to the writers, artists, singers, lawyers, and democratic intelligentsia to come forward for defeating the “anti-people” forces in the country, which is being used for denying the basic rights of the common people.

Stan Swamy, 84, who worked for the rights of Adivasis and other underprivileged people in Jharkhand for more than three decades, passed away at a Mumbai Hospital on July 5.

Swamy had been languishing in jail since October 8, last year after NIA arrested him in the Bhima Koregaon case–the violence which erupted at an event to mark 100 years of the Bhima-Koregaon battle on January 1 in 2018, leaving one dead and several others injured. People close to Swamy, however, termed his death as an “institutional murder” saying that he was arrested on fake charges only to be killed in jail.