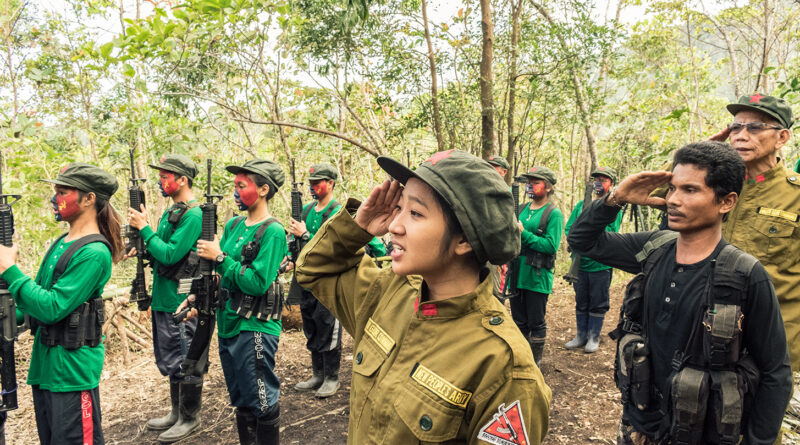 Today marks the 5th year in office of Rodrigo Duterte and five years of people’s suffering under his tyrannical regime of treason and terrorism, and crime and corruption. Now, more than ever, the people are seething with determination to struggle to end the detested regime.

For five years, mass murder has been Duterte’s key policy to establish his tyranny, and to terrorize and paralyze the people. In his sham “war on drugs,” his war against the Moro people, and in his war “to end local communist armed conflict,” the main tactic is to attack unarmed people and subject them to a wide range of abuses by state armed forces.

Duterte has bankrupted state coffers with his corruption, endless borrowing, and bloating of the military and police forces. He has shown total neglect of the welfare of workers, peasants and the masses of the unemployed, as well as of teachers, nurses, government employees, and the youth. Instead of addressing the public health and socioeconomic needs of the people, he used the pandemic since 2020 to further place government and society under military and police control and secure a draconian “anti-terrorist law.”

The people’s socioeconomic conditions have worsened sharply under the Duterte regime and its tax impositions, rice and pork import liberalization, wage depression, land grabbing and land-use conversion, economic aggression and plunder of multinational mining corporations, plantations, energy projects and other big bourgeois comprador operations. Millions upon millions of people have lost their jobs and sources of income both in the cities and countryside.

For five years, the country’s lack of national sovereignty has worsened unprecedentedly in the face of Duterte’s outright acts of treason in allowing China to encroach on the country’s exclusive economic zone and extended continental shelf, and exchanging the country’s rights for the sale or grant of arms and other war matériel from the US.

Under Duterte, China has freely reclaimed land to develop and expand its military facilities and lay claim to the surrounding sea and mineral resources. It has driven away Filipinos from their seas to exclusively plunder the supply of fish and other marine life. On the other hand, Duterte continues to treat the country’s sovereignty as a commodity, by demanding a greater amount of military aid from the US as “payment” for the lopsided Visiting Forces Agreement (VFA) which he has play-acted to abrogate since last year. He has ignored demands for the abrogation of the Mutual Defense Treaty, the Enhanced Defense Cooperation Agreement and others unequal military treaties which allow US military intervention in the country.

The Party and the people’s democratic revolution will surely outlast Duterte, even if he succeeds in perpetuating himself in power by imposing a fascist dictatorship or rigging the 2022 elections to seat his daughter or appointed minion.

Duterte’s war has only exposed the rottenness of the ruling semicolonial and semifeudal system which can only be defended and maintained through the armed suppression of the exploited and oppressed people. Duterte’s dirty war exposes before the people the justness and necessity of waging revolutionary struggle to end their suffering.