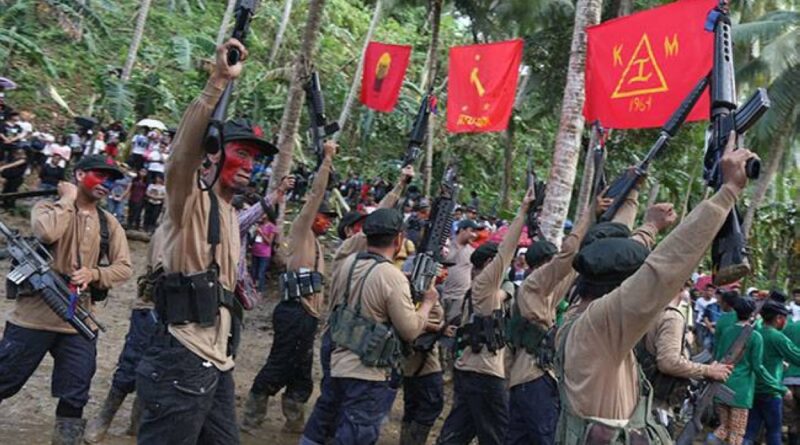 “The people cherish the NPA because it fights for the interests mainly of the peasants and workers. In terms of land, how the peasants can own land through free land distribution,” said Magbanua.

According to Magbanua, the NPA also helps in improving economic conditions of farmers by actually participating in farming and maintaining peace and order by solving contradictions between the people. Also part of the NPA’s tasks is to launch medical missions and treat illnesses through herbal medicine and acupuncture.

Magbanua also claimed that the efforts of the Duterte regime to destroy their mass base caused considerable devastation to farmers especially the indigenous peoples (tumandoks) in the countryside who are victims of human rights violations.

“During the pandemic, they need help in their economic situation; but instead, usually in combat operations, they experience bombings and abuse of human rights,’ he said.

The Apolinario Gatmaitan Command video explained the difference between the NPA and the Armed Forces of the Philippines.

It said the NPA’s difference from the AFP is that the AFP receive regular salaries from government coffers, people’s taxes but in return they do not serve rather inflict harm on the people. Meanwhile, the NPA does everything to improve the living conditions of the people, their health, literacy and their security.

Magbanua elucidated that particularly in Negros, the five guerrilla fronts continue to expand [its territory] and deepen its link to the masses.

“It cannot be denied that the enemy’s combat operations have caused harm here in Negros but this does not mean that they have decimated two guerrilla fronts in Negros. The truth is, as I already mentioned, the support of the people for armed struggle continues to broaden and deepen,” he said.

He added that the Apolinario Gatmaitan Command, with the wholehearted support of the people, will confidently continue to develop, expand and strengthen the five guerrilla fronts in Negros and possibly establish more.

Magbanua also mentioned the victims of red-tagging by government agencies, most recently the officials leading the NTF-ELCAC.

“Due to serious abuse of human rights not only here in the countryside but also in the cities and town centers, there have been an increasing number of victims of red-tagging. Red-tagging is linked to harassments up to killings,” he said.

“All those who aspire to go to the countryside to help in strengthening and building of the mass base, increasing the red fighters and launching anti-feudal campaigns. Your talents are needed in the armed struggle until we achieve victory,” he ended.