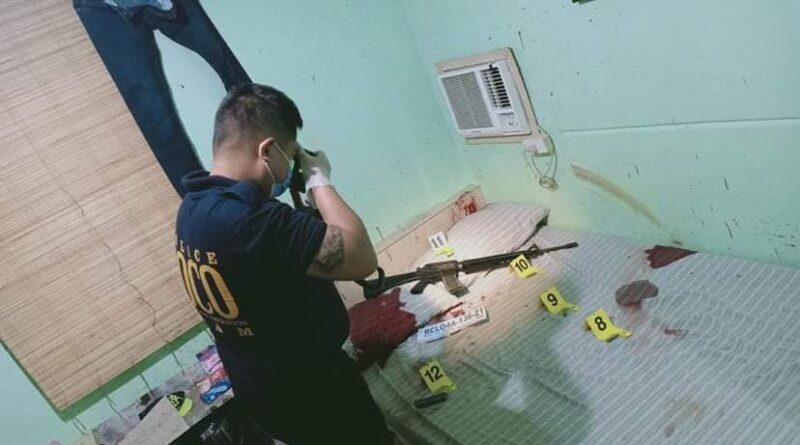 Four members of a so-called “NPA hit squad” who died during a raid in Barangay Macabling, Sta. Rosa, Laguna on May 21 were not killed in a “shootout” contrary to the claims of the police and the National Task Force to End Local Communist Armed Conflict (NTF-ELCAC).

An initial fact-finding investigation conducted by Karapatan Southern Tagalog, acting on the request of the family of Rommel Rizza, ascertained that the victims were summarily executed by the 202nd Infantry Brigade (AFP) and Philippine National Police-Special Action Forces (PNP-SAF) under the pretext of “serving an arrest warrant” against Rizza.

They also determined that there were four victims and not three as claimed by police reports.

In its initial report yesterday, the human rights group belied the “nanlaban” storyline concocted and peddled by the PNP and NTF-ELCAC. Residents in the area interviewed by the fact-finding team said they only heard eight gunshots during the incident, belying the police story of a firefight.

The report of the team suggests that the victims were likely killed while asleep or lying down as evidenced by bloodstains on their beds.

We are still determining the identities of those killed.

The massacre follows the pattern of “Tokhang”-style killings perpetrated by state agents against unarmed activists and revolutionary leaders. These operations are typically conducted under the pretext of “law enforcement operations” in the early hours of the morning.