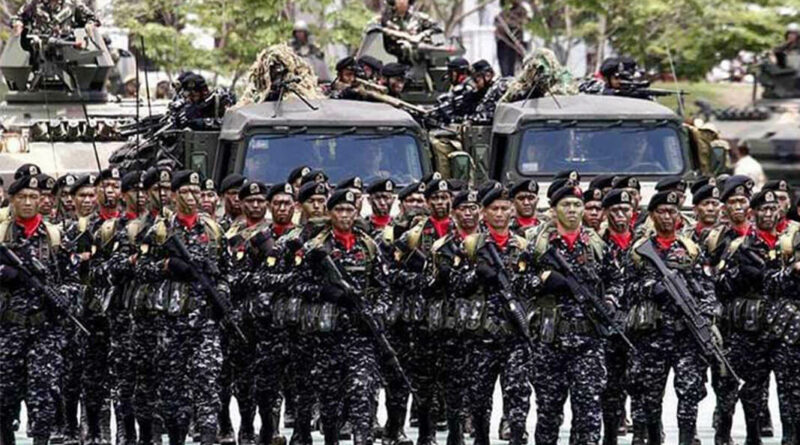 The US-Duterte regime has been relentless in spreading terror even in the midst of intensifying pandemics and other disasters. A series of killings and illegal arrests were carried out by the combined forces of the AFP-PNP-CAFGU in Bicol in the first week of May. At least five were killed in just two months. Illegal arrests, red-tagging and harassment continue especially among the patriotic and progressive. These are the recorded human rights violations from just about two months ago:

Murder of Brgy. Kgwd. Froilan Oaferina III on April 25. Oaferina has allegedly been a high value target for a long time due to the illegal sale of firearms. According to Oaferina’s son, their father had visitors driving a truck when the PNP raided their house. The PNP released everyone inside the house, interrogated Oaferina for a long time and shot her. The Oaferina family strongly denied the PNP’s statement that their head of the family resisted, even though he did not have a gun. Oaferina is the 46th recorded barangay official killed by the US-Duterte regime.

Marlon Collantes was killed and Jo Begonia of Brgy. Payatan, Goa, Camarines Sur on May 2.

Gerardo Abla was abducted from his home in Brgy. Tongo, Siruma, Camarines Sur and then killed and released as killed NPA members in a fake encounter in Caramoan, Camarines Sur on May 14.

Assassination of Ed Navalta, coordinator of the Camarines Sur People’s Organization (CSPO) for the first district in Ragay, Camarines Sur on May 18.

The escalating fascism and state terrorism prove the US-Duterte regime’s enormous fear of the people. He is afraid of self-aware citizens who defend themselves. He fears all those determined to advance their rights and democratic interests. He is afraid of those who dare to act for their well-being and future. He feared the united people would surely overthrow his rule. A few months before Duterte’s term ends, his desperation to keep the dying clan in power cannot be hidden.

But no matter what he does, the US-Duterte regime will not be able to quell the people’s anger. With each day of Duterte in office, from 2016 to his incompetence and continued violence amid the turmoil and crises caused by disasters and pandemics today, the people’s desire and determination to overthrow the oppressive dictator intensifies. In any part of the archipelago, from the ranks of the working people to the ranks of professionals and the national bourgeoisie, Duterte is the number one murderer. Together with the NDF-Bicol and the entire revolutionary movement, the Filipino people are determined to fight and win!