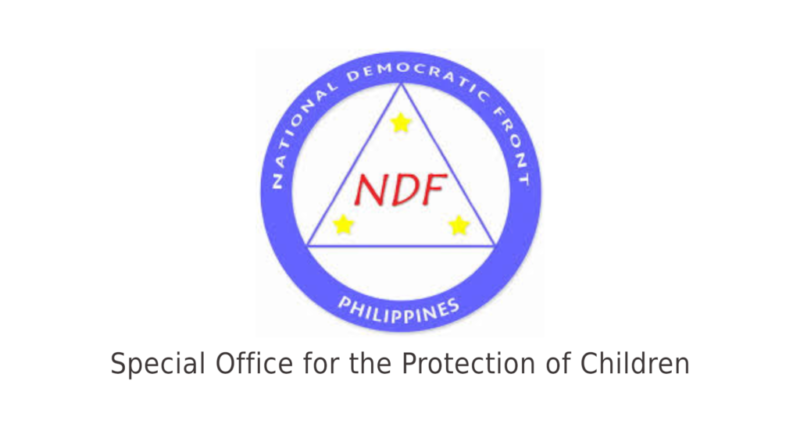 The Special Office for the Protection of Children of the National Democratic Front of the Philippines condemns the abduction and kidnapping of four year old MJ last May 12, 2021 in Sityo Ambuyan, Barangay Pitogo, Rizal, Occidental Mindoro.

At around 7 p.m., an SUV pick-up truck carrying 10 soldiers of the 203 Brigade and 41 IB (Infantry Battalion) under the command of the AFP Southern Command (SOLCOM) stopped in front of the house of Mr. And Mrs. Fernandez, the guardians of MJ. The family was having their supper at that time.

The soldiers forcibly grabbed the four year old child who was crying and resisting all the while. His foster parents were held at gunpoint while they were wrestling with the soldiers to get the child back. The soldiers forced the boy into the SUV, and the Fernandez’s were almost run over by the SUV as it sped away with the boy.

MJ is the son of political prisoner Emilia Marquez, a health worker who was arrested in 2017 while she was caring for then one-month-old MJ who was in the hospital with meningitis.

It is believed that MJ was kidnapped to put pressure on his mother to cooperate with the military, and to pressure his father to surrender.

This is not the first time that the Armed Forces of the Philippines have abducted children of members of the revolutionary movement to pressure them to surrender. One case in particular was the daughter of Gregorio Rosal, who at that time was a high ranking member of the New People’s Army.

The Special Office for the Protection of Children demands the immediate return of MJ to his guardians. The Armed Forces of the Philippines should not make children further victims of their dirty war of terror.

We demand that the Duterte regime and AFP to immediately return MJ to his guardians!

We call for a wide campaign to demand MJ’s return to his guardians, and for the AFP to stop victimizing children in their dirty war of terror!