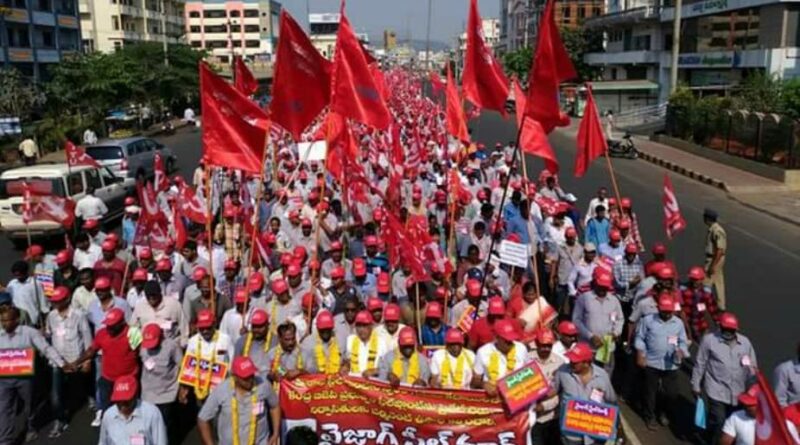 Khammam District, March 8, 2021: The CPI (Maoist) Telangana State Committee spokesperson Jagan called upon the people of the State to extend their support to Vizag Steel Plant (VSP) workers’ fight against privatization of the factory.

In a statement here on Monday, he alleged that the Modi government was privatizing profitable public sector companies to capitalist and corporate forces. The government has enacted laws unilaterally to suit the purpose of privatization.

Jagan said Vizag Steel Plant in Andhra Pradesh has been a source of livelihood for thousands of families for about five decades. Now the Modi government was plotting to throw the employees into the streets rendering them jobless by selling it to private companies.

He said the CPI (Maoist) supports the factory workers fight adding the Centre has made thousands of workers jobless by privatizing Coal India in the past. Similarly BJP government at the Centre was trying to displace forest dwelling Adivasis with help of ‘Black Laws’ passed by it, he complained.