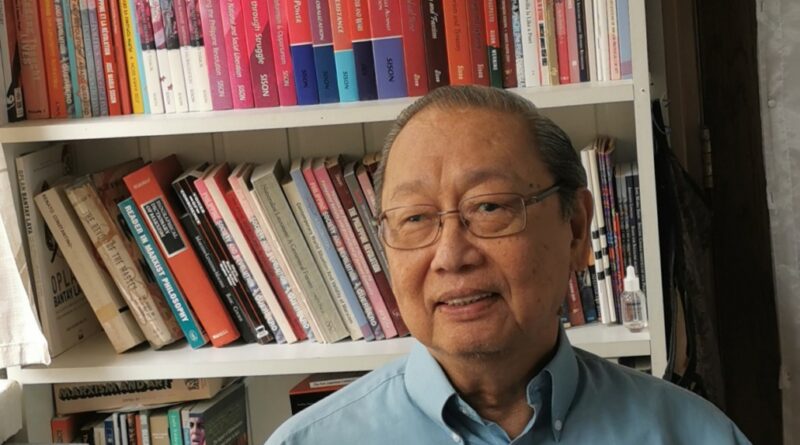 The  bloodthirsty tyrant Duterte openly gave the illegal order  to all his military and police underlings last Friday, March 5 to ignore human rights and to “kill them all”, all persons whom they come across in the battlefield or whom they can tag as “communists” and frame up in fake “nanlaban” situations.  This has signaled a new level of counterrevolutionary violence in Duterte’s  drive for absolute power through fascist dictatorship.

Thus, on Sunday, March 7, his armed minions went on a coordinated rampage of raiding homes and  offices of well-known noncommunist and legal mass organizations and social activists in the provinces of Rizal,  Cavite, Laguna and Batangas in the Southern Tagalog region.  They used baseless search warrants,  planted explosives and guns as fake evidence, abducted some of the victims  and murdered at least nine of them in the notorious Tokhang style of the terrorist Duterte regime.

This massacre of unarmed civilians in their own homes and offices has in fact been preceded by the frequent red-tagging and consequent abductions and murder of outstanding social activists, including human rights defenders and advocates of a just peace, in various regions since the formation of the National Task Force-ELCAC in 2018.  Immediately preceding last Sunday’s massacre was the wholesale red-tagging of  more than 300 social activists in Northern Luzon for the brazen purpose of Tokhang-style listing and  butchery

As a serial mass murderer,  Duterte is becoming more desperate, more brutal and more lethal  in the face of the growing mass protests and armed revolution of the people amidst the rapidly deteriorating economic, social, political, cultural and health conditions. Following the Sunday massacre, his armed minions are frenziedly red-tagging social activists and critics and threatening to kill them all in all regions of the country. They claim that their boss Duterte has already gotten from US President Biden the go-signal to kill in the Tokhang-style as many people as necessary to destroy the CPP and NPA even as the conservative opposition continues to hope that Biden will require Duterte to hold the 2022 presidential  elections and prevent him from cheating in favor of his daughter Sara .

In his mentally and morally deranged and perverse way, Duterte wants to overshadow with more butchery his failure to realize his yearly threat to defeat and destroy the revolutionary armed struggle led by the Communist Party of the Philippines and carried out by the New People’s Army. But it is impossible for the Duterte regime to suppress the armed revolution through sheer military force with a thin veneer of palliatives which have been used merely to militarize civilian functions of the reactionary government and to corrupt retired and active military and police officers. The regime itself has aggravated the crisis of the semicolonial and semifeudal ruling system, has escalated the conditions of oppression and exploitation and has made the ground more fertile than ever for armed revolution.

The Philippine economy and reactionary government have been bankrupted by the general stagnation of production of raw materials and semimanufactures for export, the untaxed smuggling out of mineral resources and the smuggling in of illegal drugs by the Duterte gang, the drastic fall in the remittances of overseas contract workers, the remorseless bureaucratic and military corruption, runaway military overspending, accelerated outflow of foreign exchange by Filipino crooks and foreign companies, widening budgetary and trade deficits and the mounting local and foreign debt. Loss of jobs, inflated prices of food, fuel and other basic commodities and the horrendous corruption scandals are now angering the people against the Duterte regime.

The rapidly worsening crisis of the capitalist global economy and the further adverse consequences of the Covid-19 pandemic guarantee the further worsening of the crisis of the Philippine ruling system. Ever obsessed with his drive for fascist dictatorship and rapid accumulation of bureaucratic loot, Duterte has taken advantage of the pandemic to railroad the law of state terrorism in the name of anti-terrorism and anti-communism and has grabbed large amounts of public money that he promised for enabling mass testing and other health measures against the pandemic and for providing  economic assistance (ayuda) to the people who lost their means of livelihood due to the lockdown.

Stricken by hubris and blinded by paid poll survey firms and troll armies, Duterte is practically unaware of the people’s just hatred for the intolerable oppression and exploitation that he is inflicting on them. The broad masses of the people are not all frightened by the Sunday massacre and by all the crimes of treason, tyranny, butchery,  plunder, mass intimidation and deception committed by Duterte and all his accomplices.  Instead, they are outraged more than ever before and are intensifying  all forms of resistance, legal and otherwise.

According to CPP statements, an increasing number of the people are joining the armed revolution and are encouraging those who are in imminent danger of being abducted and murdered by the Duterte regime to do likewise.  The rapid increase of underground revolutionary activists and new recruits of the New People’s Army is reminiscent of the same phenomena during the Marcos fascist dictatorship. There is also a strong public clamor for the soonest possible punishment of  the masterminds and implementors of state terrorism and the plunderers and their direct beneficiaries and for the deployment of special teams by the armed revolutionary movement for the purpose of punitive action.

Those who are most articulate about the scarcity of punitive actions against human rights violators and  plunderers decry the fact that Duterte and his allies like the Marcos, Macapagal-Arroyo and other such vulture families are still enjoying political power and their ill-gotten wealth.  They are demanding that the CPP leadership and the NPA commands at the guerrilla front level ought to be able to decide and undertake, like the usual guerrilla actions against armed enemy units,  the necessary punitive actions against human rights violators and plunderers who have armed bodyguards anyway, on the basis of judicious standing orders under the principle of centralized ideological and political leadership and decentralized operations.