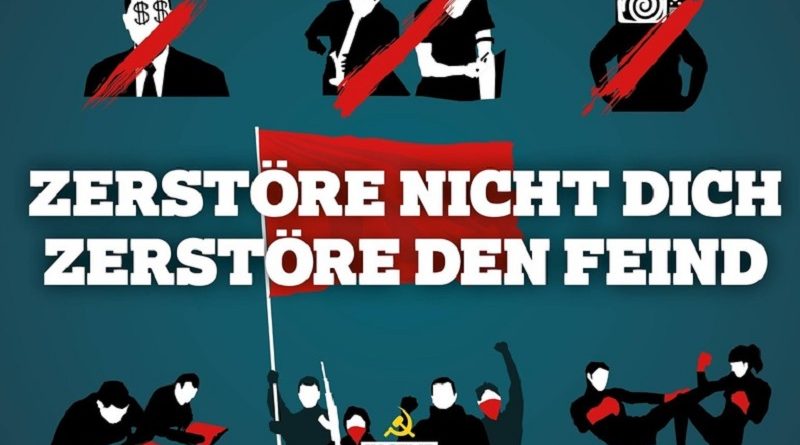 When we as communists take a position regarding drugs, we need to make it clear that we take it from the point of view of our proletarian class standpoint and not from subjective perceptions and experiences. These are limited and have a liberal perspective focusing very much on the individual. The problem concerning drugs is something that concerns our entire class as well as all communists.

It is argued beyond doubt that it is our class that receives the most damage when it comes to drug abuse and drug addiction, but also in the influence it has on other areas in the lives of our class. This means that the question surrounding drugs is not an individual question but a class question.

Narcotics not only enslaves parts of our class to abuse, it also becomes a livelihood for some of our class, and especially among the proletarian youth. Drugs not only become the temporarily “easiest” way out of a harsh and stressful life situation due to the intoxicantions, the drug industry also becomes an income source and a job, especially in urban “ghettos” where the bourgeois state holds large parts of the proletariat outside work and outside society.

Because of this, very many are caught and held down in a position they can not get out of, where everything is connected to drugs. Drugs become an income and an abuse, a vicious circle where a few earn good money from other people’s abuse and death. The drug consumes parts of our class from within. It eats us up physically and mentally and keeps us in check, unable to destroy or break anything other than ourselves.

The harm you inflict on yourself and others is not only enormous when it comes to your health, but drug abuse also degenerates mentality. The drug does not only lead to you destroying yourself, it is also common that you destroy the people that are closest to you. Both mentally and physically, especially if someone is in the way of the addict’s pursuit of money or drugs.

There is a lot you could write concerning intoxicants and drugs, but as mentioned earlier we have to take a position that best fits in with what is needed in the struggle for the proletariat’s victory. Narcotics do not only have an effect on and debilitates our class but they are a problem for the whole community. Nevertheless, it is undoubted that intoxicants and drugs do the greatest damage among the proletariat and suppressed parts of the people. This means that communists must also have the clearest attitude towards this.

A proletarian and revolutionary policy surrounding intoxicants is to counteract their influence on our class, politically and culturally.

How can some classes benefit from liberal attitudes toward intoxicants?

Having said that, the bourgeoisie wants to limit intoxicants so that they do not take over, especially among the proletarians who work for them. Therefore, they and their state will sponsor programs to limit the intoxicants and help people avoid them. However, because of all the above-mentioned points, neither can nor will they take care of the problem at its roots.

Drugs are a burden and a manacle on our class, another link that holds us in place. Our view is that the working class must and will break all these links.

Communists should not only reject narcotics and the culture surrounding intoxicants – we should promote alternatives such as sports, outdoor life, red culture, cooperation in struggle, unity and solidarity. We fight for working class sports, red music and collectives that take care of each other. And we want to fight for proletarian neighbourhoods becoming bastions against the Mafia and drug dealing.

We fight for treatment instead of police harassment for those who have problems with intoxicants. Abuse of intoxicants is a health problem that usually has social roots, or roots in mental problems and other challenges that create needs that people want to deal with using intoxicants.