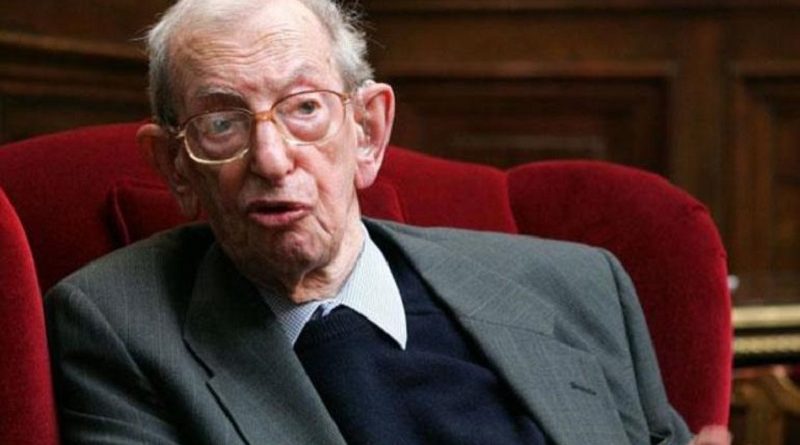 On the 9th of June 2017, it has been a hundred years since the birth of the English historian Eric Hobsbawm.

Hobsbawm would go on to become one of the most important historians of the 20th Century, and let Marxist thought – which he was exposed to early on – run through his work, guiding his research. He also used his enormous knowledge of history not only to explain the world, but also to formulate why it is necessary to change it.

He was born in Alexandria, Egypt, where the father worked. His mother was from Austria, so he was exposed to different cultures and languages from early on. The family moved to Vienna, where Hobsbawm grew up. After the parents died in respectively 1929 and 1931, he and his sister Nancy moved in with their uncle in Berlin. In a Germany where the political lines were extremely sharp, he began to read Marx and defined himself as a communist. He also joined several socialist youth organizations after Hitler gained power in 1933.

In 1934, the uncle brought him and his sister back to England, where Hobsbawm finally learned to read proper English. He began studying at Cambridge in 1936, and became known as an unusually talented academic. After the beginning of the Second World War, he enlisted with British intelligence since he was fluent in German, but was rejected due to his political views.

After the war, he continued his studies, and got hired as a teacher at London’s Birkbeck College in 1947. As a member of the British Communist Party, he was a driving force behind what became known as the Communist Party Historians Group along with several other leading British historians at the time. The group looked up to the Fabian Society, which was also the subject of Hobsbawm’s own PhD.

In addition to his research, he also wrote a number of articles to different magazines, under the pseudonym Francis Newton functioning as a music reviewer, among others in the magazine New Statesman. Here too, his Marxist worldview is dominant – the pseudonym came from Billie Holiday’s communist trumpeter Frankie Newton. Through his books and articles, he was also important in bringing history out of academic ivory towers and out to the people, as the British Labor-leader Ed Milliband said.

His social engagement ran through his life work, and he strongly opposed the growing power of market liberalism, among other places in his homeland. Intellectually, he kept his strength until he was of old age, and as a 93-year old, he was president of the organizing committee of a local literature festival. However, old age would eventually claim him, and when he got pneumonia in 2012, he was weakened enough by leukemia that he died on the 1st of October, 95 years old.