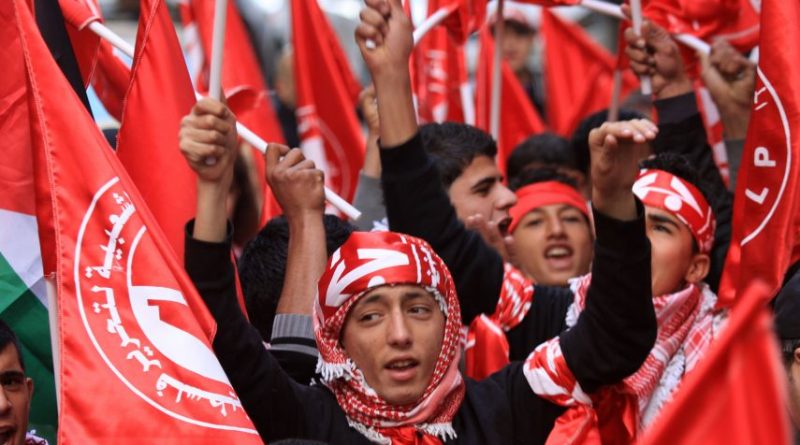 The Popular Front for the Liberation of Palestine praised the heroic operation in Jerusalem on Friday evening that led to the killing of one armed occupation Border Police officer and wounding of several more armed occupation forces, saying that this operation comes at a critical time to defend Palestinian resistance.

The Front saluted the martyrs whose lives were taken in the operation as heroes of the Palestinian people who acted to defend the rights of the Palestinian people with unrivaled courage, penetrating Zionist control over Jerusalem to direct the fire of their anger at the occupation’s armed forces and soldiers. The Front emphasized that the resistance is continued, rooted in the homeland and in Jerusalem, the eternal capital of Palestine.

The PFLP also noted that this operation sends a strong, direct message to the defeated leaders of the Palestinian Authority, its polices and approach, that makes clear that the resistance is continuing and is the only path to defeat the occupier. The operation was carried out only meters from the al-Buraq Wall, confirming the Arab identity of Jerusalem. A attempt to undermine Palestinian and Arab rights to their holy sites and to Jerusalem will face strong and firm rebuke.

The Front also confirmed that this operation is a direct blow to all of the plans for liquidation of the Palestinian cause at the hands of U.S. imperialism and the Zionist entity with the cover of some reactionary Arab regimes. The Palestinian people have proven once more that despite their circumstances, they are capable of great sacrifices and struggle to respond to such schemes.

The Front called upon the resistance factions to build upon this operation, which coincides almost exactly with the passage of 100 days on the martyrdom of the revolutionary intellectual Basil al-Araj, to rehabilitate the armed resistance to confront the soldiers of the occupation as the most effective method to defeat the occupier and all schemes against the Palestinian people.