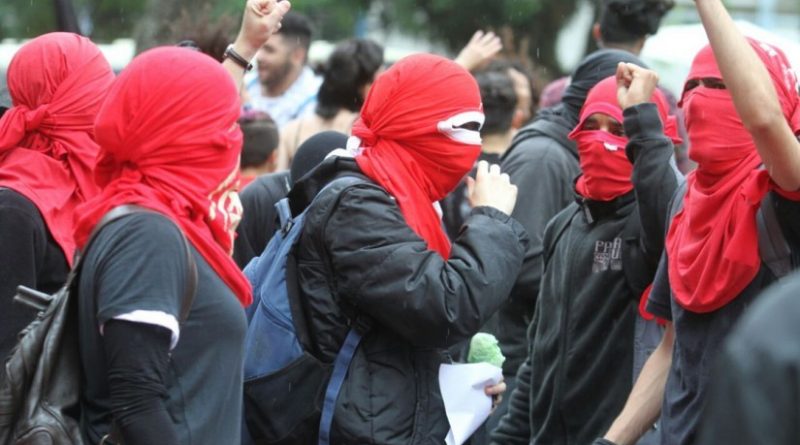 Elections are a farce! Do not vote, fight! Organize the people for the Revolution

The situation of oppression and exploitation in which the people live is already unbearable, amid serious attacks on rights won with much struggle, sweat and blood by the masses of workers. Particularly we youths, clustered in the peripheries of the great metropolitan regions, are subject to the genocide promoted by the repressive apparatus of the police forces of the old state, we suffer all kinds of police abuse and racism, all while we have no right to study, to get around and have fun.

Against all this, our youth have risen. Especially since 2013, in which the combatant youth of the cities have placed themselves on the frontlines of the most radicalized protests, in the struggles for transportation, education and against every scarcity of life. Also in the countryside, where the young peasants stand on the front lines in the struggle for land, for the destruction of the latifundia through the Agrarian Revolution, democratizing the ownership of the land, distributing it to the poor peasants without land or with little land, as a part of the new-democratic revolution.

And to prevent this uprising, the old state is preparing a counterrevolutionary military coup, whose first step was the military intervention in Rio de Janeiro, which promotes genocide and extermination in slums and poor neighborhoods. In other metropolis of the country, the police also increase the genocide of the poor and black people, especially the youth.

Elections are a scam!

Every two years we are offered farsque elections, whose sole purpose is to endorse and legitimize this old order of exploitation and oppression, and worse still, the “left” and the right blame the people for all the ills and disasters that come of this rotten system, under the excuse that “they do not know how to vote”. But vote for whom, pale face? And for what?

After all, who are the candidates who are presented to us every two years, if not the most shameless representation of great bourgeois, landowners and imperialism? The same political oligarchies, the same groups for centuries. And what are their plans for government, except, in the last instance, to apply the booklet of imperialism, under different colorations and mystifications? Now with demagogic speech supposedly of the “left”, now with proto-fascist discourse! All the acronyms of the Single Party of the big bourgeoisie and the latifundio are right wing and all of them have already managed the old state at federal, state and municipal levels and what has changed? Bolsonaro, a delirious proto-fascist, ‘nationalist’ half-bowl and American bootlegger, Haddad a stand-in for the master opportunist Luiz Inácio, Ciro a truculent and social-fascist colonel, Alckmin a lunch thief, Marina an eco-opportunist and eco-functionary of Yankee bankers and NGOs … they are all flour of the same bag! For all of them, without a single exception (which would serve only to prove the rule), are committed to maintaining the state as it is: A machine for grinding the poor in the hands of the great bourgeois and landowners! All a soup of letters that shelter all surrenderers, sellouts, servants of Yankee imperialism, big bourgeois and landowners.

What Brazil needs, in fact, is a Great Revolution! And for this, it is necessary not to deceive ourselves with the electoral farce, but rather to raise our consciousness and political action, through revolutionary organization, to fight against this rotten system of oppression and exploitation and to build a great destiny in which the people can decide their own future.

This is what the Red Unit – Revolutionary Youth League proposes. Boycott the elections to denounce it as a farce, but not only that. Principally, to organize the combatant youth for the Revolution, politicizing them and propagandizing the agrarian, anti-feudal and anti-imperialist Revolution as part of the revolution of new democracy and in an uninterrupted way the socialist revolution towards the luminous future of humanity, which is communism.

Youth are the dawn of the new world and the future belongs to us! Therefore, we declare:

Do not vote, fight!
Long live the combatant youth!
Neither election nor military intervention! Revolution!
Election is farce, does not change anything, no! Organize the people for the Revolution! 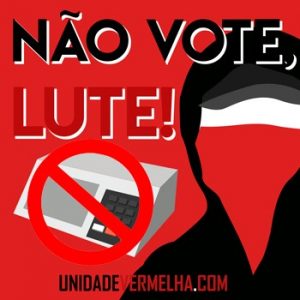