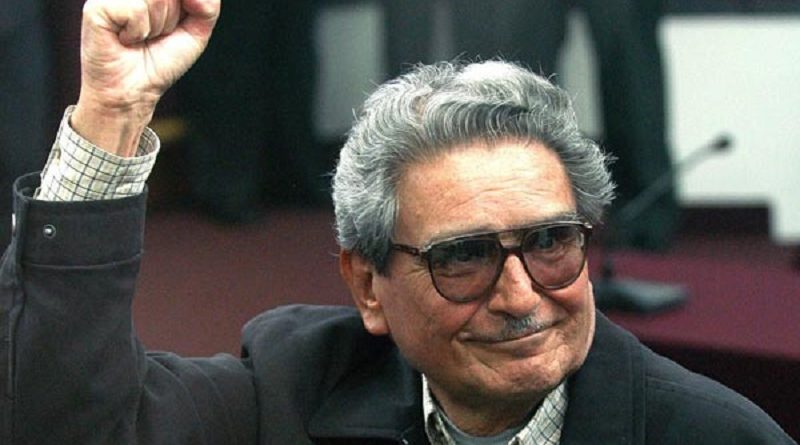 Let us remember, we celebrate the 26th anniversary of the speech of Chairman Gonzalo from the cage, who has been held in prisons of the Peruvian regime and of imperialism for 25 years. On September 25, 1992, from the obscure cage in which the corrupt, genocidal and anti-people regime of Fujimori supported by imperialism and the CIA locked him up, Chairman Gonzalo, leader of the Peruvian revolution, held his speech, in which another, he stated clearly:

“We are here as children of the people and we are fighting from these trenches that are also trenches of struggle, of fighting, and we do it as communists because we defend here the interests of the people, the principles of the party, the people’s war. This is what we do, we are doing and we will continue to do … the journey is long and we will continue it, we will triumph … …. What do we need? We need Maoism to be incarnated and it is being done and to generate Communist Parties, capable of leading and ultimately directing this new great wave of the world proletarian revolution which is announced … “.

26 years after Chairman Gonzalo was imprisoned, the People’s War in Peru is still suffering from a crisis but the Chairman’s words remain the reference point of how to move forward in Peru and are of great importance in the world.

Our party defends of this speech and of President Gonzalo, supports the Communist Party of Peru, and the people’s war which was never given up. Indeed, over the years it has been the only force in the RIM, ICM, and our country to consistently comply and to bring them forward.

We still support the Peruvian comrades who carry out the ideology, the line and the practice of the Popular War indicated by Chairman Gonzalo in Peru and abroad.

The application of Maoism can not take place in dogmatic and stereotypical forms, because this originates effective “leading” parties incapable of applying the MLM to concrete reality with the necessary innovations that the changes in imperialism and the differences in individual countries demand. This line has already failed in our movement and has caused damage and detours, created fiefs and non-party elements.
Just as it is absolutely necessary the historical balance of the PCP of the defeat of the People’s War for its strategic revival beyond the continuation of the People’s War.

No one charges Chairman Gonzalo with the simplifications of many of his supporters in Peru and abroad:

Our Party has included in its founding theses what must be considered the contributions of Chairman Gonzalo to the revolutionary Marxist-Leninist-Maoist revolutionary theory in the current historical phase of Maoism as a third stage of Marxism-Leninism;
– the theoretical and practical affirmation of the universality of the people’s war as a winning strategy of the proletariat in all the countries of the world, and in it, the conception of the communist party, built for to the preparation, beginning and development of the people’s war;
– the need for the elaboration of a “specific thought”, the result of the creative application of the m-l-m to the reality of each country, as a weapon to define, affirm the program, strategy and tactics of the revolution; it is only through the development of a “specific thought” that affirms in each country the universality of m-l-m, the world proletarian revolution and communism;
– the scientific conception of the Great Leadership, based on the elaboration of the specific Thought on the ideological and strategic level, result of the experience and the revolutionary struggle of the proletariat which forms its leaders, representing the incarnation and advanced synthesis, capable of leading the revolution until victory.”