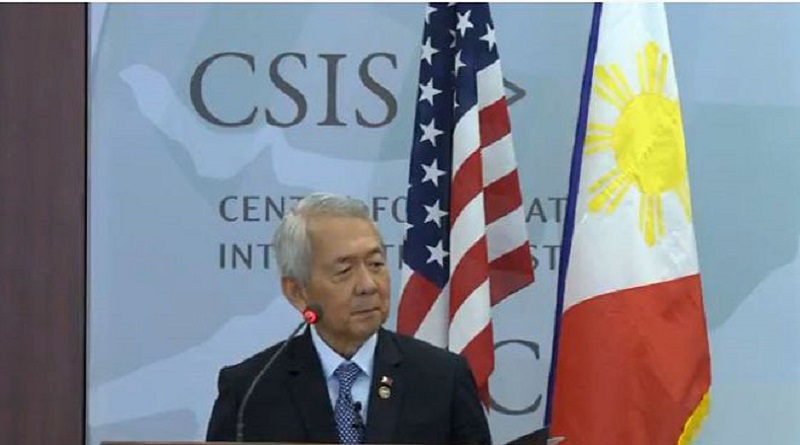 MANILA – Amid confusion on whether President Rodrigo Duterte has called for the removal of US troops in Mindanao, Foreign Affairs Secretary Perfecto Yasay said Thursday that US troops will have to pull out temporarily from the region.

Yasay is in Washington DC for a series on engagements, including at the Center for Strategic and International Studies, where he discussed foreign policy under the Duterte administration.

On Monday, President Rodrigo Duterte said US forces in Mindanao should leave.

He said American troops are targets of the terror group Abu Sayyaf.

Yasay, however, clarified that the President is ordering the pullout of foreign troops in the country so as not to put them in harm’s way.

“The President made a statement about Americans and certain military personnel in the Philippines to probably think about pulling out at this time when the Philippines is going to engage in an all-out offensive against Abu Sayyaf and he has explained it only yesterday that this is a temporary measure to keep our friends, the Americans, out of harm’s way,” Yasay said.

However, Defense Secretary Delfin Lorenzana on Wednesday downplayed Duterte’s fears that the US troop members might be kidnapped, adding that the US forces are capable of defending themselves.

“Let us remember that these people are also combatants. They are not civilians that are subject to kidnapping by terrorists,” he pointed out.

Meanwhile, Yasay reiterated that there is no change in foreign policy in light of the President’s call for a pullout.

“He (Duterte) has emphasized that this is not a change of policy. This is not a reneging of our commitment, our alliances. But this is done simply on a temporary basis,” Yasay said.

He said the Philippine government is moving to strengthen its relationship with the US, despite Duterte’s recent tirades against Washington.

“No change in policy. It continues. We will continue move further to strengthen our relationship with the US and adhere to our commitments,” he said.