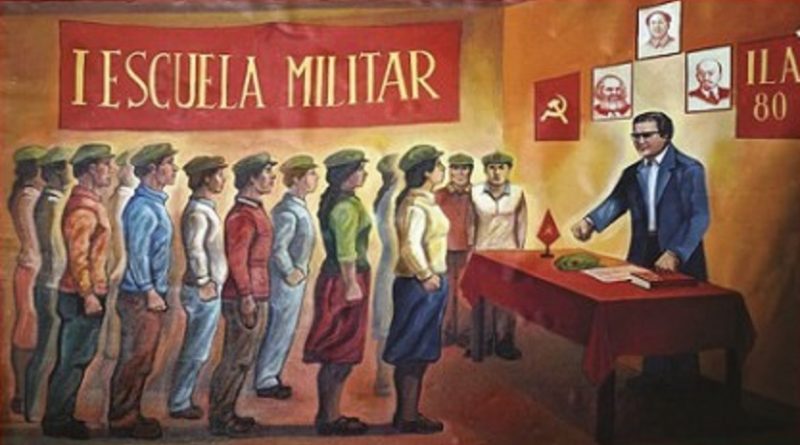 In this installment we will refer briefly to the role that Karl Marx, the founder of the ideology of the proletariat, who first laid the foundations of the only scientific ideology, able to interpret and transform to the world, has played in the Latin American Revolution.

In the manifesto of the Communist Party, published in February 1848, Karl Marx and Friedrich Engels say that the “discovery” of America was actually the incorporation of America into the chain of capitalist production. But, as José Carlos Mariátegui would later show, that does not mean that the countries of Latin America became capitalist. The feudal order, which was going into breakdown and withdrawal in Europe, was exported and started in America. In fact, it was militarily imposed by Spanish and Portuguese conquistadors. 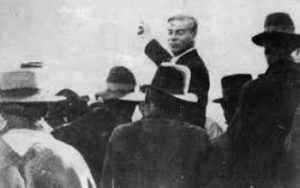 Luis Emilio Recabarren, founder of the Communist Party of Chile

It is at the end of the 19th century when, in Latin America, the first outbreaks of the young working class developed, but on a semi-feudal basis, since with the wars of independence, the social relations of production which impose the latifundio landowner, exploiting the peasant without or with little land, were not done away with. It is for this reason that the struggles of those years was not guided by Marxism, and, at the same time, that is the reason why Marxism was not widely known in this part of the world.

At the beginning of the 20th century the position that prevailed in terms of dissemination of Marxism was rather a distortion of Marxism: the 2nd International propaganda. It was after the Russian revolution of 1917 that Marxism came to the countries of the third world, including Latin America. The importance of this was very large and it is difficult to measure it. However, please note that with this milestone the labor movement accomplished what the bourgeoisie and landowners were saying was impossible. It was in this way that the triumph of the Russian Revolution was received by the workers and peasants in Latin America as their own. Another important thing to mention is that with the triumph of the revolution, first-hand propaganda of the proletarian ideology finally arrived in this part of the world, and promptly, with the opening of the Communist International in 1919, Marxism was further established, developed to a second stage: Marxism-Leninism. 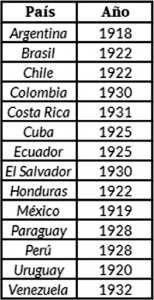 Date of Foundation of the Communist Parties

In many countries, communist parties were constituted as sections of the Communist International. In Chile, this took place January 1-2, 1922, under the guidance and leadership of Luis Emilio Recabarren.

The Communist International was instrumental in the development of these parties as organizations of combat against the exploitation and in the struggle for the conquest of power for the working class. The problem was that the very Communist International was also ground of dispute in the class struggle and this is going to have an effect, no doubt, on its own sections in Latin America. For example, up to the first half of the thirties of the twentieth century, the red line prevailed in the Communist parties in this part of the world, entailing combat against the latifundio, the big bourgeoisie and their fascist expressions.

Since the second half of the 1930s, the right within the International Communist movement gained ground. The left focused in turn on the proletarian leader Stalin and thus raised the antifascist struggle. On the death of Stalin in 1953, the rightist line within the Communist Party of the USSR was imposed and thus also in the Communist parties in Latin America, except in Peru, where revolutionaries defended the party founded by José Carlos Mariátegui.

With a series of Communist parties which renounced Marxism and turned fully toward the electoral contests and, mainly, with the triumph of the Cuban revolution in 1959, politico-military apparatuses emerged in Latin America. There sectors of revolutionaries sought an exit to continue armed struggle against imperialism. 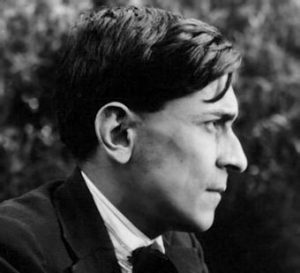 José Carlos Mariátegui, founder of the Communist Party of Peru

The problem of these politico-military organizations was that they put the gun and the ideology on the same level, when what is needed is to always put the ideology and politics in command of the military. In other words, the problem was not creating a technical organization, because many of these organizations also ended up betraying the revolutionary struggle, even after major advances, as the Frente Sandinista de Liberación Nacional in Nicaragua, Alfaro Vive Carajo in Ecuador or the Frente Farabundo Marti de Liberación Nacional of El Salvador. What was needed was to defend the ideology, Marxism, and its advances. Here is where the red fraction in Peru said, “we will not train a new party,” what we will do will be to “retake and develop José Carlos Mariátegui”. Why retake? Because the parties that were formed as a section of the Communist International, were revolutionary parties and that cannot be forgotten; that should be retaken. Why develop? Because since these parties were founded, Marxism, has been developed in Marxism-Leninism-Maoism. 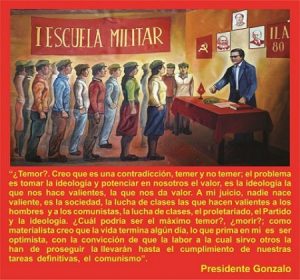 In the politico-military organizations, sons of the people wielding the banner of the revolution died heroically. The betrayal of their struggle does not negate their commitment. Moreover, if Marx showed anything, it is that to make the revolution, it is not enough to just commit onseself wholeheartedly, but in addition one needs to fight scientifically, always putting politics in command, and the working class should be organised in the Communist Party. There is nothing that can replace this organization, because there isn’t any class in society that is more revolutionary than the working class. That is a lesson that has cost blood for the working class and the people and we have no right to ignore it. 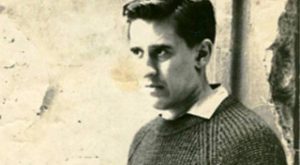