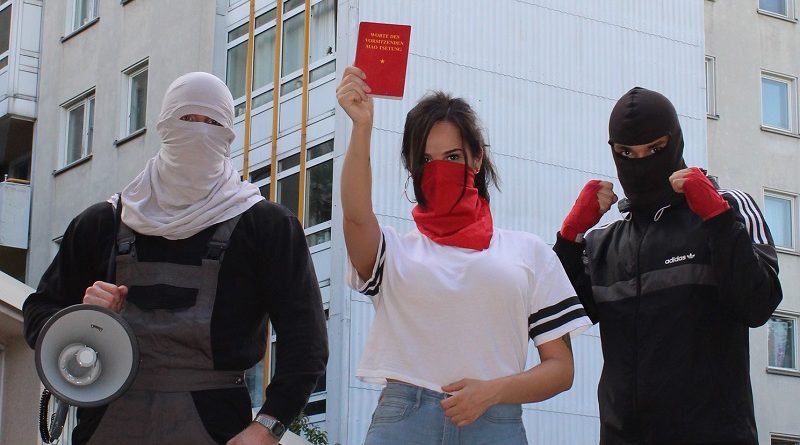 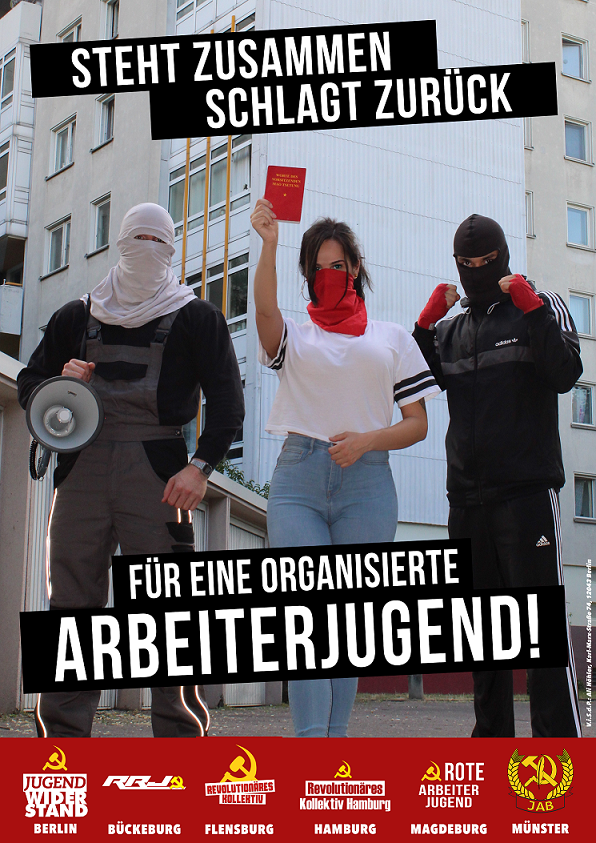 We are only young once. Many want to use the time between childhood and adulthood to either prepare for a future career or to experience a time that is like a huge adventure. “Youth is the wild time”. We should try each other out and even occasionally go over the limit a bit. Whether we run away from the cops at night with spray cans in our pockets, chearing on a football club and brawling each other on the weekend, or try to forget the world around us on party nights, we’re always distracted. We seem to be running away from something.

“Higher, faster, better, more extreme” is the motto of this generation. Everyone our age can tell stories that are anything but laughable: binge drinking, violent excesses, crime and drug abuse. If you are not from a rich neighborhood, you don’t have to listen to German hip-hop to know all these things.

For most of our lives, however, we are busy with other things: we are going to school, doing a job for a short time, or are already working somewhere. We find ourselves in classrooms most of the day, and in apprenticeship yards and businesses. We are the contenders of the adult world. The newbies. “Apprenticeship years are not men’s years” you can hear from all sides. We should do the dirty work, for a salary that nobody else in this country would work for. When we object, we are called cheeky, presumptuous and brash. After all, we have a job or apprenticeship. We are lucky.

Many are without work and without education. Many just go to school to meet expectations and do not actually have a plan for what happens after graduation. When it comes to the future, it is better to change the subject.

All of this has very specific causes: it is no secret that many bosses hire only apprentices, so they have a cheap temporary worker for a few years, they can break easier labor law. This system has nothing to offer us and it is not made for us. Let’s review – our reality is low wages and rising prices, skyrocketing rents and crowding, bosses that can take anything out they want. Racism, fascism becoming stronger, and a lack of perspective.

Seeing how many of the older people live here who cannot afford even a driving ticket, one easily loses confidence in this system, one no longer believes in the “honest way” and tries his luck in crime. If nobody picks you up and teaches you to experience sports, community and adventure in your free time, there are dealers who will take you by the hand and sell their shit to you.

If this system assigns no meaning, no significant place, you waste your best years just with meaningless shit. Until then the seriousness of life catches up and you have to work until your retirement for a lousy wage.

The World of Tomorrow

It does not have to be this way and it is anything but carved in stone! Youth is not a stupid temporary worker that enjoys a bit more fool-freedom than the grown-ups while going a bit over the limit. Youth is the architect of the future!

This means that the way the world we give to our children depends on how we choose to live. Leaving the world as it is and stunning with youtube and binge drinking, we’re giving our children a world ruled by exploiters, racists, and warmongers. A world full of contempt for women, environmental destruction, war and hunger. A world in which people are indifferent to all the misery. The coming youth will be educated to be even more insensitive, still meaningless and Americanized.

Let’s not it get that far! Let’s stand up for something! Let’s learn what it’s like to fight for something! The task of youth is to build the world of tomorrow with their hands! A world in which people meet like siblings. A world built and sustained by the youth. A world in which we hunt down the exploiters and the bloodsuckers, the beneficiaries of this decaying order, to live in decency and dignity. That’s the straight path!

If you think that something is going wrong then you are not alone. We organize resistance against this sick system that has no future. We network and convince others to join us. What they present us here as “culture”, we fight decisively and reject in all its facets: In our community, the origin plays no role. Neither does the gender. It is important that you share the same attitude and want to change something. We do sports and live a healthy and active lifestyle. We reject drugs and go into nature together, moving our bodies. Go in search of real life. We form each other and sharpen our minds so nobody can fool us. We expose the lies that the state media tells us and question the causes of problems. Where we live and work, we try to fight and serve the people, to do something good, to advance the revolution. We ask about the problems, discuss them and develop strategies to solve them. And last but not least, we fight side by side where our class stands up. Whether it’s at G20, on the first of May or other dates. We do not miss, we go to the front! There is no reason to wait any longer! Fight against exploitation in the workplace, oppression, police brutality, racism and unjust war. Do the right thing and go the straight way!

Stand Together – Strike Back!
For an Organized Workers’ Youth!