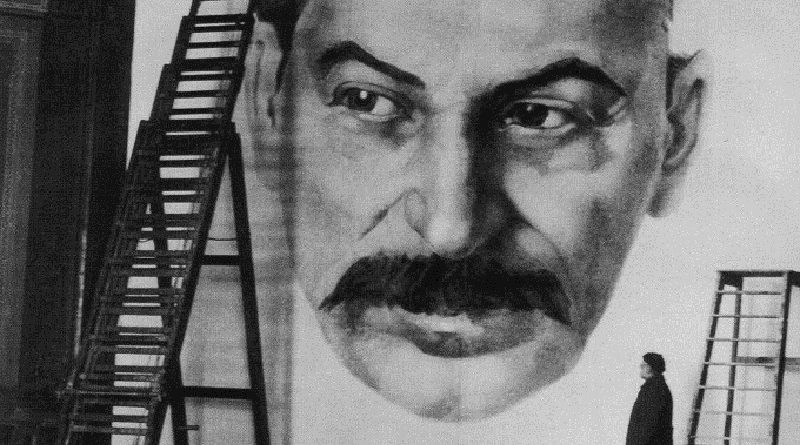 In the history of the communist movement, few figures offer such constant and thorough demarcations as Joseph Stalin. The very mention of his name separates the grain from the chaff and the phony from the real communists; few have ever reached such noble heights. Comrade Stalin is rightly regarded as one of the great teachers of Marxism; he is adored alongside Marx, Engels, Lenin and Mao with good reason. Some stains however do not wash out, and Maoism is no different; we still have those among us who would devalue Comrade Stalin, who would take the secondary aspect of his errors in dialectical materialism and make them the principle factor. These types of people only shoot themselves in the foot and look foolish limping out of history.

On this day we choose to celebrate the life and contributions of Comrade Stalin, which is far too beautiful and vast to recount here. In the days when Stalin was known as Koba, he not only financed the Bolshevik Party through armed expropriations, he also led sporadic guerrilla fighting as early as 1905. He was a working class poet who never feared getting his hands dirty in service of the people, which set him apart from many of his Marxist contemporaries.

It was Comrade Stalin who first laid down a framework using Marxism to provide us with a basis for analyzing the national and colonial questions. Stalin as an oppressed-nation person himself contended seriously with the questions of national liberation from occupation, succession and the right to self-determination for oppressed nations. As leader of the Comintern, Comrade Stalin supported and pushed forward the Black Belt Thesis, which advocated for the right to self-determination of black Americans in the US south. It is a thesis from which we have much to learn still.

Stalin was a dedicated student and defender of Comrade Lenin, on one occasion smuggling Lenin out of the country to escape the risk of being killed. Without Stalin there would be no Leninism. Among his many contributions, synthesizing Marxism into Marxism-Leninism has to be counted as one of the greatest. It was Marxism Leninism which stormed the earth and proved itself as universal in the trenches of class struggle.

It was Comrade Stalin who ended the state capitalist project of the New Economic Program and began the construction of socialism for the first time in human history. Stalin led humanity and our class to previously unknown summits of greatness. He led a victorious struggle against the die-hard rightists and other enemies by defeating the likes of Leon Trotsky and his reactionary headquarters. Trotsky did not live and all that was to come of his ideology is the running joke that is Trotskyism, with its crews of reactionaries who fear the term Communist and instead opt for “socialist” when formulating and naming their revisionist organizations, yet it was Marx who correctly stated that a communist disdains to hide their views.

Among the most valuable of Comrade Stalin’s contributions was his decisive leadership in defeating the greatest threat to our class, the fascist hordes in World War 2. It was the bullets of the Red Army which put down the Nazi dogs and it was Communist hands which tore down the gates of Auschwitz. In these troubled times where fascist populism is on the rise in the imperialist countries let the spirit of Comrade Stalin light our way to battle once more.

With the death of Comrade Stalin came those who would restore capitalism in the USSR. To accomplish this treachery, they had to do their utmost to discredit the name Stalin. Mao Zedong led the charge against the modern revisionists who would try and “de-Stalinize” the International Communist Movement, and true Communists all over the world mourned for the loss of our hero and upheld Chairman Mao’s correct assessment of Comrade Stalin. It is not that we deny Stalin having made errors, it is that we understand that those who try to erase Stalin are making a grave mistake. They seek to smuggle in the same rightism which was displayed by the reactionaries in power in the USSR when they reformed the name of Bukharin. Our domestic revisionists have attempted as much in other ways, which is evident in every sellout or “post Maoist” who has turned in their communism and turned their back on the people. They all began this road with a hyper-critical denunciation of Comrade Stalin.

Once more it is none other than Stalin who separates the real from the fake. It was Comrade Stalin who served as the bridge between two of the three greatest theorists to have ever lived; Lenin and Mao. Maoists who would dispense with Stalin cease to be Maoists! To live on in our hearts is to live eternal. Happy birthday to the man of steel. Let one million communists be forged in your honor and in your vein.