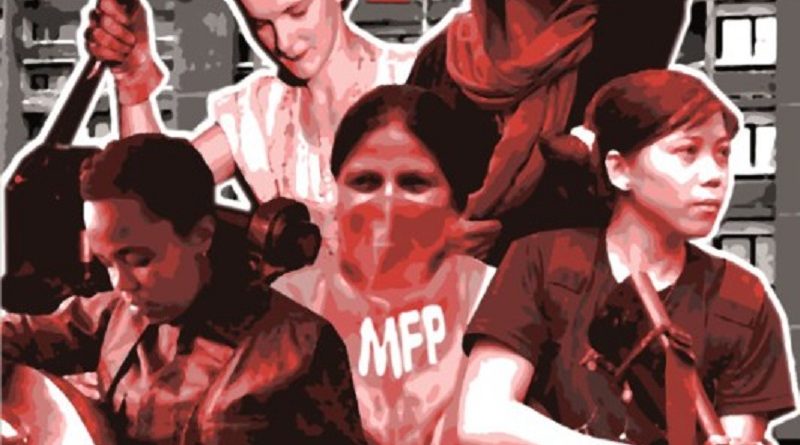 We women in today’s world are still sexually harassed (in the street and at work); Raped, beaten and abused by our spouses, by our relatives or by our bosses; sometimes without daring to denounce our rapists since it is obviously “our fault”; our bodies are reduced to the state of commodites; we face unpaid work, domestic work; for an equal work, our wages are not. Patriarchy was born with class society, which oppressed both semi-feudal, semi-colonial countries with feudal traditions and modern imperialist countries with capitalist exploitation with the transformation of the body into commodities.

From India to Turkey, from Germany to Italy, and across all countries, women from all over the world parade through the streets for March 8. But not all of them do it for the same reasons. Many put forward the question of equality, which is a just demand. But many women’s organizations, associations and political parties stay there. For us, the question of feminism can not be separated from the class struggle, since it’s the women of the oppressed classes that are subjected to double exploitation and thus are more oppressed. They are the ones who agitate individually and collectively, silently and loudly, risking their lives for their struggle and for their dreams of emancipation.

The interests of women are not united. It is clear that the interests of the Minister of Labor El Khomri and those of the workers are diametrically opposed. It is impossible to find oneself in the same battles, in the same struggles. One destroys the living conditions of other. The same goes for the women bosses – one is enriched on the backs of others. These are irreconcilable interests.

But workers and proletarians have common interests. On one hand, we are against capitalist oppression, which makes us like all the other proletarians, our workforce (very poorly remunerated or unpaid) is exploited to create the added value that enriches employers, banks, shareholders, in short the capital, and on the other hand we are against patriarchal oppression, which means that as women we do not have the same place in society as men.

Making a list of everything we do on a daily basis would be too long. But we must realize that we are doubly exploited, manipulated by the reactionary and patriarchal capitalist system ideology and its propaganda that drugs us.

We need to be aware of our situation, our strength, our power, our capacity to organize them and put them at the service of the revolution. It is only through this way that we can emerge from our modern slavery conditions.

We must fully assume our role in building the new Communist Party, the Maoist Communist Party, so that it becomes our tool for our liberation through the revolution. We will fight to the end, alongside the oppressed and exploited of the whole world.

It is up to us to take our place in the revolutionary movement!

We do not want to fix the system, we want to destroy it to build a new one!

Down with capitalism and patriarchy!04
Long live unity of the workers!
Long live revolutionary proletarian feminism! 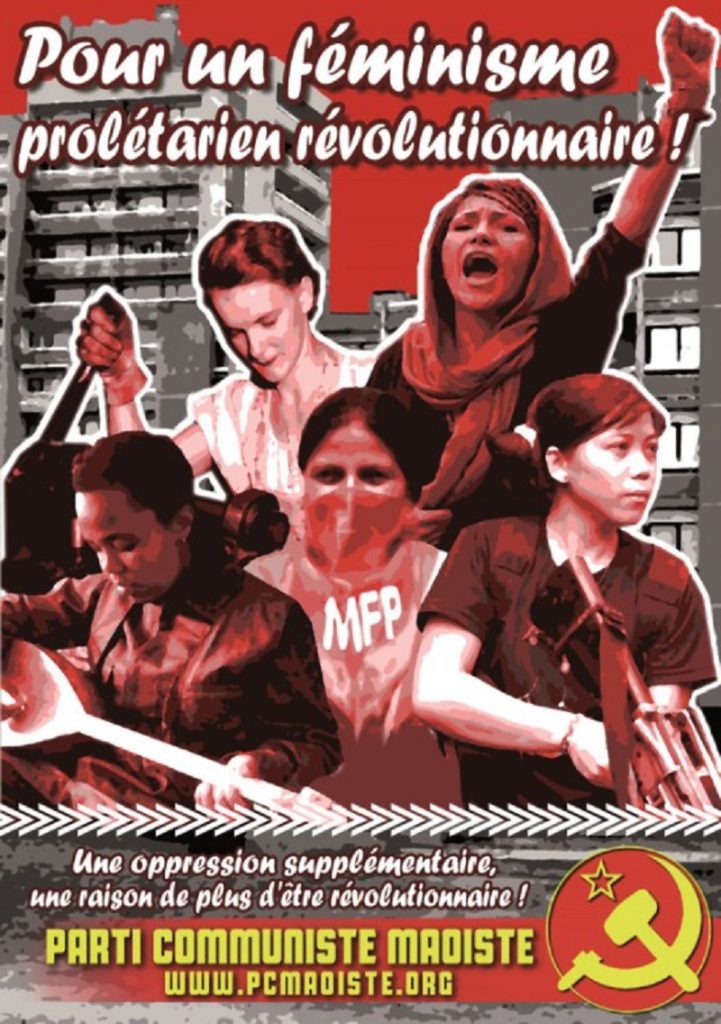