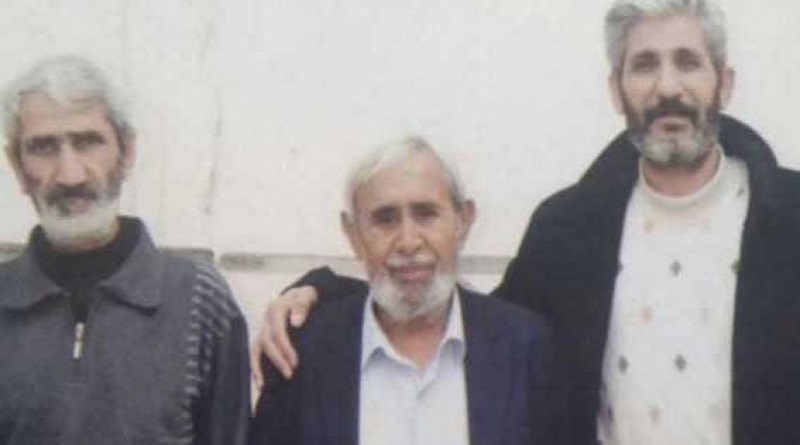 Three generations of the Sazak family are imprisoned in the same prison in Siirt, in Turkey’s Kurdish region.

80 year-old Haci Isa Sezek was taken into custody on 10 December and after two months in custody was sent to Siirt E Type prison, where he has been since, with his son and two grandchildren.

The 80 year-old suffers from many ailments the cause for which are the tortures he was subjected to in the 1990s. Visiting the elderly man in prison, his daughter and daughter-in-law said Sazak had lost a lot of weight and looked gaunt.

“My father is a well-loved man. It’s the same in prison. Despite all the difficulties he has a strong will. He is remaining positive. But a man of his age and with his ailments should not be in prison, this is an injustice. The Turkish Penal Code says anyone above the age of 65 should not be imprisoned. They are violating their own laws,” says Ayse Sezek.

According to his family, Sezek was arrested and imprisoned because of a photo and letter written in Kurdish on the back of the photo, as well a statement by a secret witness. His family say police and prosecutors used Sezek to make an example of him. “‘You complained to the papers about the detainment of an 80 year-old, now watch us imprison him,'” the judge told us, his family say.

One of Sezek’s grandchildren was released from prison recently. Sezek remains in prison with his son and grandson; all three of them are accused of being members of the Kurdistan Workers’ Party (PKK).