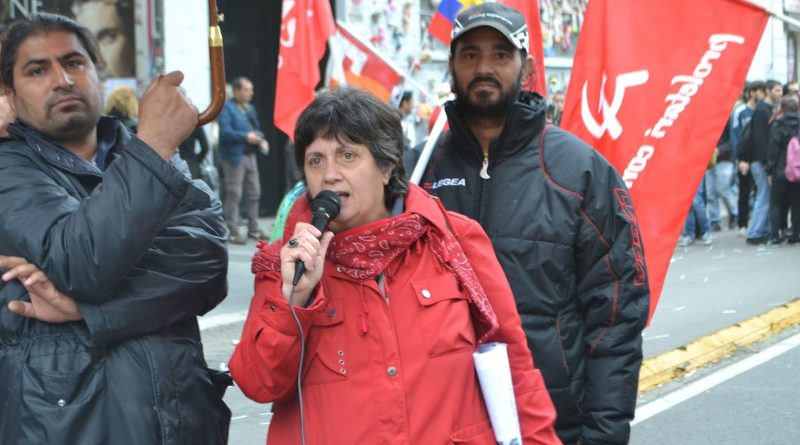 Taxiki Poria (Class March) denounces the arbitrary arrest on the 15 th of October 2018 and the house arrest for a whole month of the trade unionist and well-known militant of the women’s and anti-imperialist movement Margherita Calderazzi, in south Italy’s Taranta.

Margherita Calderazzi is the national co-ordinator of the Slai Cobas commitees of base in Taranta, an active member of the local resistance movements, an organizer of the struggles of the unemployed, the immigrants, the women and the anti-imperialist movement. She has suffered many prosecutions, as well as this time, where she is charged with the offence of a police officer while she was participating in a demonstration of the unemployed in front of the Town Hall.

Taxiki Poria (Class March) wants to highlight that the prosecution of Margherita Calderazzi is connected with the reactionary, anti-grassroots, racist policy of the Di Maio Salvini government, whose goal is to suppress all voices of resistance. We demand the immediate release of Margherita Calderazzi. We send our militant and internationalist salutations to her uncompromising struggle and we appeal to all trade unions and social collectivities in Greece to express their solidarity.