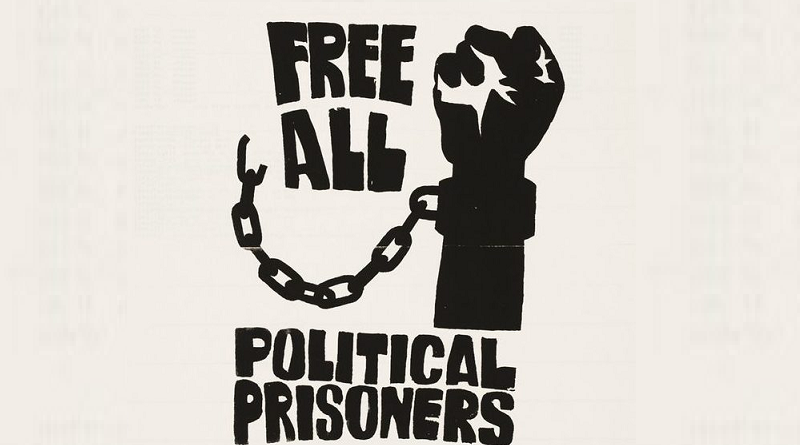 Samidoun Palestinian Prisoner Solidarity Network salutes Oscar López Rivera and Chelsea Manning on the commutation of their sentences by U.S. President Barack Obama. The victory of López Rivera and Manning is one for the Puerto Rican people’s movement and strugglers for justice throughout the U.S. and internationally who have demanded freedom for political prisoners in U.S. jails.

López Rivera fought all of his life as a Puerto Rican revolutionary against U.S. colonialism in his homeland, and for independence and justice. He has served over 35 years in U.S. prison for “seditious conspiracy” for his involvement in the struggle for the freedom of his people. Lopez Rivera’s prosecution and imprisonment came as part of a concentrated political attack on the revolutionary Puerto Rican movement for independence from U.S. colonial rule. López Rivera’s attorney, Jan Susler, said in 2012 that her client had been “punished for his beliefs and affiliations, for who he is, not for any act he committed.”

Manning, who was a soldier in the U.S. army, revealed materials and documents exposing war crimes and the killing of Iraqi, Yemeni and Afghan civilians by the U.S. war machine, providing the documents to Wikileaks. She was sentenced in 2013 to 35 years in prison.

López Rivera and Manning will be freed on 17 May. This was not a benevolent gesture by Obama, but a victory for popular movements. In the last days of the Obama presidency, it is a critical moment to step up the pressure for clemency and commutation for political prisoners in U.S. jails, including the following key cases:

Leonard Peltier is an American Indian Movement (AIM) activist who has served over 41 years in prison, falsely accused of involvement in the death of FBI agents engaged in an attack on the Pine Ridge Reservation. Peltier is in very poor health. His case has received wide support across the U.S. and internationally. This is Peltier’s last chance to live in freedom.

Dr. Mutulu Shakur, a New Afrikan activist, has been in U.S. federal prison for over 30 years and denied parole eight times. He is imprisoned for involvement in actions as part of the Black Liberation movement, was targeted by the FBI’s COINTELPRO program and is a co-founder of the Republic of New Afrika Movement. While he was scheduled for mandatory release in February 2016, it was unexpectedly cancelled.

These five Palestinian-American humanitarians raised millions of dollars in purely charitable aid for the Palestinian people. However, the U.S. government – with the aid of anonymous Israeli intelligence agents who were permitted to testify at their trial – criminalized their charity work and they are now serving sentences of 15 to 65 years in federal prisons. The conviction of the HLF5 has not only severely hurt these charity workers and their families, but has created a severe chilling effect on Palestinian, Arab and Muslim organizing and charity work in the U.S.

Veronza Bowers is a former member of the Black Panther Party who has been held in U.S. federal prison for over 37 years. He was convicted in the murder of a U.S. Park Ranger on the word of two government informers, with no eyewitnesses and no independent evidence. He was to be released in 2005 on mandatory parole, only for his release to be blocked and rescinded at the last minute.

President Obama may issue commutations and clemency grants until Friday, 20 January at noon. It is critical to continue to contact the White House until the last minute to call for commutation or clemency for Leonard Peltier, Dr. Mutulu Shakur, Veronza Bowers and the Holy Land Five, Mufid Abdelqader, Shukri Baker, Ghassan Elashi, Mohammed El-Mezain and Abdulrahman Odeh.