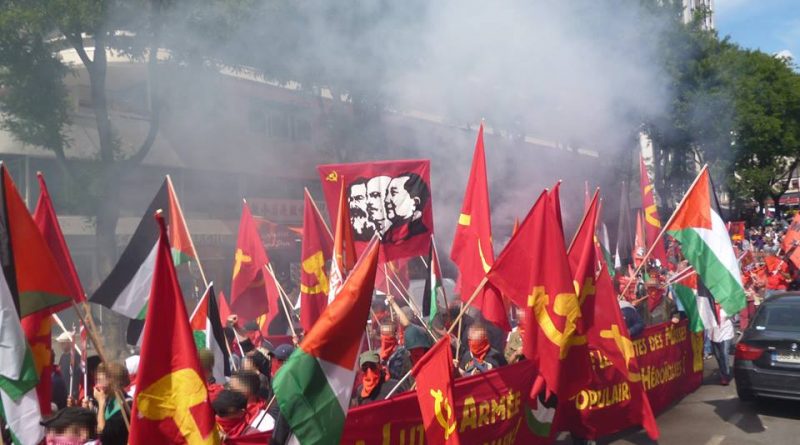 On the 23 June, a demonstration to call for the liberation of our comrade Georges Ibrahim Abdallah walked throught the 19th arrondissement of Paris to the historical Place de la République. It’s the third time such initiative is called by the Unitary Campaign for the Liberation of Georges Abdallah (Pictures from the two previous year can be found here : 2016 / 2017)

Particularity of this year: among the 200 participants to the demonstration, there was a militant block of the maoist forces, led by Jeunes Révolutionnaires, together with international guests from Germany, Ireland, Netherlands, Austria and Italy, and with the presence of the Turkish comrades from Partizan and SYM that counted around 80 comrades. The comrades chanted slogans such as “Long live armed struggle of the Palestinian people”, or “Not one, not two, let one thousand rockets fall on the settlers”, which are on the line of what Georges Abdallah fought for: liberation of Palestine, not by negociations, but by armed struggle.

Here are some pictures from the demonstration: 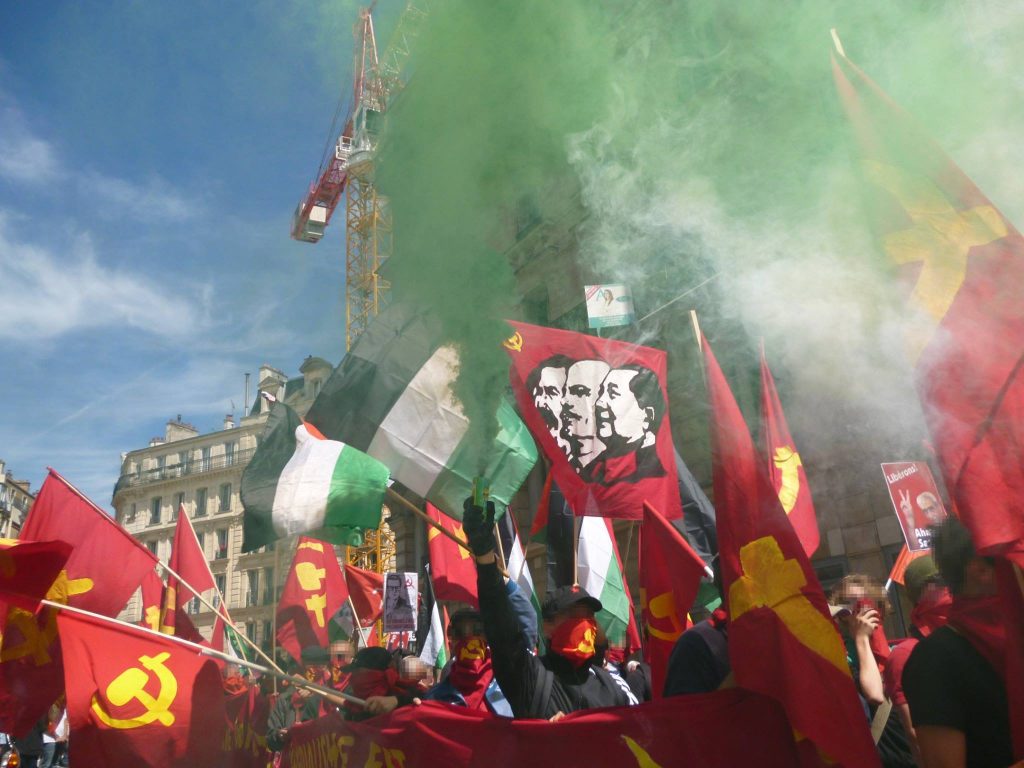 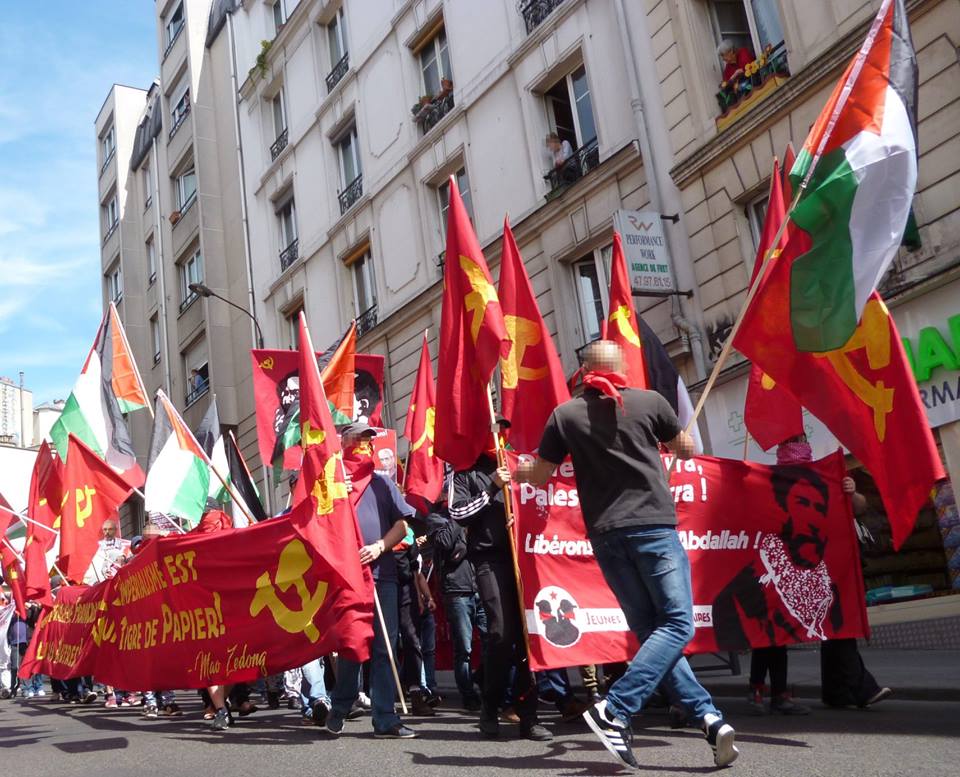 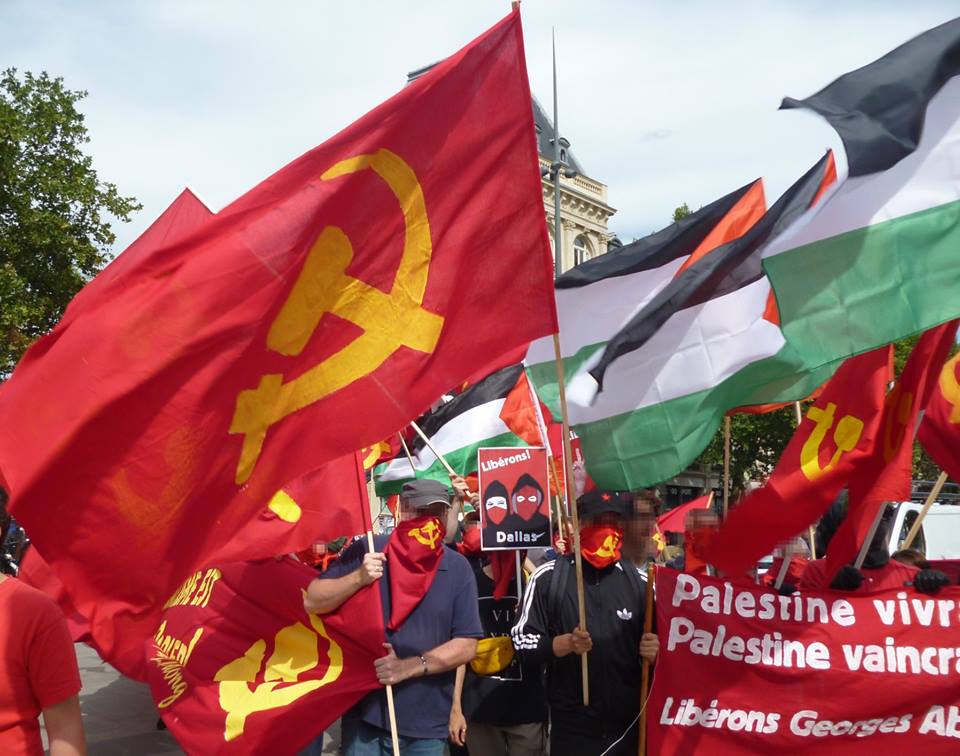 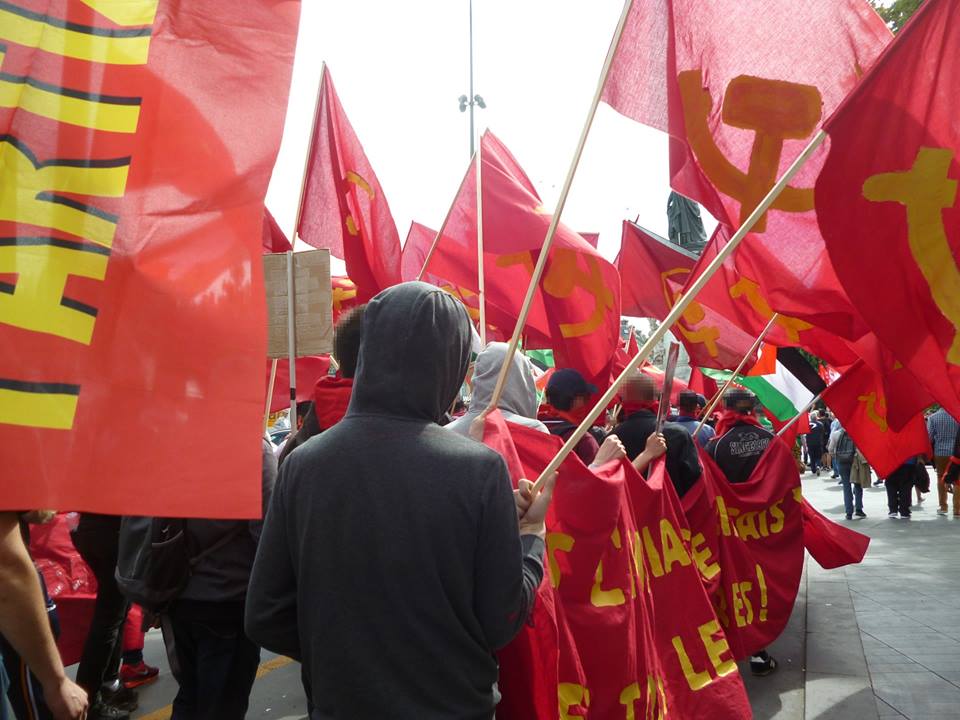 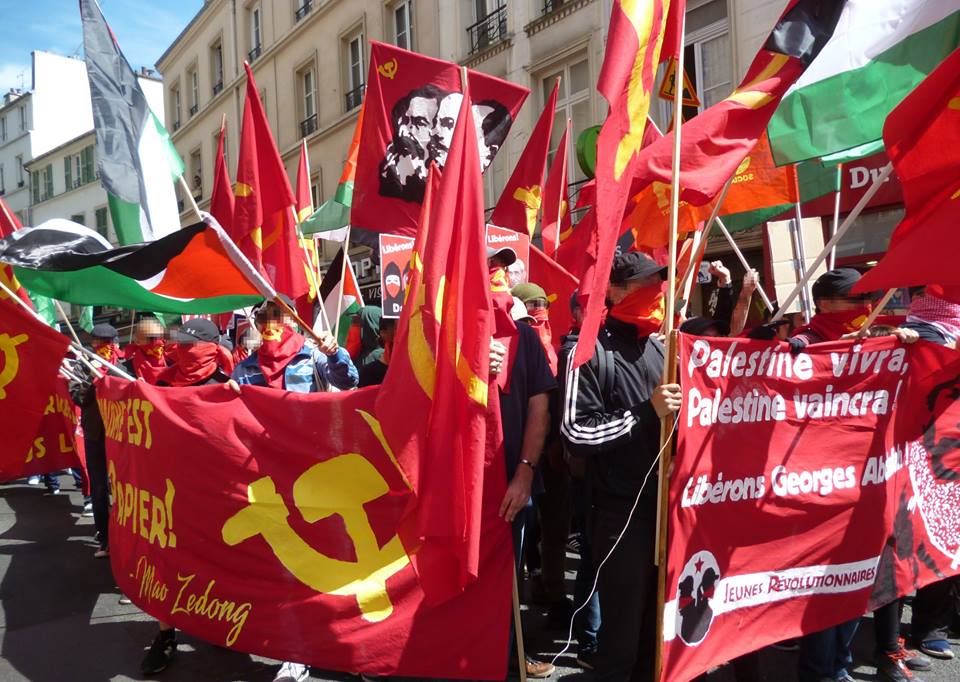 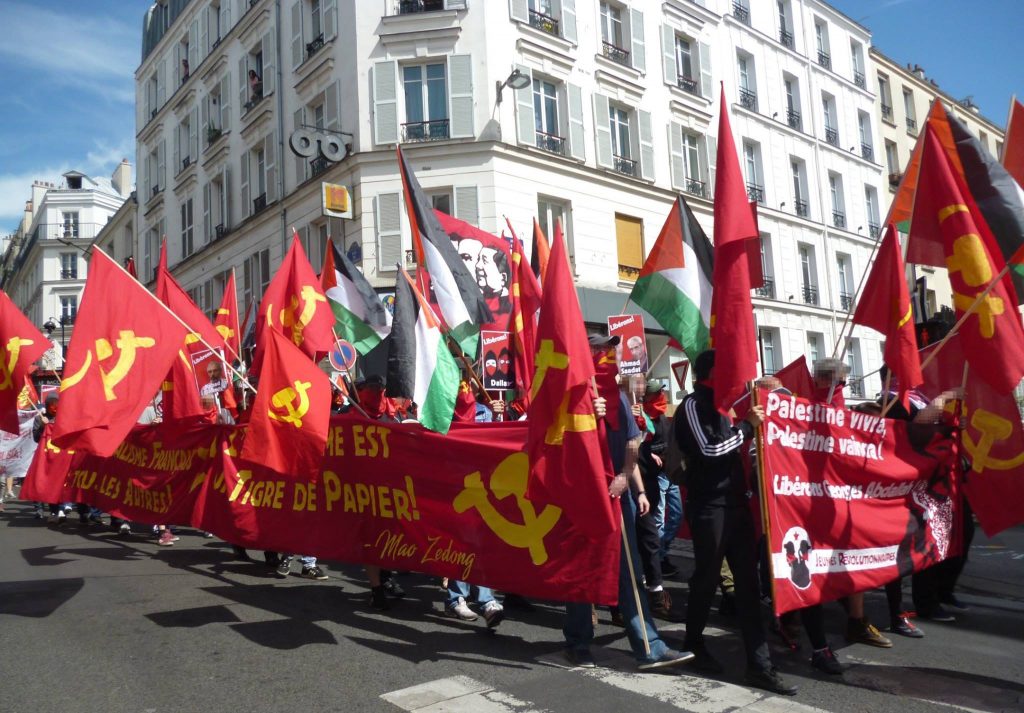 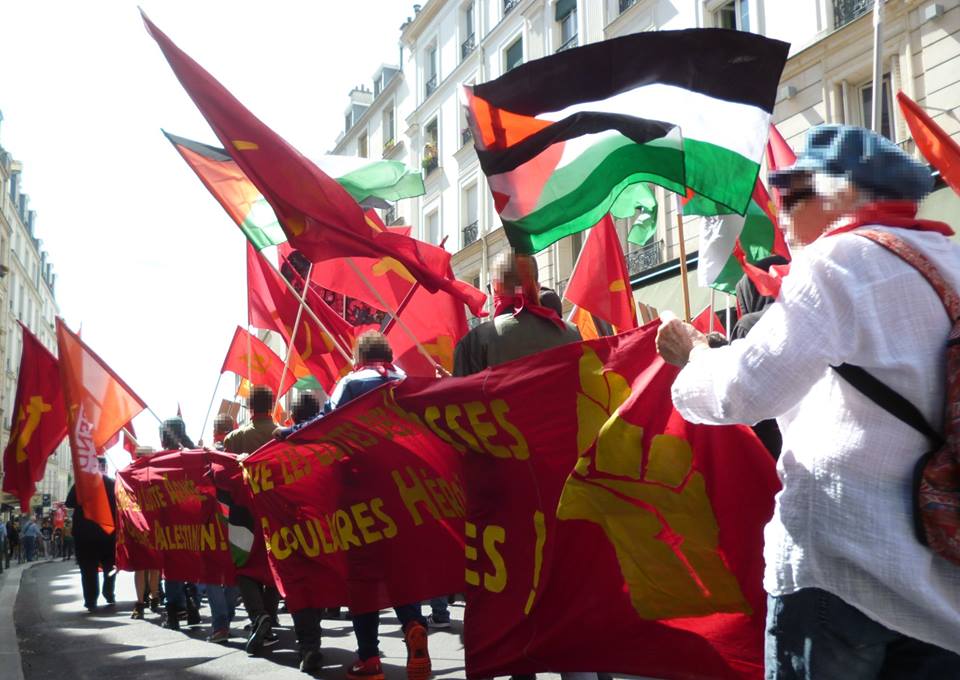