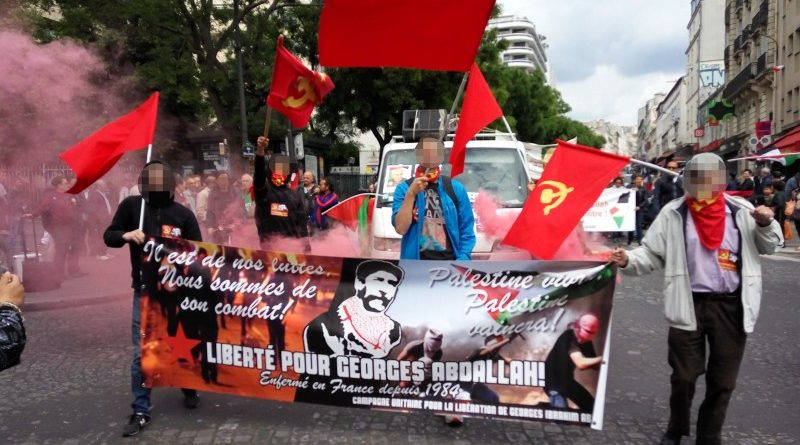 A week ago, Sunday, June 19, a demonstration to demand the liberation of Georges Abdallah (see the call for the demonstration on June 19, see also the call of the unitary campaign for the meeting of March 19) was called by the Unified Campaign for the Liberation of Georges Ibrahim Abdallah. A large number of demonstrators gathered at Place des Fêtes to parade to République going throught Belleville, where the different statements of the different organizations who attended the demonstration have been read. The demonstration brought together activists from all over France (Lille, Bordeaux, Lyon) but also from many countries (Italy, Switzerland and Belgium in particular).

Surprised by the number of demonstrators, the prefecture quickly sent reinforcements shortly after the start of the demonstration and a few trucks of cops were added to the many CRS already present. The CRS have also engaged in some provocations such as the search of a member of our security squad that they have targetted.

The date of 19 June is a highly symbolic date. It is the International Day of Revolutionary Prisoners since 1999 (see the platform of 19 June 1999) in honor of the more than 300 political prisoners of the Communist Party of Peru, who were executed by the Peruvian reactionary state on 19 June 1986.

Pictures of the demonstration of 19 June 2016 for the liberation of Georges Abdallah: 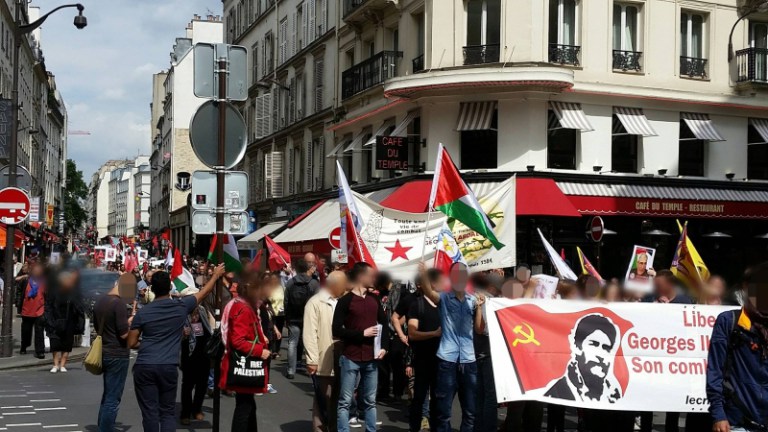 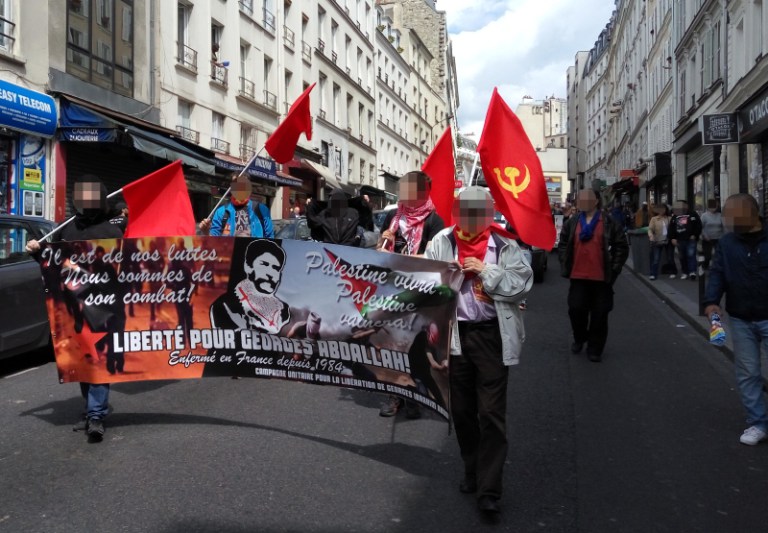 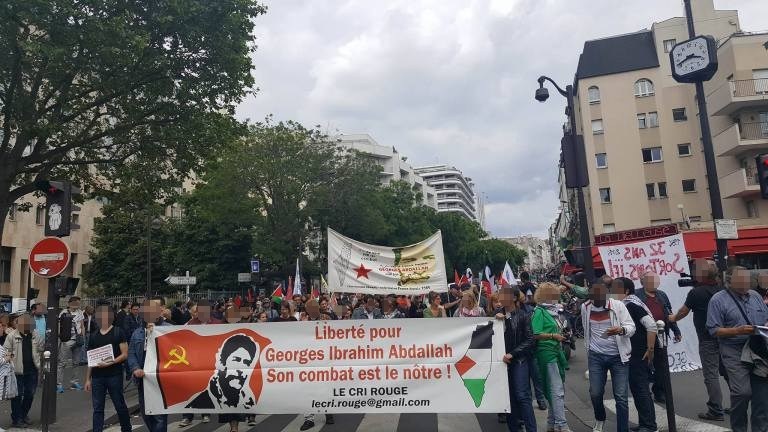 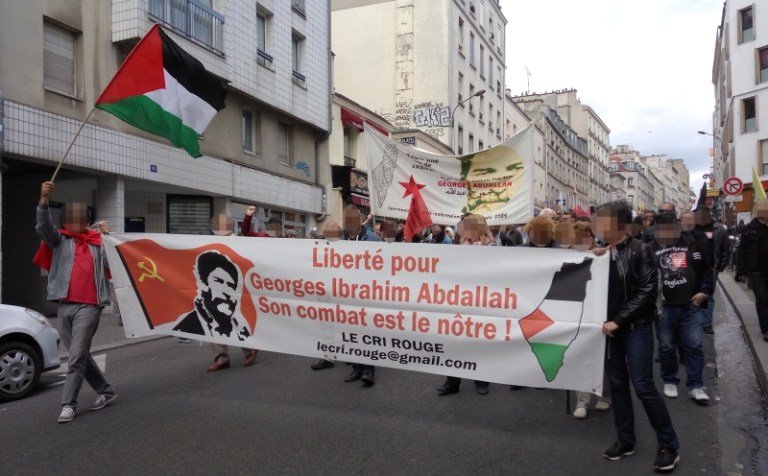 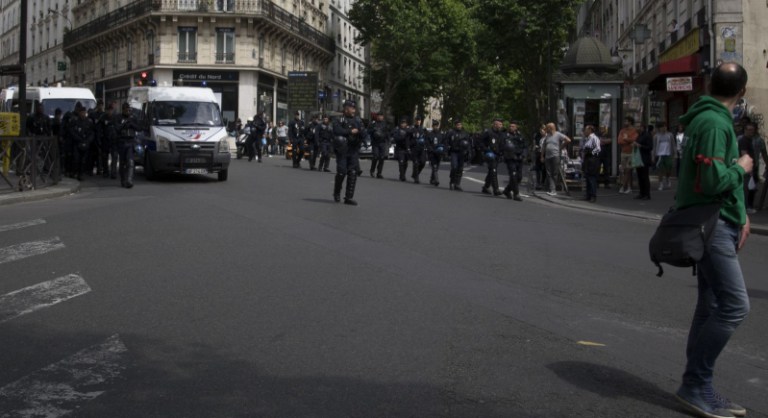 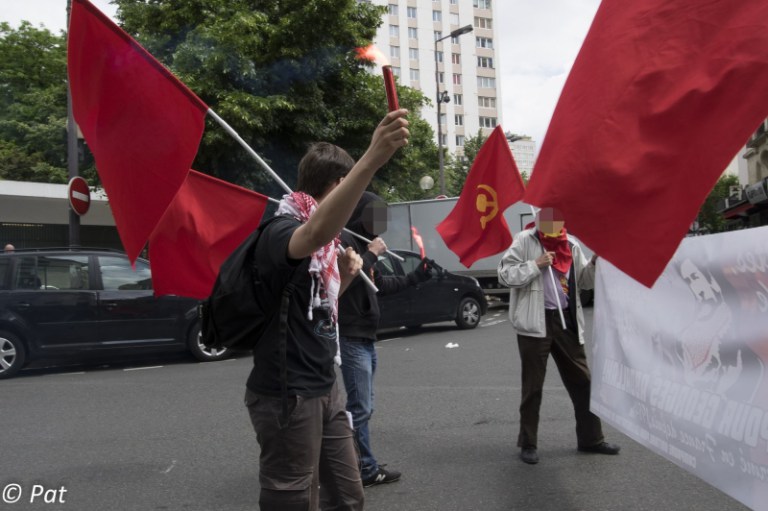 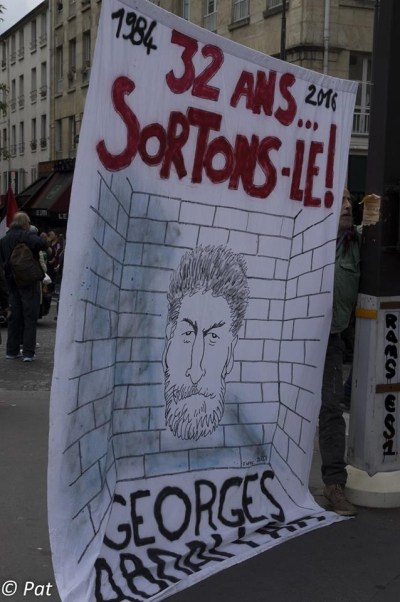 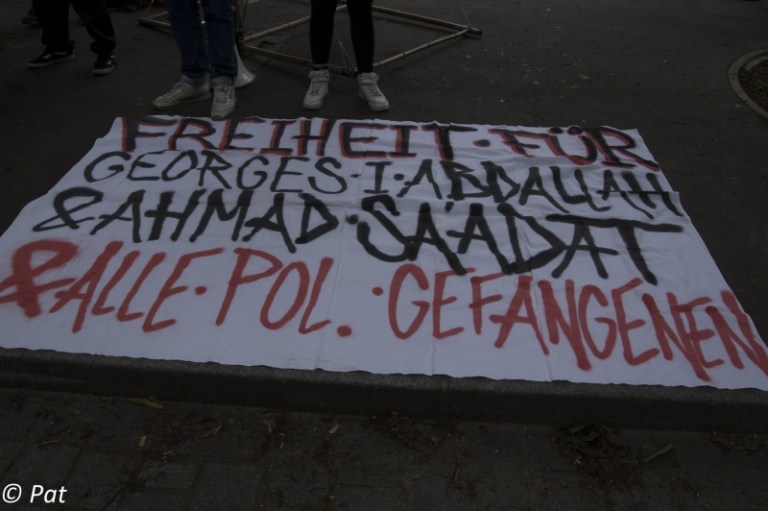 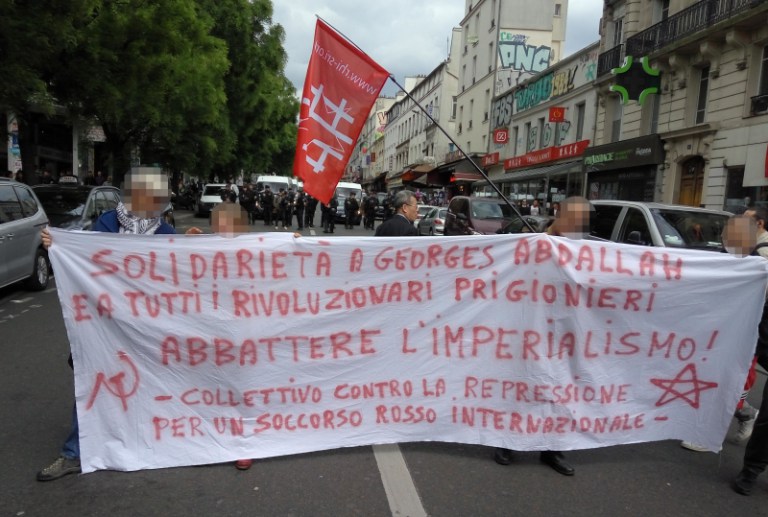 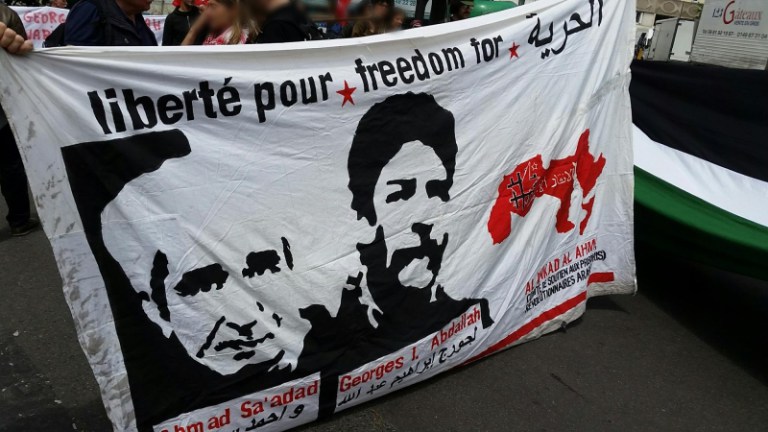 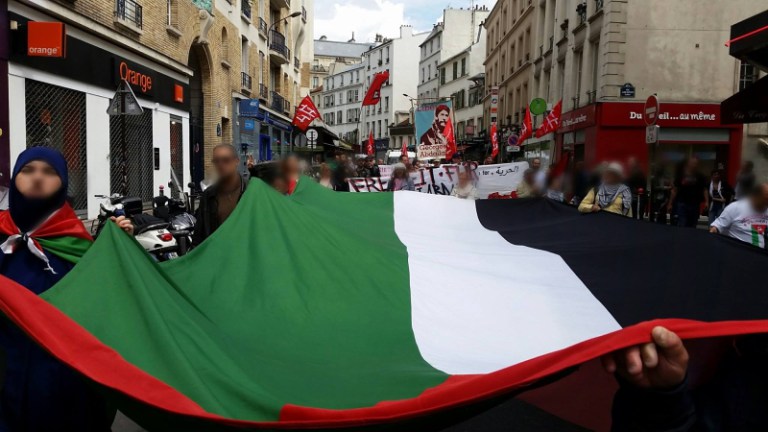 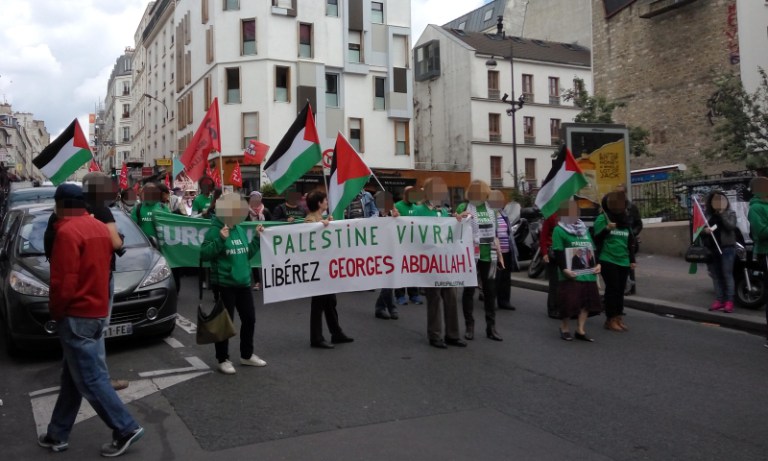 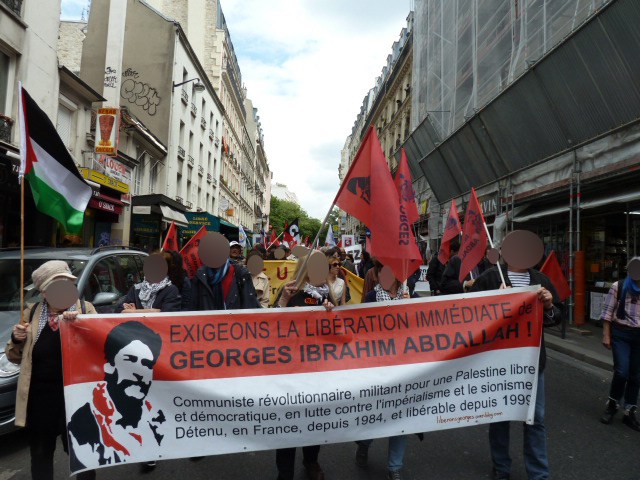